This morning more than 250 of you joined us at Bisnow's Chicago Construction & Development Summit. The big takeaway: public/private partnerships provide the capital to get projects off the ground and are revitalizing neighborhoods from Lawndale to Hyde Park.

With the combined resources of the city, the private sector, and educational institutions, DePaul will soon have a new basketball arena, Hyde Park will see a retail renaissance, and Lawndale's healthcare system will be propelled into the next century, development panelists told us. But as construction technologies evolve, it will become more pressing to attract and retain skilled tradespeople who can build these state-of-the-art structures, according to our construction panel. 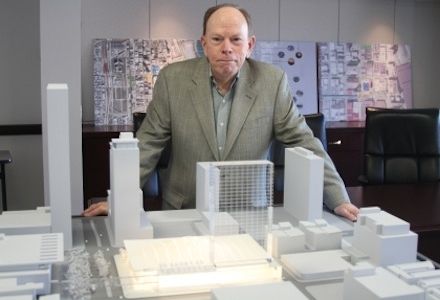 Our development panel included Metropolitan Pier and Exposition Authority CEO Jim Reilly, whom we caught up with before the event. Jim says the MPEA is moving along with its major projects: It's in the process of acquiring the property and well into design for both a 10,000-seat event center at McCormick Place (finally a venue big enough for Carrot Top to come into town) and a 1,200-room HQ hotel next door, which will be operated as a Marriott Marquis. They'll be sending out RFPs for design/build teams in the first quarter of next year, and are working closely with the alderman and neighborhood on community-related issues like traffic, Jim says. 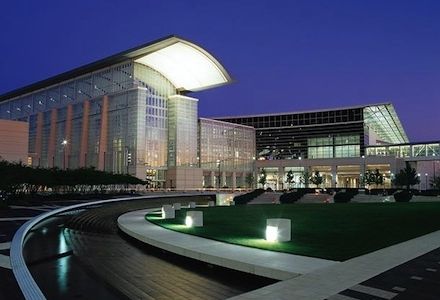 These new projects will put McCormick Place in a position to compete with convention business that previously bypassed Chicago for mega hotels in Vegas or Orlando, Jim tells us, where they can "eat, sleep, be entertained, and never go outside if they don't want to." (That comes in handy around February.) The new hotel, plus the 1,260-room Hyatt Regency will create a similar feel, connected to McCormick Place physically via the Skybridge. And development always snowballs—Jim predicts MPEA projects will spur local private development, including much-needed restaurants and nightlife that will also benefit local residents. Outside of work, Jim's brushing up on his German for a trip to Austria to see the Vienna Philharmonic on New Year's Eve. Stay tuned tomorrow and Thursday for in-depth event coverage.