CBOT Owners Opt For Refinance Instead Of A Sale 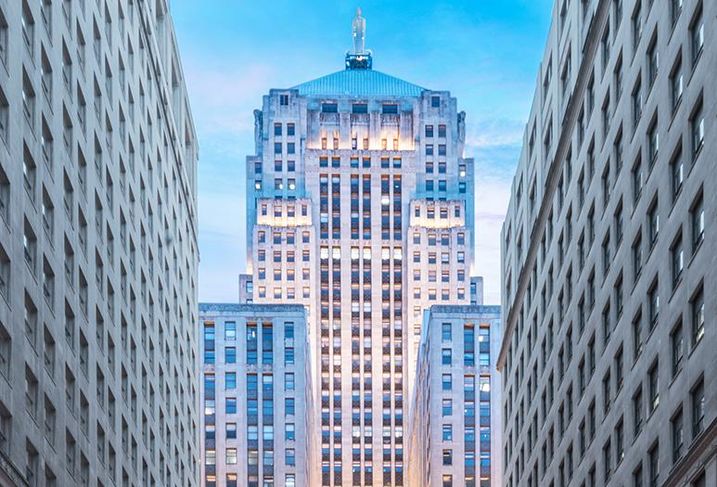 Finding buyers for downtown office buildings wasn’t easy last year, and many owners instead opted to refinance properties they had been shopping around. Joint venture partners GlenStar Properties and Los Angeles-based Oaktree Capital Management, owners of the iconic Chicago Board of Trade Building, just joined that group by securing a $256M loan for their property at 141 West Jackson Blvd.

Chicago-based Glenstar purchased the Art Deco building in 2012, along with former partner USAA Real Estate, for $152M, then spent about $35M on upgrades and new amenities for the 1.3M SF complex, which consists of a 44-story North Building and the 22-story South Building.

Glenstar completely revamped the building, adding a 24/7 fitness center, a renovated lobby with concierge services, a videoconference center, a rooftop deck and a game room, as well as new restaurants and bars such as Ceres Café Bar and Patio and Cellars Market.

“While the remarkable history of this building is well-known, the real story here is a next generation icon resulting from the transformative renovations ownership has made,” JLL Managing Director Christopher Carroll said.

HFF, later acquired by JLL, began marketing the building for sale last spring with a suggested price of $330M, according to Crain’s Chicago Business.

Carroll, along with JLL Director Lucas Borges, worked on behalf of the owners.