How Groups Across The Country Are Partnering With, Conceding To, Or Battling Neighborhood Groups

NIMBY: it's an acronym that sends chills down the spines of real estate developers. It's often the rallying cry of neighborhoods, and even the White House views it as a detriment to urban planning and affordable housing. We ID'd projects across the country that have dealt with neighborhoods in different ways. 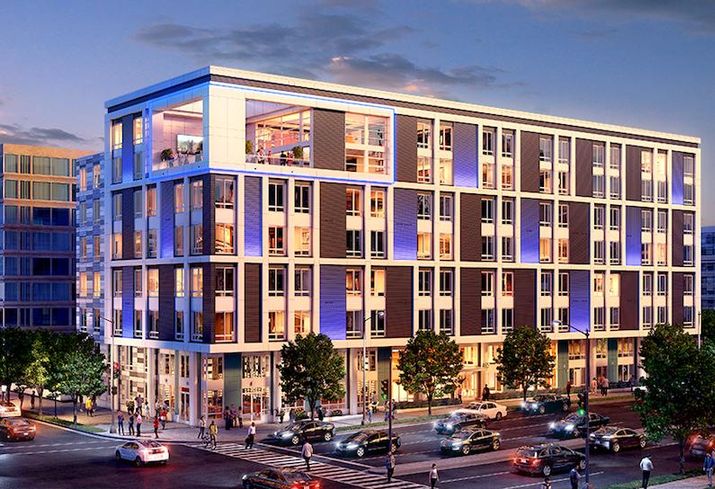 Real estate pros need to be sensitive to the wishes of the residents who helped make these neighborhoods attractive to developers in the first place. For these residents, the fears of overbuilding and a development's scope are real. Developers who gather and address concerns of its residents can facilitate pushing a project through the pipeline.

That often means lowering density, even though it's a painful proposition at today's land prices. Mill Creek Residential, which is developing a second phase of I.M. Pei's View at Waterfront in Washington, originally planned two high-rises but opted to build fewer units in a shorter project after local residents and the neighborhood association voiced reservations about density.

Mill Creek vice president of development Josh Posnick says taking these objections to heart allowed Mill Creek to design complementary buildings that respect the context and scale of the community. 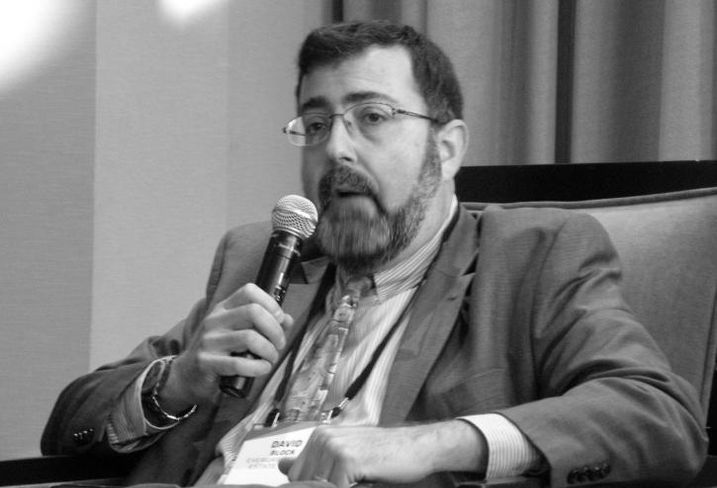 Evergreen Real Estate director of development David Block has had success partnering with local nonprofits to garner the community support that any challenging multi-year project needs.

Evergreen, which builds affordable housing, looks to work in areas with neighborhood groups and nonprofits that recognize well-managed change is vital. David says some anti-development groups can even come around if developers offer them a vested interest in the project. The same holds true when dealing with local politicians. David says it’s essential to look for development opportunities in communities where an alderman or councilman can be an ally.

An example: Evergreen is repurposing a former hospital in Aurora, IL, into senior housing, which benefited from early, enthusiastic support from both community groups and the mayor. The mayor’s office assigned a person to work with Evergreen through every step, from getting financing through grand opening.

Meanwhile, Evergreen has two community groups with vested interests in the project. One, Invest Aurora, is a partner in the project and is working to secure resources ranging from state and local tax credits, to identifying minority firms to subcontract for the project. Another, Northern Lights Development, is getting the word out on the development and the positive effects it will have for the town. 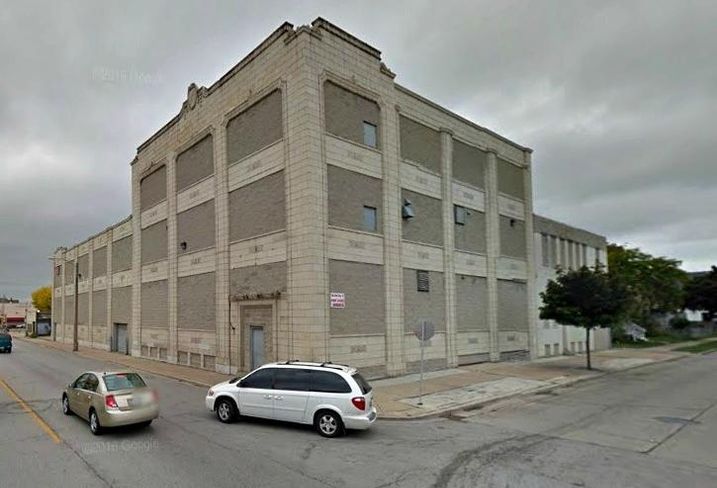 In Milwaukee, where Evergreen is repurposing a former ice cream plant at 15th Street and North Avenue (pictured) into loft housing, nonprofit Legacy Redevelopment helped it ID minority contractors and tradespeople. Plus, its status as a community home development organization gives the project preferential access to federal resources for the $14M project. (That's one way to balance out a hit from lower density!) David says Evergreen's relationships with community groups have proven so fruitful, he's hoping to work with the same partners for future projects in Chicago's western suburbs. 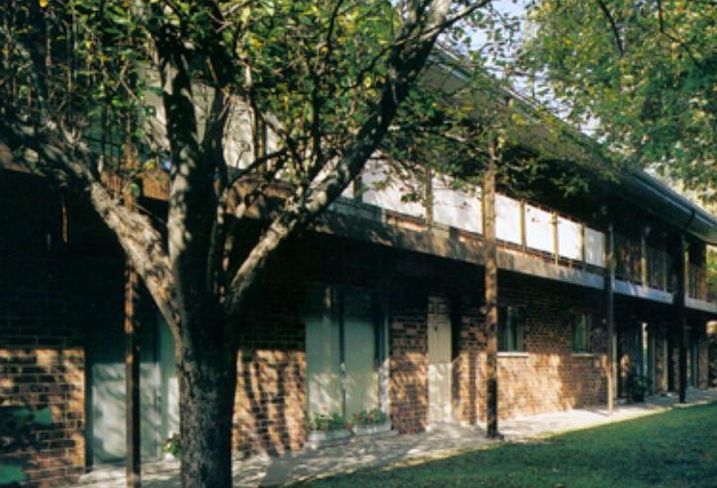 The Habitat Co VP of community development Jeff Head agrees that having a neighborhood partner involved at every stage of a development’s progress is essential to overcoming objections, something Habitat learned in its experience as receiver for Chicago Housing Authority properties.

In some cases, Habitat has been able to identify opportunities for community groups that otherwise may have gone unnoticed.

Habitat reached out to The Resurrection Project, a nonprofit in Chicago’s primarily Mexican Pilsen neighborhood, about redeveloping an affordable housing asset Habitat owned in Melrose Park, IL. Jeff says he had known the leadership at the Resurrection Project for some time, was aware of its fight for affordable housing and that Habitat was having difficulty filling the funding gap for the project.

The two groups found a solution where Habitat sold the asset to Resurrection Project for more than $800k below market value, qualifying the property for the Illinois affordable tax credit. The combination of tax credits and below-market sale generated $1M in capital toward the asset’s rehabilitation. The Resurrection Project cut the ribbon on the 142-unit Casa Heritage (above) last month.

Relationships with local pols can also help bring a neighborhood around. Habitat’s experience as CHA receiver has made it easier to deal with local aldermen. Jeff says they have consistent sets of concerns for their wards and it’s important to bring projects to them first.

Habitat reached out to local pols on repurposing a former SRO in Chicago’s East Garfield Park neighborhood, an area where real estate development is almost nonexistent. Through those discussions, Habitat determined the redevelopment should provide employment opportunities for local residents, especially those at risk of homelessness. Those discussions paved the way for Habitat to receive substantial city assistance for the development, which Habitat hopes to close on by the end of the year. 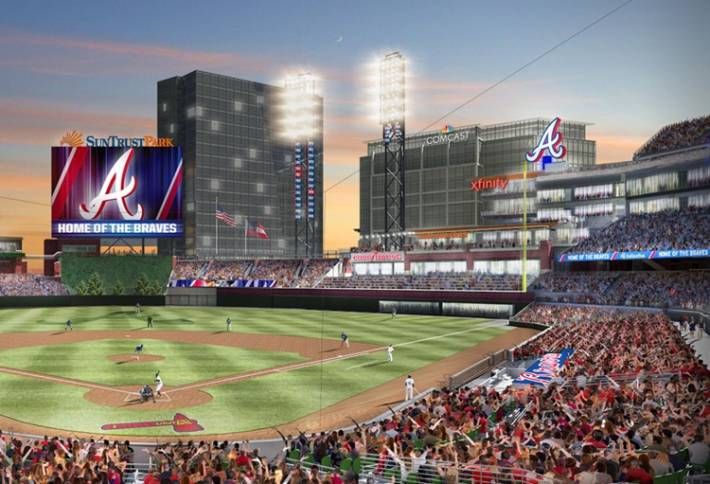 And then there are some instances where the NIMBY cries become so incessant that developers and politicians have to make tough decisions.

Such is the case in Atlanta, where the Atlanta Braves' efforts to build SunTrust Stadium in Cobb County, GA, have grown so contentious that officials are moving forward with the project over accusations from community groups that the county and the Braves have cut them out of negotiations to facilitate the stadium's construction.

Cobb County chairman Tim Lee argues residents will like the end result; he believes having the Braves in Cobb County will result in a "halo effect" of generating $1.2B for the local economy over the next three years.

The NIMBY argument has even grabbed the attention of the White House. The Obama administration is considering adding $300M to HUD's FY 2017 budget so local governments can apply for grants that would help them update their zoning laws. The White House's housing development toolkit aims to fight the affordable housing crisis with recommendations to enact higher-density zoning, with a particular focus on development near public transit zones, as more renters and homeowners are adopting a car-free lifestyle. (Could "because the President says so" help projects get done?)