The Charlotte real estate boom market isn't just for multifamily or office any more: even retail, much hurt by the recession, is making a dramatic recovery with shopping center development popping up in the core and the suburbs. That's one reason we're excited to present our Bisnow Charlotte State of the Market event this Thursday (Feb. 25) at the Fillmore Theater. 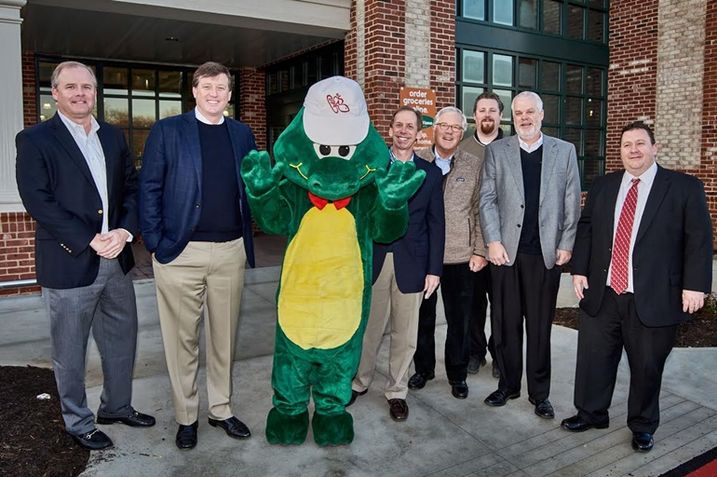 Aston Properties president George Dewey, who will be one of our speakers, tells us that the robustness of Charlotte's economy means continued retail development in both the suburbs and the urban core. Aston Properties is fortunate to be developing in both of these areas, he adds. George is second from left, snapped with the Harris Teeter mascot, Harry the Happy Dragon, at the grand opening of Caldwell Crossing in Harrisburg. 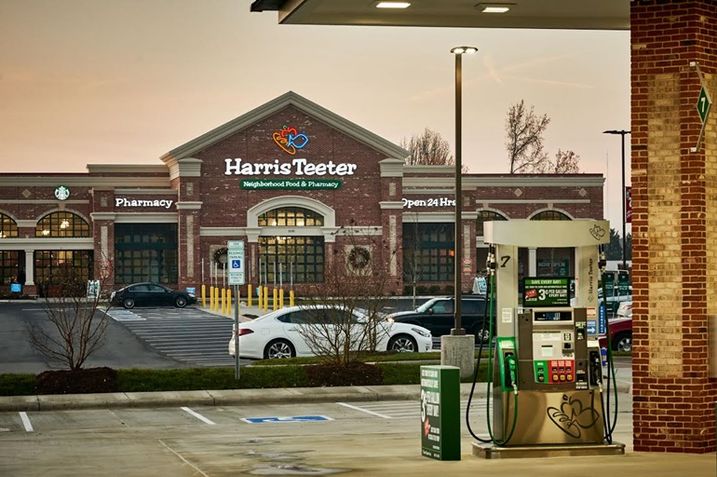 Harrisburg was the second-fastest-growing town in the Charlotte MSA from 2010 to '14, and was made No. 41 on Money magazine's list of Top 50 Best Places to Live in 2015, George notes. Aston Properties completed Caldwell Crossing there in December. The new 85k SF Harris Teeter-anchored shopping center includes North Carolina’s first HT Fuel Station (pictured).

George also says that Waxhaw experienced an astounding population growth rate of 13.2% in 2014, the most in the Charlotte MSA and one of the largest in the nation, which has allowed the company to continue the expansion of The Shoppes at Howards Mill in Waxhaw. 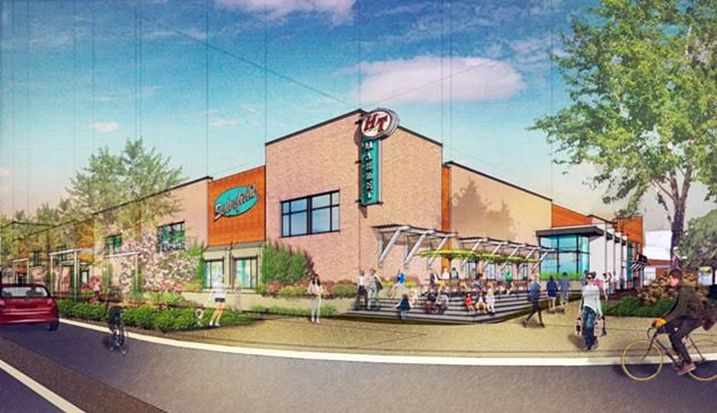 In the urban core, Aston Properties is redeveloping Sedgefield Shopping Center with Marsh Properties in the South End, at the intersection of South Boulevard and Poindexter Drive. The Phase 1 retail includes more than 12k SF of shops and a full-service Harris Teeter set to open in early '17.

Find out more at our State of the Market event beginning at 7:30am Thursday (Feb. 25) at the Fillmore Theater. Sign up here.