What Will New Leadership Mean for Charlotte?

With all the Queen City has been through politically since 2016, developers’ needs may not be an immediate priority after the elections.

On Nov. 7, a new mayor and at least six new City Council members will be elected. The future of Charlotte is in the hands of newcomers. What will this mean for commercial real estate needs? 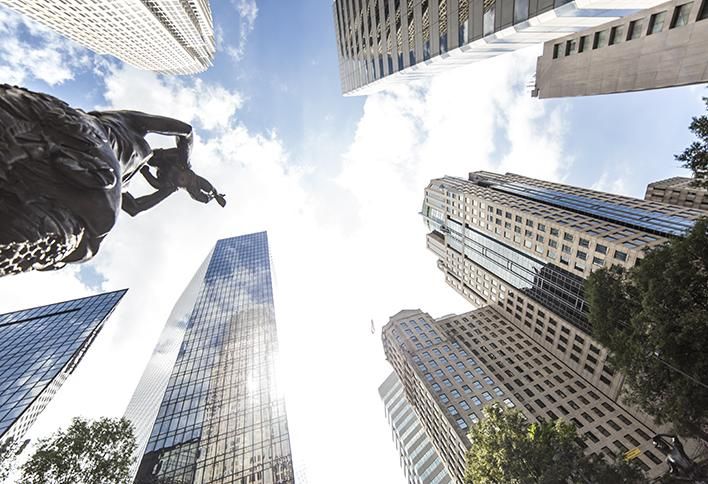 Mayor Jennifer Roberts lost her seat in primary elections amid struggles first with the HB2 controversy and later after the city took heat for its reactions after the shooting of Keith Scott and ensuing protests.

The Charlotte ordinance stating transgender people could use the bathroom of their choice, setting off a statewide battle that led to state law HB2 being passed in special session, dealt a big blow to commercial real estate in Roberts' term. Major events were canceled and corporations changed their minds about coming to the Queen City. The State of North Carolina lost about $3.8B. Earlier this year, North Carolina passed compromise bill HB142 to replace HB2, and Gov. Roy Cooper recently signed an executive order on discrimination and bathroom access.

Critics said the city's response to the Charlotte Mecklenburg Police Department shooting death of Keith Scott in September 2016 was an additional detriment to real estate. The shooting set off a wave of protests that turned violent, propelling Charlotte into the national spotlight. Interstate 85 was blocked, a tractor-trailer was set on fire, and Uptown businesses had windows broken. CMPD officers and protesters were injured, and protester Justin Carr lost his life.

The two events have Charlotte residents looking for a reset in local government. 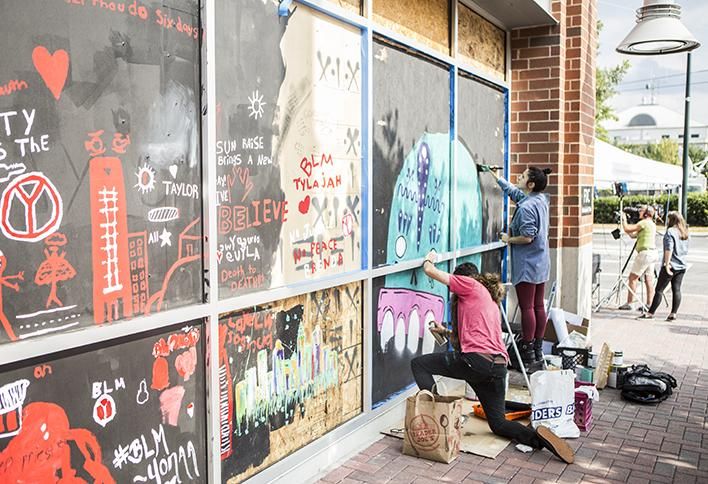 Courtesy of Alex Cason
After the Hyatt House windows were smashed during protests in Uptown in September 2016, management invited artists to paint boarded-up windows. These paintings have since been displayed at Levine Museum of the New South's "K(no)w Justice K(no)w Peace" exhibit.

“There was a tremendous movement for change,” Charlotte City Council Economic Development Committee Chair James Mitchell said. “A lot of different people offered themselves up to serve the public.”

Mitchell expects the new wave of leadership to focus on issues such as police accountability, and less on technical work, such as streamlining commercial real estate permitting processes.

Mitchell said we should expect all policy discussions to slow to a crawl for the next couple of years as new leaders learn to work together. All City Council members are required to receive state ethics training and orientation and to take an essentials of government course offered by UNC Chapel Hill’s School of Government.

“People have to get comfortable with the budget process; people have to understand how to serve their constituents,” said Mitchell, a Democrat running for re-election for his at-large seat on City Council. “So it’s going to be a tremendous learning curve.”

Charlotte has a council-manager form of government, meaning decisions are largely made by City Council and implemented by a city manager. The mayor's official power may be limited, but no less in the spotlight.

Next week’s mayoral election showdown pits the developer against the public servant.

Lyles said she wants to see opportunity for people to be able to both work in the city and afford to live there. Smith said he wants to concentrate on more jobs, safer streets and smarter infrastructure.

By 2035, more than 321,000 new people will live in the City of Charlotte, adding up to a population of 1.16 million, according to the Chamber of Commerce.

Commercial real estate permitting improvements need to be addressed in the upcoming term, said Mitchell, who is a business development manager at JE Dunn Construction.

“One thing we hear loud and clear from the development community: We need to improve our permitting process. It is taking too long for people to get their permits; and in the construction business, time is money, and so we still need to improve that process.”

Mitchell hopes the development industry, city government and neighborhood groups will work more closely together and build a shared vision for Charlotte and specific neighborhoods.

“When neighborhoods see the ‘Blue Z’ [representing new zoning or development] go up, that causes a lot of tension. The first thing neighbors will say is ‘What's being developed?’ and ‘Not in my backyard,’” Mitchell said.

“Charlotte is at its strongest when both the business community and the citizens are working hand in hand, and we all understand the vision,” Mitchell said. 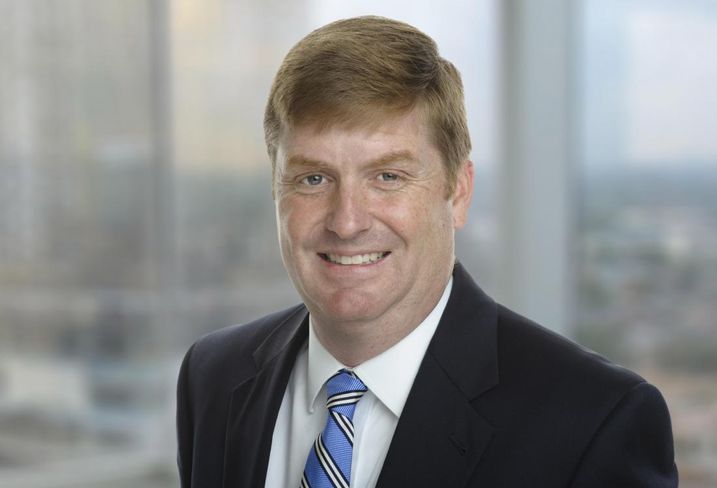 Smith, a broker for New South Properties of the Carolinas LLC, said his commercial real estate experience makes him equipped to come up with a long-term plan for the city’s growth.

“We put a lot of wheels in motion in the late '80s/early '90s to become the city we are today,” Smith said.

“We did not account for population growth. We didn’t have a city with an integrated plan: roads, housing, infrastructure. We now know people are coming, so the decisions we make for the next two years are going to affect us for the next 50,” he said.

Citing projects such as the upcoming River District, Smith said it is time to get ready. 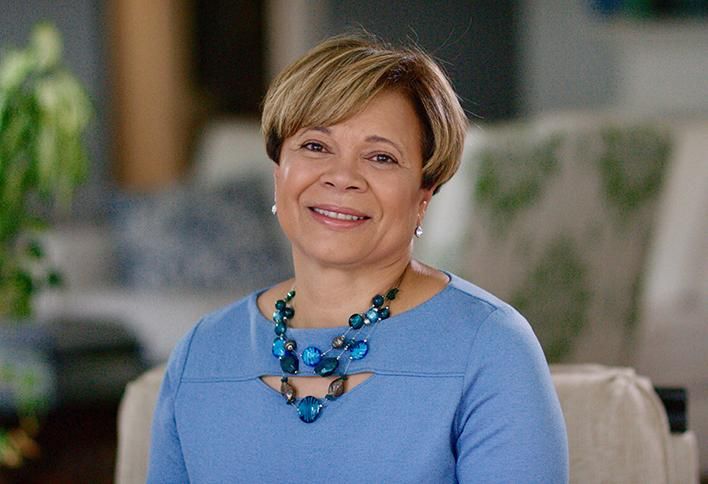 Lyles, a former budget director, two-term City Council member and mayor pro tem, is focused on establishing trust between police and residents. She is also campaigning for affordable housing, public transportation and an increased minimum wage.

“Development is about infrastructure and land use, and we need to continue to work with incoming companies to be strategic about the economics of development,” Lyles said. "All people should be afforded opportunities to participate in Charlotte’s economic growth. I also support minority and women business participation; entrepreneurial growth; public-private partnerships and workforce development to bring jobs to our city."

Affordable transportation is important as the city continues to grow, she said. “Charlotte can address the cost of transportation for the workforce. A smart city must have mass transit choices. The need is there but the money isn’t. If we’re able to find a solution that works to continue to fund our transportation needs, Charlotte will continue to grow and be an efficient place to do business.”

Part of Lyles’ plan is to protect those who have trouble entering the workforce, including those with criminal records. She wants to require city contractors to participate in the international “Ban the Box” campaign, which seeks to have people hired based on qualifications, without considering conviction histories.

Responding to Smith’s criticism of her affordable housing vote, Lyles said, “If you don’t know your history, you’re bound to repeat it. I know our history; I know what we can do. To say that I did not support affordable housing when I was actually the staff member that brought forward the affordable bonds, that’s not that long ago, within my experience,” she said. “So I did work in government and I’m proud of it.”