Crescent Communities acquired a 2.3-acre site in the Dilworth neighborhood, with plans to build a mixed-use property, Crescent Dilworth. Expectstreet-level retail and about 300 units. The seven-story building will also featurefive levels of apartmentsand two levels of parking. (We assume those levels are expert and beginner.) 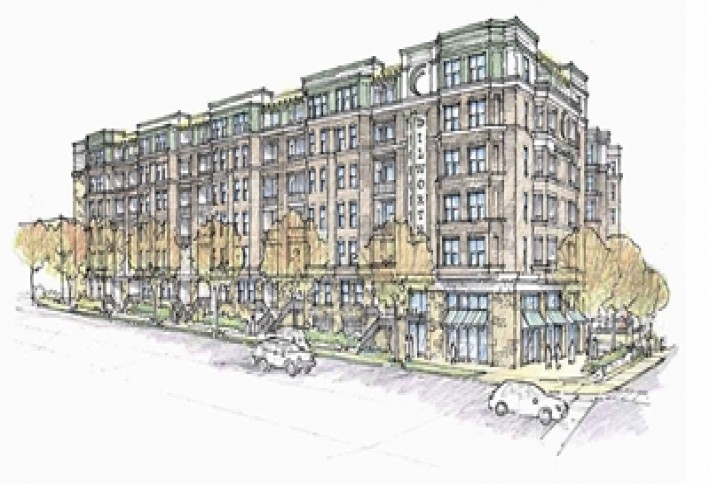 Ground will break next week for the Yards at NoDa in the Historic Arts District on the site of a former truck yard. Gvest Partners, a real estate investment partnership with offices in Charlotte and Atlanta, is developing the 342-unit apartment complex.

Old Edwards Inn and Spa in Highlands, NC, completed acquisitions and other work to its property, which is a mountain resort. Among the additions is the new Falls Cottages at Old Edwards, which adds 22 new guestrooms when completed this month. Its rooms are housed in nine cottages built by John Lupoli Construction using native stone and wood with copper accents.

Charlotte-based Northwood Ravin opened Lofts at Weston Lakeside and St. Mary's Square in the Triangle. The Lofts at Weston Lakeside is adjacent to another Northwood Ravin property in Cary, and is already 29% pre-leased and 8% occupied. St. Mary's Square, which is located in the Glenwood South district of Raleigh, will see its first residents move in next week; the property is already 19% pre-leased.

Charlotte-based New South Pizza, owner of Brixx Wood Fired Pizza restaurants, is opening new locations in the Atlanta suburbs of Peachtree City, Marietta, and Athens. All three will be launched by franchise owners. They are the brands first expansion into Georgia; currently, there are 21 Brixx locations in NC, SC, Tennessee, and Virginia.

Charlotte-based Capital Advisors opened a Greensboro, NC, office and hired Glenn Enochs III to run it. The location will be a loan production office. Before joining Capital Advisors, Glenn was with Dickerson, Logan, Todd & Barber, most recently as SVP and member of its board of directors. During his time there, he originated loans totaling nearly $1B.
Contact at
Related Topics: South Carolina, Northwood Ravin, Crescent Communities, Capital Advisors, The Lofts, Peachtree City, Gvest Partners, Weston Lakeside, Kiawah Partners
Confirmed! You are subscribed to the Bisnow Charlotte E-Newsletter.
Most Read Stories
More Top Stories
Bisnow Charlotte Newsletter
Bisnow Charlotte Newsletter