A small, Boston-based technology company known for its work in security and personal identity authentication filed a lawsuit Sunday in U.S. District Court in Delaware against Apple and Visa, claiming the two corporate giants infringed on its patents to create Apple Pay. 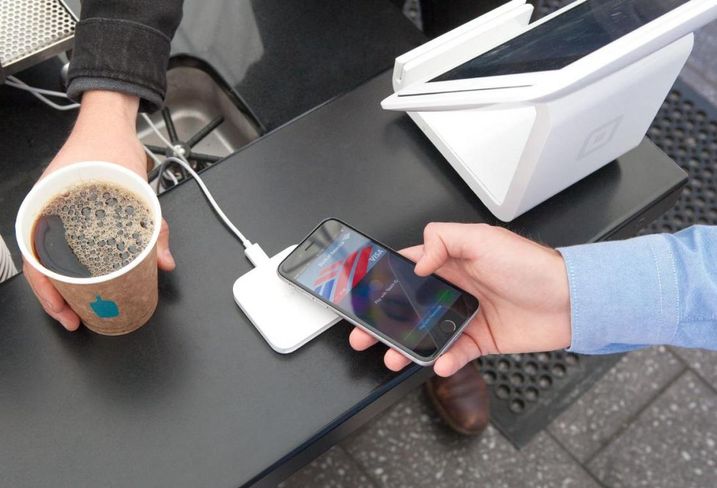 Universal Secure Registry's claim alleges its founder and CEO, Kenneth Weiss, was the first in the mobile payment space with his patents for security and identity authentication, which he revealed to Apple and Visa in 2010. The secure payment technology he developed is the core of Apple Pay, according to the filing. The suit seeks unspecified damages, but hundreds of millions of dollars are believed to be at stake based on prior and ongoing patent infringement lawsuits with the smartphone.

Weiss and USR are being represented by Quinn Emanuel, one of the world’s largest law firms devoted to business litigation and patent infringement. The firm previously represented Samsung in its billion-dollar legal fight against Apple.

“When I hear that name, I don’t think of a firm that would get involved with something frivolous," said David Olson, an associate professor specializing in patent law and copyright at Boston College Law School.

Weiss has authored more than 30 U.S. and foreign patents, and he invented the SecurID token, a leading form of personal ID authentication worldwide for computer security. More than 150 million people and over 90% of Fortune 500 companies use Weiss’ SecurID technology to access accounts and enter into corporate computers, according to the lawsuit.

Instead of running the risk of compromising personal information, USR sends a constantly changing, unpredictable number to augment a password. This number syncs with one produced at the same time by the user’s computer and authenticates his or her identity. Combined with a password and fingerprint, this is called three-factor identity authentication.

The four USR patents outlined in the lawsuit, which are continuations of earlier Weiss patents, are similar to the process used for Apple Pay. USR’s technology can enable users to conduct secure transactions from mobile phones, laptops and other electronic devices with a touch, click or other biometric input. USR’s patents call for the mobile device to not store or send sensitive information and, instead, generates and sends a one-time cryptographic value for each transaction, which is verified by the payment processor before approving payment. 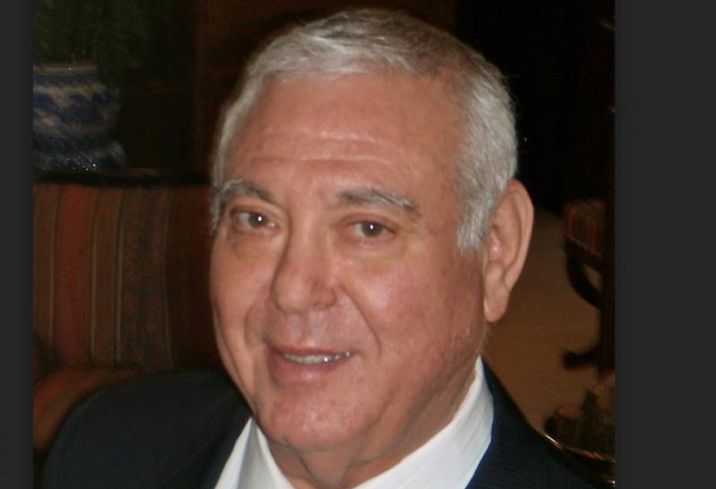 Hoping For A Partnership

After his success with SecurID, which creates a code that must be manually entered, Weiss saw a use for the technology on something more personal that could automatically radiate the code would be a great way to modernize payment systems.

“It’s been shown that if you lose your wallet, it could take you up to 24 hours to notice, but if you lose your phone, you usually notice within 15 minutes,” Weiss said. “What could be better for a credit card or a corporation to know the tool or key to getting into a system or making a purchase was something you held so personally?”

He reached out to Apple and Visa several times over the course of 2010 to describe his company’s technology and why it would be beneficial in launching a mobile payment system, according to the lawsuit. On July 14, 2010, he sent Apple a letter looking to partner on a mobile payment system integrated with a phone.

His company sent another letter, on Sept. 7, 2010, describing its patented technology that eliminated the need for account numbers or other sensitive information to be stored or transmitted from the device. The letter elaborated the company’s patent applications called for a biometric identification like a touch or voice to authenticate a purchase.

Two weeks later, USR sent Apple a third letter describing the benefit of incorporating its technology into the iPhone platform and described its patents in detail.

“We wrote two letters, one to Steve Jobs and one to an executive below him,” Weiss said. “We didn’t expect them to reply, but we did expect it to be directed to the right party. When we didn’t hear anything, we sent one to their patent attorney, where we expected it to be read and my patents researched as was likely his duty."

At the same time, Weiss had reached out and made successful contact with Visa. In mid-2010, Weiss had several discussions with senior representatives of Visa, including then-CEO and chairman Joseph Saunders and then-global head of strategy and corporate development Oliver Jenkyn.

“Oliver was much more technical,” Weiss said. “He asked really good questions and lots of them.”

Weiss said the conversations were positive and professional, and, at one point, Jenkyn set up a conference call with other executives. Jenkyn interrogated him very thoroughly, but in a good way, Weiss said. After signing a 10-year nondisclosure agreement, Visa gained access to Weiss’ technology. The company spent several months studying the patents and fielding him with questions, but Weiss said calls eventually went unanswered and the talks became less frequent before finally fizzling out.

“The next thing I read was Visa had hired 1,000 people to develop the project with Apple,” Weiss said.

Apple Takes A Bite Out Of Mobile Pay

At Apple’s iPhone 6 launch on Sept. 9, 2014, CEO Tim Cook said a payment system revolving around a magnetic strip was outdated and vulnerable for exposing personal numbers and security codes.

"This whole process is based on this little piece of plastic, whether it’s a credit or debit card,” Cook said. "We’re totally reliant on the exposed numbers, and the outdated and vulnerable magnetic interface — which, by the way, is five decades old — and the security codes which all of us know aren’t so secure."

Apple Pay, the company said, was superior in security because it securely kept those numbers away. When a user added a credit or debit card to the new service, the actual card numbers were never stored on the iPhone or with Apple servers. A Device Account Number was instead assigned, encrypted and stored in the secure element of an iPhone, according to Apple. Each time a user went to pay, the transaction was authorized with a unique, one-off number using the DAN, and Apple Pay then used a dynamic security code to validate each transaction.

Weiss was watching and thought the entire system was a little too familiar.

“I worried immediately they were infringing on my patents, and I didn’t know what to do about that,” Weiss said. “I’ve never had anything quite like that, that was so obvious on the one hand and recognized what a big deal it was because we are dealing with Apple.”

The 10-year NDA with Visa adds an interesting element to Weiss' claims, according to Olson.

"With most of these type of patent cases, the other bigger party has never heard of the one suing," Olson said. "Here, at least it’s a queuing up of a trade secret violation, and that gives it a much stronger case independent of the patent suit and even strengthens his patent case.” 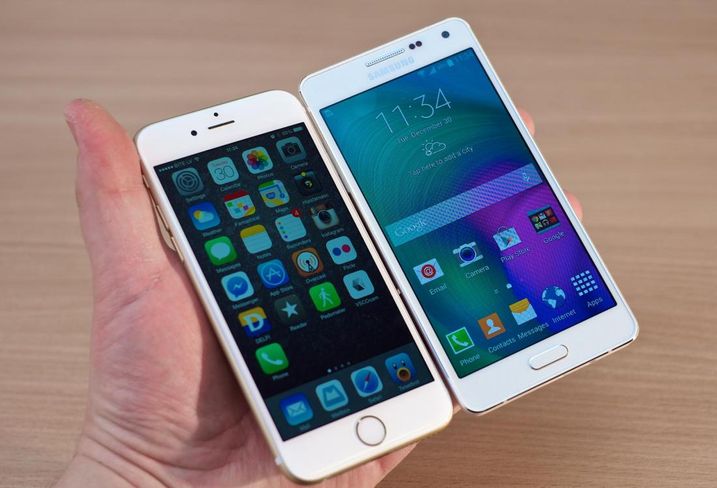 Ignoring patents is not uncommon in the smartphone world, and when a company is caught, it often spurs a legal strategy of delays through suing and countersuing until the parties involved wind up settling, according to a 2014 Vanity Fair article regarding the tempestuous relationship between Samsung Electronics and Apple. The two tech companies’ legal battle has raged for years regarding patents on everything from autocorrect to phone shape to even the toggling "rubber banding" motion a screen makes when a user reaches the bottom of a page.

In August 2011, the two were engaged in 19 patent war lawsuits against each other in nine countries. By July of 2012, the number had ballooned to more than 50 lawsuits with billions of dollars in damages claimed. Samsung executives at the time of the Vanity Fair article said the countersuing was not so much a legal strategy as it was exercising its right to sue those that were stealing Samsung's intellectual property, as the Korean company is one of the largest patent holders in the world.

Apple sued Samsung in both a 2011 and 2012 lawsuit, accusing its competitor of infringing on three utility patents and four design patents, including the rubber banding and "tap to zoom" features on the iPhone. Samsung accused Apple of infringing on two of its patents, including for technology the California company used to create FaceTime. The case went through several verdicts and appeals until reaching the Supreme Court of the United States, which ruled in December of 2016 in Samsung's favor 8-0 to reverse the initial trial's decision to award Apple $400M in damages.

Weiss is not waiting any longer to exercise his rights to who gets to use his patents.

“If you are a creative person in a technical area, you often invent things with a small ‘i’ and don’t patent them because you don’t recognize their importance,” Weiss said. “This was not that case.”