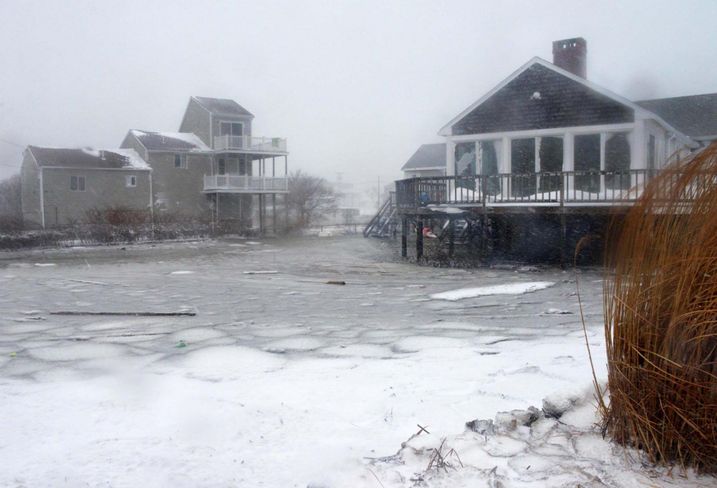 A rising tide may lift all boats, but a new report says it is also taking a bite out of Massachusetts housing prices.

Boston’s Seaport hasn’t been bombarded by flooding this year like it was at the start of 2018, but New York-based First Street Foundation, a nonprofit that studies rising sea levels, issued a report Tuesday highlighting how rising seas are taking a toll on New England property values. The report says New England home values have dropped more than $400M due to tidal flooding and rising sea levels, WBUR reports.

First Street Foundation looked at 2.5 million properties along the Massachusetts, Maine, New Hampshire and Rhode Island coasts and determined sea levels had caused $403.1M in home price depreciation between 2005 and 2017. Massachusetts accounted for the greatest amount of property loss, with an estimated $273.4M in lost value.

The First Street research team used existing home models to determine home values and later added a model for lost home value of homes in vulnerable areas compared to similar homes not impacted by flooding. It resulted in price discrepancies like a triple-decker unit on Marginal Street in East Boston being valued at $374K today. Had it not been for sea level impact, First Street estimates the property would be valued at $800K.

The study also cautions homes next to, but not yet in, flood-prone areas are also susceptible to depreciated home values.

The report comes as Boston leaders wade through several storm resiliency studies to determine how to prevent $80B of vulnerable commercial real estate from getting damaged by regular flooding in the future.

Boston Mayor Martin Walsh released a plan in October that called for more public-private partnerships to build and protect the city from encroaching waters.