What You Need To Know About Tier II Reporting

The March 1 deadline for Tier II Reporting looms, and it may be confusing for property owners. What kinds of properties need to report and what do they need to share? Who do they report to? Bisnow spoke to EBI Consulting EHS Project Consultant Mike Carr (below), who will be doing all of the Tier II reporting for EBI in 2016.

Tier II Reporting is part of the Emergency Planning and Community Right-to-Know Act (EPCRA), which was created in the 1980s following the 1984 disaster in Bhopal, India, where an accidental release of methylisocyanate killed or severely injured more than 2,000 people. EPCRA seeks to not only create contingency plans for emergencies involving hazardous substances, but to also help keep the public informed about chemicals used at local facilities, the types of safety risks these chemicals pose and the potential for their release to the environment.

Who Needs To Report?

EPCRA regulations state that facilities that store “more than the threshold planning quantities (TPQ) of hazardous substances” at any time during the year must submit a Tier II report. Given this rather broad definition, almost every different kind of asset class—including manufacturing facilities, retail establishments, schools, hospitals and maintenance garages—may need to report. In his experience, Mike says, manufacturing and R&D sites are the most likely to submit a report, while offices and retail spaces will only report if they have something very specific that could be dangerous, such as multiple forklifts and/or pallet jacks.

What Do You Need To Report?

If something as insignificant as a forklift needs to be reported, what else needs to? According to EPA guidelines, any material that exceeds 10,000 pounds and requires a Safety Data Sheet (SDS)—including ice-melt, sand, metals, fertilizers—must be reported. While the extremely hazardous substances have a TPQ of 500 pounds or lower, this can translate to 1,560 gallons of petroleum products, 500 pounds of anhydrous ammonia found in many refrigeration and cooling systems, or 46 gallons of sulfuric acid.

When asked if there were some things requiring reporting that people overlook, Mike suggests being aware of any lead acid batteries in your building that could contain sulfuric acid. These can be found in old exit signs, fire alarm control panels, back-up batteries for data centers, or in electric forklift and powered pallet jacks. In addition, many pesticides contain EHS that can easily pass the Tier II reporting threshold.

Who Do You Need To Report To?

How Do You Report?

For many states, those who want to report can use the EPA’s Tier2Submit software to prepare an electronic chemical inventory, but Mike says that some states, including MA, are requiring reports using Tier II Managers for efficiency reasons. Mike says that EBI can register as a Tier II Manager on behalf of the company, or the company can register themselves and we just use their user name info.

How Long Does The Reporting Process Take?

Mike it says it truly depends on the size of the company and the amount of potential hazardous materials they have, but it usually only takes about two days—one for an on-site visit and the second for generating the report. There are, of course, exceptions: larger research and development companies may take longer, while manufacturing is quicker and easier, since they have established processes and the list of materials associated with those processes. But even with experts like those at EBI, Mike says, doing it as early as possible always avoids last-minute rush, which can be especially dangerous if experts have other clients.

Why Is This Necessary? 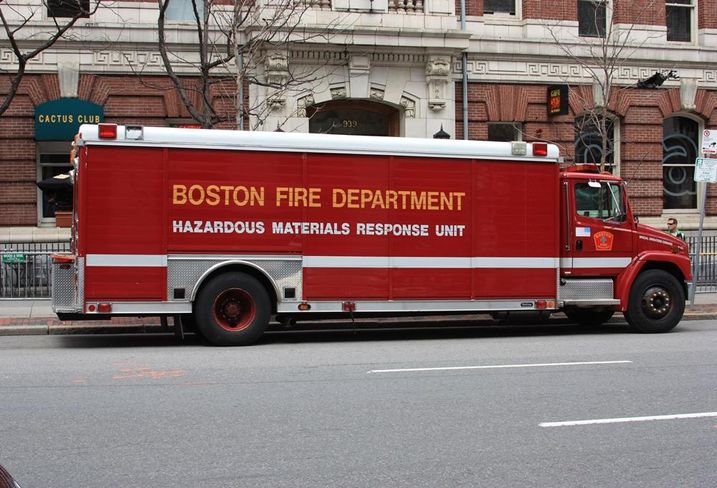 Besides ensuring the safety of those around you, consider that it's an EPA requirement and penalties can reach up to $27.5k per violation.

“Fines add up quickly since each day a violation continues to exist constitutes a separate violation,” Mike says.

If you still have technical questions about Tier II reporting or are concerned you won’t be able to file your report on time this year, you can contact Mike by clicking here.