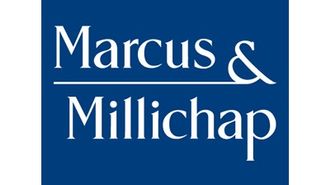 According to Marcus & Millichap Boston regional manager Tim Thompson (left, with Carpenter & Co CEO Richard Friedman), robust economic growth in Boston has added jobs, supported population growth and strengthened the fundamentals supporting one of the largest multifamily building booms in Boston’s history. While economists point to an influx of Millennials into Boston's residential real estate market as proof that Boston’s luxury housing market is on solid footing, others ask if residential demand can keep up with deliveries.

With an average annual growth of 1%, the 20- to 34-year-old population is flooding the Boston market at the highest rate since the 1980s (and at nearly double the rate of the US at large), adding to household formation metro-wide. The city is projected to see 51,200 Millennials—who constitute a larger percentage of the United States population than Baby Boomers—move into the area by 2019. Young professionals are taking on roommates to afford larger, more conveniently located apartments in the metro area. Meanwhile, new families are hunting for three-bedroom units closer to primary financial and business districts.

Tim notes that Boston ranked as the country's No. 4 metro for absolute increase in employment for the 12 months ending in August 2015. Six straight years of economic advancement have exploded the number of white collar jobs available, as well as jobs in sectors such as construction, education and health services. These sectors accounted for 65% of all new jobs in Boston over the four-quarter period ending in June. Additionally, the proportion of office-using positions has increased significantly since 2015, and almost a third of total employment is comprised of these historically high-paying jobs.

Due to Boston’s fundamentally strong economy and high and consistent rent growth, investment sales activity is bullish for multifamily assets. Institutional interest remains strong, particularly for Class-A apartment buildings in the core. High-net-worth individuals also continue to be active in the area and have demonstrated a willingness to assume greater risk with trades where properties offer upside potential but lower initial yields. Opportunistic investors have been eager to trade into Class-B and C assets and assets located the core, which can offer first-year yields in the mid-5% to 7% range.