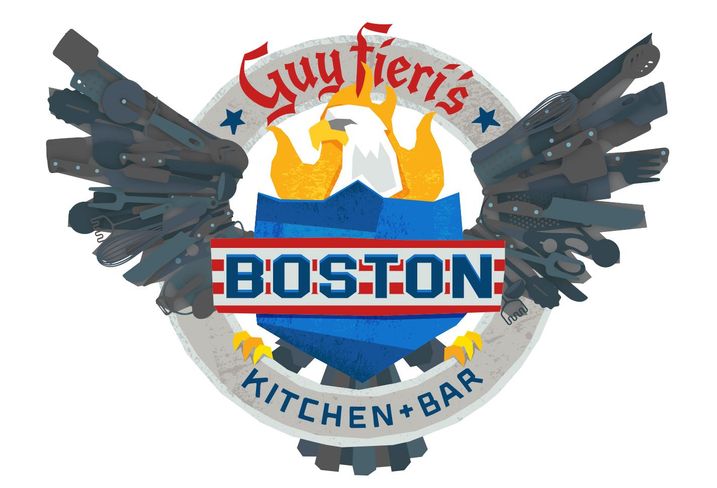 Flavortown is taking over Beantown.

Less than a year after making his Boston debut with a tequila bar at the Hub on Causeway, celebrity chef Guy Fieri plans to add two restaurants to his local portfolio. Guy Fieri’s Boston Kitchen + Bar and fast-casual concept Chicken Guy! have deals to open at 186 Tremont St., formerly home to Explorateur Café, Restaurant and Bar. Fieri expects to open the eateries this summer.

"The people of New England, and specifically Boston, have always been important to the greater food landscape,” Fieri said in a statement. “And I’ve been lucky enough to meet a bunch of them through my [Diners, Drive-Ins and Dives] travels and of course, by feedin’ 'em at Guy’s Foxwoods Kitchen + Bar and Tequila Cocina. But there’s more cookin’ to be done so I’m stoked to be bringing my Guy’s Kitchen + Bar to Boston as well as Chicken Guy!, servin’ up hand-breaded chicken tenders and 22 scratch made sauces.”

The new Fieri concepts are a partnership between the chef and Boston hospitality group Big Night, which owned Explorateur and already partners with Fieri at Guy Fieri’s Tequila Cucina at Hub on Causeway and at Guy Fieri’s Foxwoods Kitchen & Bar at the Foxwoods Resort Casino in Connecticut.

“After working hand-in-hand with Guy for years and forging a very close personal and business relationship with him, we were able to secure, not just one, but two Guy Fieri concepts,” Big Night principal Ed Kane said in a statement. "Explorateur was my baby. I live 100 yards from the front door and it was where I started pretty much every day for the last two years.”

Big Night plans to offer every Explorateur employee a job elsewhere in its hospitality portfolio, which includes restaurants and nightclubs across New England.