Boston’s chicken resistance has come to an end. 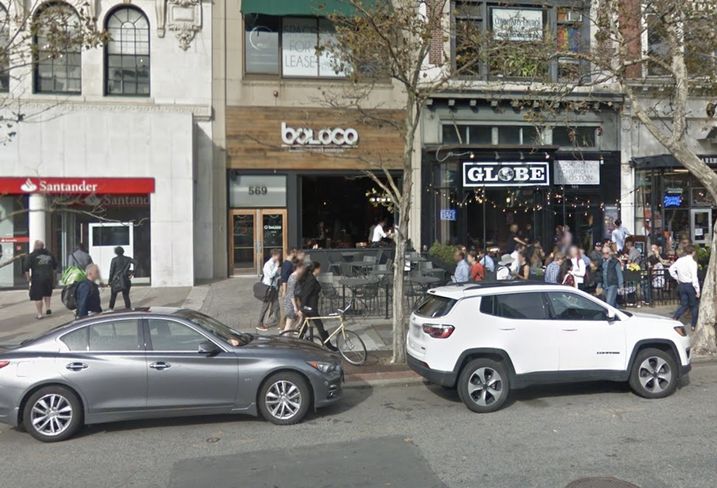 Chick-fil-A is planning to make its Boston debut on Boylston Street in Back Bay. The 569 Boylston St. location is currently occupied by the Boston-based Boloco fast-casual chain, but the Atlanta-based chicken chain expects to take it over, and a key neighborhood voice is on board.

“It’s not without precedent,” Back Bay Association President Meg Mainzer-Cohen told Bisnow. “There is a market for fast food in the Back Bay. We have no objections.”

The Boylston block between Dartmouth and Clarendon streets on Copley Square includes other fast-casual options like Chipotle and Dig Inn.

Chick-fil-A’s entrance in the Boston market comes six years after the late Boston Mayor Thomas Menino said he would oppose the chain from opening within city limits after Chick-fil-A CEO Dan Cathy voiced his opposition to gay marriage in 2012. The bad press never impacted sales at the chain, which has seen its market share grow 13% in the last four years.

Chick-fil-A has expanded beyond its southern origins into some of the largest metropolitan areas in the U.S., including New York City, Chicago and Greater Boston (just not in the actual city). Its growth has come with a softening of its political input, including breaking its own closed-on-Sunday rule in 2016 to serve food to those helping in the aftermath of the shooting at Pulse, an Orlando LGBT nightclub.

The movement to focus on chicken and less on politics has helped its growth into typically liberal markets. 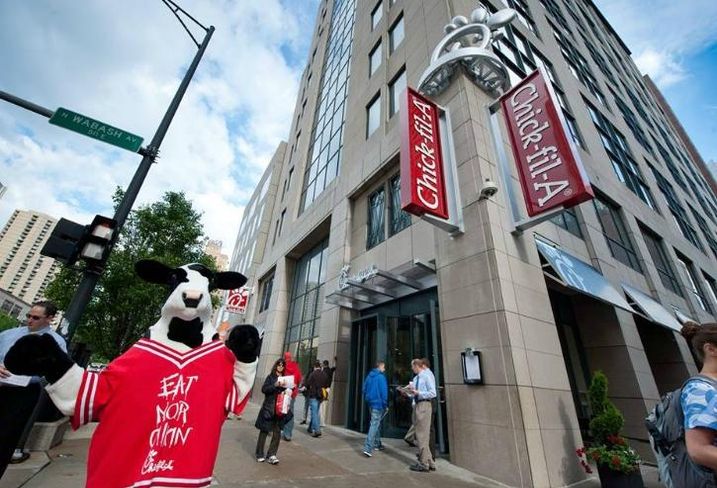 “When we went into New York, we did not know what the response would be,” Chick-fil-A Vice President of Public Relations Carrie Kurlander said. “What happened was we had a line that stretched from Fifth Avenue to Sixth Avenue.”

A spokesperson for Boston Mayor Martin Walsh told Bisnow in June he would carefully review any proposal that comes across his desk, including Chick-fil-A. The company’s closest location to Boston currently is in Dedham, across city limits from Boston’s West Roxbury neighborhood.

“There’s so much momentum with the brand,” Kurlander said. “Our restaurants in Dedham and Framingham have far exceeded our expectations.”

The average Chick-fil-A makes $5M annually, and Kurlander said the Dedham and Framingham locations have performed even better. While the operator for the Back Bay location has yet to be selected, Kurlander joked the process to win the rights to run the Boston Chick-fil-A is just as competitive as it is to get into another famous institution in town.

Chick-fil-A receives over 60,000 applications each year to become an operator of one of its stores. Only 100 people are selected to run the restaurants planned to open the following year, making its acceptance rate lower than Harvard’s.

While franchisees can expect to pay between $750K and $1.5M to run a typical fast-food restaurant, Kurlander said Chick-fil-A operators only pay a $10K fee to get the rights to run a restaurant. The barrier to entry comes in the application process, which enables Chick-fil-A to find the right operator who will reflect their surrounding neighborhood. She expects the Boston process to be no different.

“The high priority is on someone very focused on operations and excellence in creating a premium customer experience,” she said. “It’s also about finding someone who is of the community and who will reflect the community’s philanthropic expectations, partner with schools, the marathon or whatever those local events are. The operator will be of service to the community which he or she is serving.”