The Wilder Cos. and Boylston Properties have their anchor tenants for the 1M SF redevelopment of Arsenal Mall. 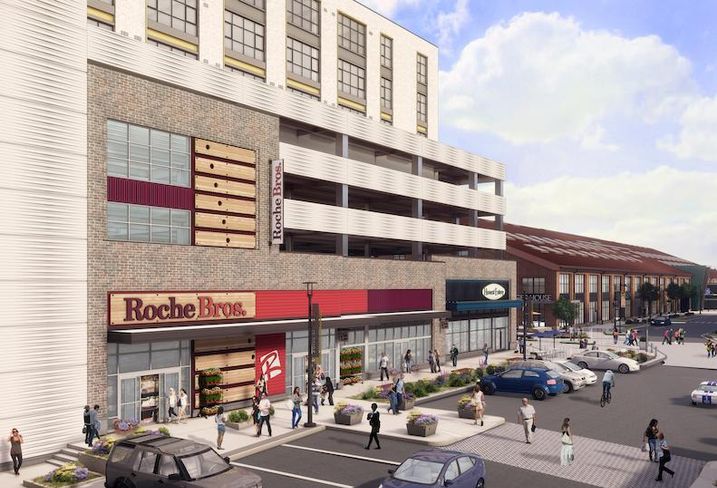 Courtesy: Prellwitz Chilinski Associates
Rendering of the Roche Bros. grocery store that will be built as part of the Arsenal Yards development

Roche Bros., the Wellesley-based local supermarket chain, has agreed to open a store in Arsenal Yards, the mixed-use development replacing the former mall, which was torn down. Roche Bros. is a piece of a growing retail lineup for the project, which is slated to contain 250K SF of retail.

“When Bostonians talk about Roche Bros., they say that it’s simply the best,” Wilder Cos. principal Tom Wilder said in a statement. “We could not be more pleased to have them as a partner who will be bringing the best of fresh groceries to this new urban neighborhood.”

The developers also signed City Works Eatery & Pour House as a dining anchor, a bar and restaurant that will feature more than 90 beers on tap, from Chicago-based restaurant group Bottleneck Management. The Majestic at Arsenal Yards, a seven-screen independent movie theater owned by Cinemaworld, will open alongside City Works at two renovated historic buildings.

Construction is underway on the major redevelopment project, and the new retail concepts are expected to open in summer 2019. 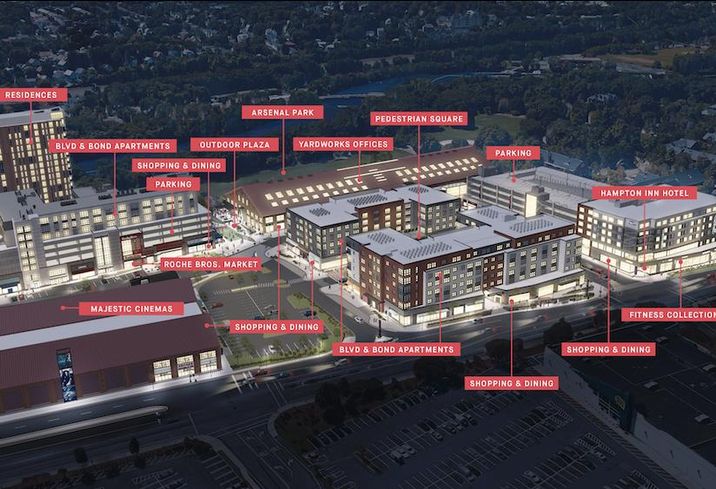 The apartments and hotel are anticipated to open soon after the retail, and the entire 1M SF development in Watertown will be oriented around a revitalized 12-acre Arsenal Park, which abuts the Charles River.