WeWork Signs Lease For Its Largest Boston Office Yet 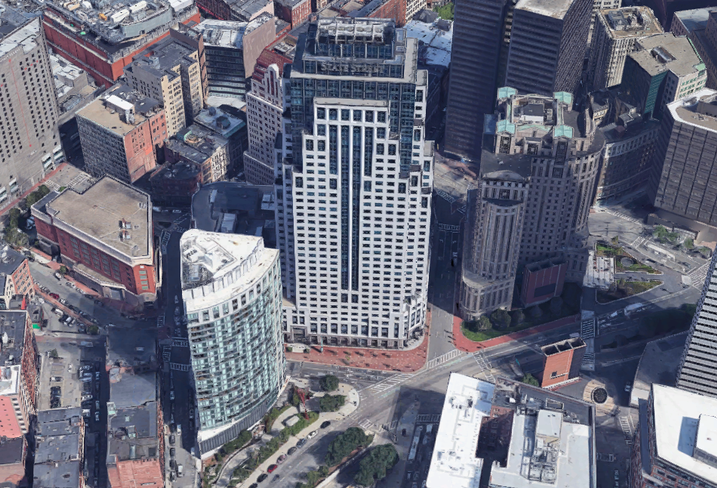 WeWork is expanding its Boston footprint into one of the city’s most recognizable towers.

The coworking company will take 11 floors at One Lincoln Street, also known as the State Street Financial Center, and is targeting a Q3 opening date, WeWork announced Tuesday. The new office will include 4,000 desks across the 24th through 34th floors at the tower that is also home to State Street’s global headquarters.

WeWork's 232K SF lease at the tower means the company will eclipse the 1M SF mark for its overall Boston space, according to Perry Director of Intelligence Brendan Carroll. With that commitment, WeWork will control 41% of the 2.5M SF Boston coworking market.

“One Lincoln Street is a huge win for WeWork Boston,” WeWork Northeast General Manager Dave McLaughlin said in a prepared statement. “It will be our largest location, growing our community by nearly 50%, and is more space in one building than we had in our first three years of operating in the city. This type of product offering will enable us to meet the demands of our growing enterprise business.”

One Lincoln Street is where the Leather District, Chinatown and Downtown Crossing merge and is also blocks from WeWork’s original Boston office at 745 Atlantic Ave. The company has grown from smaller office buildings and into more trophy products in Boston, including leases at One Beacon Street and 33 Arch St.

It will eventually have room at the One Lincoln tower to expand, as State Street recently announced plans to move in 2023 to One Congress, a planned 43-story office tower at Bulfinch Crossing.