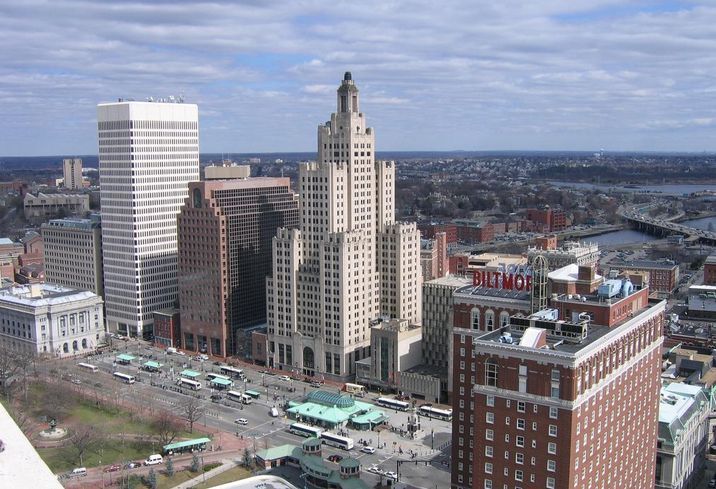 Flickr/Jef Nickerson
The Superman Building in downtown Providence, R.I., has sat dormant since 2013.

Work continues to return Providence’s heroic-sounding and tallest building to greatness or, at the very least, turn the lights back on.

The 428-foot Superman Building, formally known as 111 Westminster St., has been empty since Bank of America moved out in 2013. Providence and Rhode Island leaders have since grappled with ways to bring new life to the tower, which got its nickname due to its resemblance to the Daily Planet building from Superman comics.

Representatives with Hasbro, Citizens Bank and PayPal have all toured the tower, but no prospective tenant has moved forward. But estate tax legislation may be the development incentive needed to make Superman once again fly.

Any deal still has to overcome several obstacles.

Lawmakers are unlikely to provide a direct subsidy to help Superman’s owner, Wellesley-based High Rock Development, renovate the building. But they could rework the state’s tax code where older Rhode Islanders could designate their estate taxes go toward a specific project.

If passed, the new estate tax law would require the person to make a separate donation to a project on top of earmarking their taxes for a building, as opposed to going to the general fund.

Many of the moving parts are still in very preliminary stages, according to the Globe. But any movement at all is likely an improvement on the status quo at Providence’s tallest building.

“The only thing you have there right now is pigeons,” former Providence Mayor and Paolino Properties Managing Partner Joseph Paolino Jr. told Bisnow in 2017. “If the state or city has to put out an incentive package to fill it, do it.”