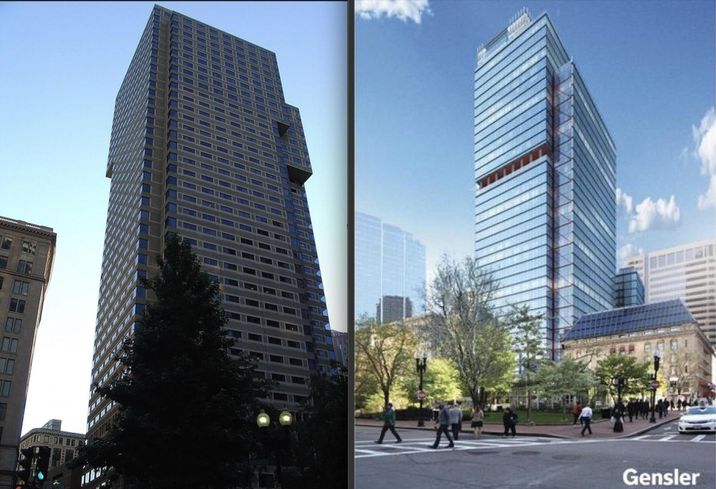 Gensler and Wikimedia Commons/Solarapex
One Post Office Square (left) is poised to get a $250M face-lift to better connect the building to its surrounding neighborhood.

“The city has changed,” attorney and former Boston City Council President Larry DiCara said. “Inevitably, [Boston] became a city of millennials instead of the city of a whole bunch of guys driving Chryslers, wearing hats and doing what people did 50 to 60 years ago.”

Architects around Boston are getting summoned to find ways to blast through concrete at street level in the city’s older skyscrapers and make their front doors more inviting.

“We felt Quaker Lane was a prime place, where life and activity would go a long way to knit buildings together to the greater context of downtown Boston,” Arrowstreet Senior Associate Jason King said. 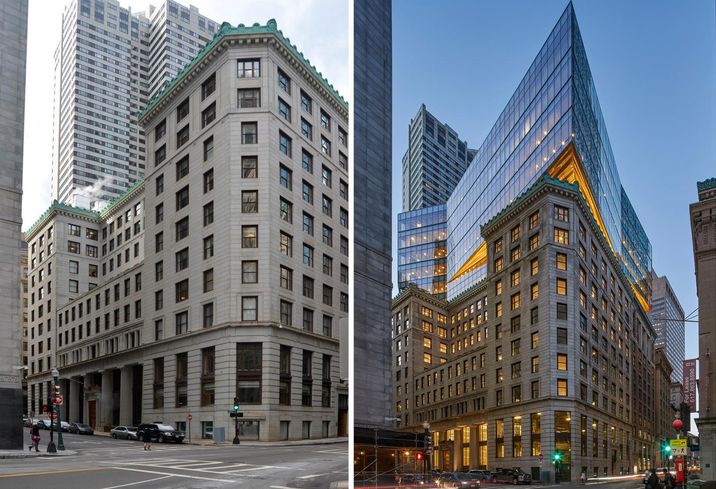 JLL and investment firm Anchor Line Partners are the joint developers of a planned $250M face-lift to One Post Office Square. JLL was also behind the lobby renovation at Heitman's neighboring 260 Franklin, which created a “third workspace” for meetings and coworking.

But analysts say the open invitation into previously walled-off office buildings isn’t just about landing the best tenants. It is indicative of Boston shedding its gritty reputation of yesteryear.

“If we think back to [the] '70s and '80s, when a predominance of these towers was built, think of who they were built for: law firms, financial services firms and high-end consulting firms,” CBT principal Haril Pandya said. “They wanted the privacy, security and to define the space to adhere to the more traditional nature of their brand.”

While researching the history of Congress Square, King said the Arrowstreet team also got a sense of the security many of downtown’s former tenants wanted to project. Banks wanted to project a sense of privacy and that clients' finances were safe in their hands. Thus, large windows had dark glass, and even the ground level of downtown buildings was elevated from the sidewalk to create barriers from the public outside.

“That’s not what our society is really looking for these days,” King said. 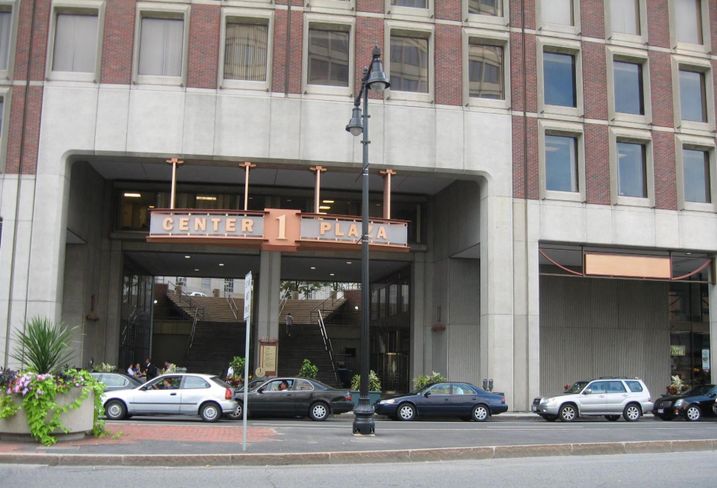 Many of the Financial District’s skyscrapers also went up during the 1960s era of urban renewal when crime was high, the Combat Zone was still roaring nearby as the city’s official Red Light District and workers were staying downtown strictly on a 9-to-5 schedule.

“People became dejected and afraid of downtowns at the time many of these buildings were all being built,” Perry Director of Intelligence Brendan Carroll said. “Developers today now realize they have tremendous unrealized potential on ground floors with rising levels of foot traffic and the ability to create large, wide-open, retail eye candy in a city dominated by boutique-sized selling spaces.”

The eye candy includes everything from shared workspaces to a place to get a $6 iced coffee. A more than 18K SF food hall, dubbed High Street Place, is getting built to join and enliven previously outdated lobby areas at 160 Federal St. and 100 High St. 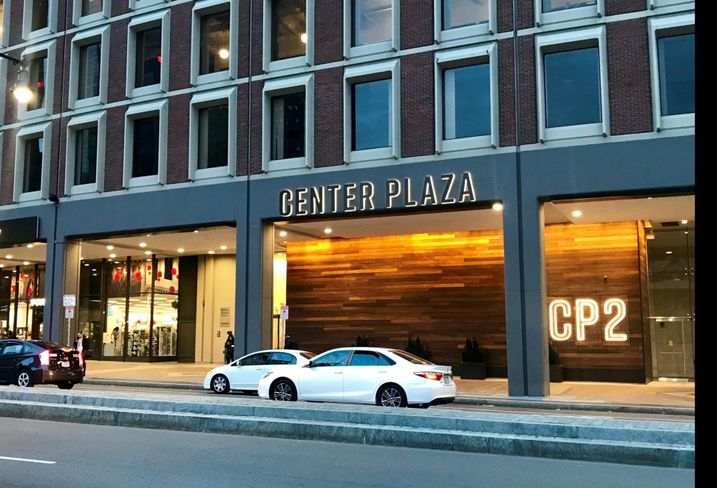 The new era of glitzy retail, massive LCD screens and local flavor en route to the workplace is a ground-floor generational shift from when many of these buildings were first erected. But it also shows how developers are keeping in mind the technology, advertising, media and information tenants, called TAMI tenants, that are moving into the buildings previously occupied by large law and financial services firms.

“It’s not just stone floors, stone walls and a desk anymore. It’s almost a hospitality-driven experience,” Pandya said. “TAMI firms don’t want their buildings reflected in the way they were reflected for the tenants of yesteryear.”

The architect also said many of Boston’s ground-floor upgrades over the last decade have delivered because of a surge of capital from foreign and domestic sources as well as new commercial real estate owners in Boston like Blackstone and Oxford Properties Group. The combination of out-of-town capital and ownership arrived with new ideas for how a building’s lower levels should look.

DiCara, whose 10 Post Office Square office overlooks many of the renovations underway downtown, thinks they are also inspired by the neighborhood’s new generation of workers.

“Those folks are much more likely to go to Post Office Square Park and do yoga one evening,” DiCara said. “I doubt the guy in a three-piece suit who worked in these buildings ever thought about doing yoga in a park. It’s dramatically different demographics.”