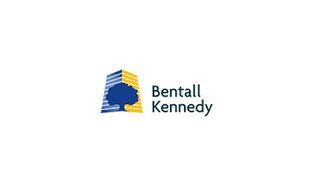 The buzzword among businesses is talent, specifically the challenges with attracting and retaining standout potential employees.

“All their answers were the same: talent.”

To snag top talent, companies are clustering near hotbeds of qualified individuals, who in turn gravitate to urban neighborhoods that offer housing, entertainment and job opportunities close to each other.

It’s interesting to trace the evolution of these pockets of talent, which businesses are eager to mine.

Typically, these neighborhoods start off with inexpensive rental housing, renovated loft offices, and a smattering of dining and social amenities. As startups grow and the number of affluent residents increases, the influx of businesses, restaurants and housing accelerates.

In an effort to pick winning cities and submarkets of the future, Bentall Kennedy analyzed the factors that initiate this growth cycle.

"We found three attributes that strongly correlate to cities with live/work/play neighborhoods,” Doug tells us.

“They have multiple institutions of higher learning, a high percentage of the local population with advanced degrees, and an above average number of patents issued to people and companies in the area."

Boston epitomizes all three criteria, with more than 80 colleges and universities in the region, a per capita rate of patents that’s more than double the national average, and over 20% of Boston residents bearing advanced degrees.

In addition, job growth remains steady, with education, healthcare and technology maintaining their historical position as the fastest-growing sectors in the city.

Seizing upon these advantages, General Electric moved its HQ from pastoral Connecticut to Boston’s Seaport District this year, demonstrating that senior executives were willing to relinquish decades of business based in the same location to boost the company’s innovation potential with Boston’s talent pool.

While strong overall, Boston’s job growth and occupancy increases are not uniformly distributed across the metro area, "as businesses steer clear of some submarkets to seek out quality spaces in urban and suburban market clusters with the best access to talent,” Doug says.

Of course, simply choosing the right office location is not sufficient for enticing talent, and companies are investing more in creating appealing workplaces than they ever have.

A recent example is Raleigh, NC-based tech giant Red Hat, which plans to expand its Boston presence with a 45k SF space in the dynamic Fort Point neighborhood.

As a historic district just a few blocks from the South Station transit hub, with restaurants, shopping and public access to the waterfront, Fort Point has all the elements that comprise the prototypical live/work/play neighborhood.

And it’s a prime location for future leaders in innovation. “Fort Point’s smaller buildings allow midsized tenants to achieve visibility and presence that only large tenants can enjoy in the new Class-A buildings in the rest of the Seaport,” Doug says. Red Hat negotiated signage that will be visible day and night to capitalize on its new real estate.

Doug explains that Bentall Kennedy recognized early on that Boston was destined to emerge as a key innovation hub given its institutional, demographic, cultural and infrastructural advantages.

“We see growth continuing as long as the war for talent influences business location decisions—a megatrend that is not likely to end any time soon,” he says.

Bentall Kennedy
Bentall Kennedy, a Sun Life Investment Management company, is one of the 30 largest global real estate investment advisors and one of North America’s foremost providers of real estate services. Bentall Kennedy (which includes Bentall Kennedy (Canada) Limited Partnership, Bentall Kennedy (U.S.) Limited Partnership and the real estate and commercial mortgage investment groups of certain of their affiliates) serves the interests of more than 550 institutional clients and investors, and manages approximately $35 billion of assets across 60 million square feet of office, retail, industrial, and multi-residential properties throughout Canada and the U.S. (as of the most recently completed fiscal quarter). All amounts cited are in U.S. dollars.
Confirmed! You are subscribed to the Bisnow Boston E-Newsletter.
Most Read Stories
More Top Stories
Bisnow Boston Newsletter
Bisnow Boston Newsletter