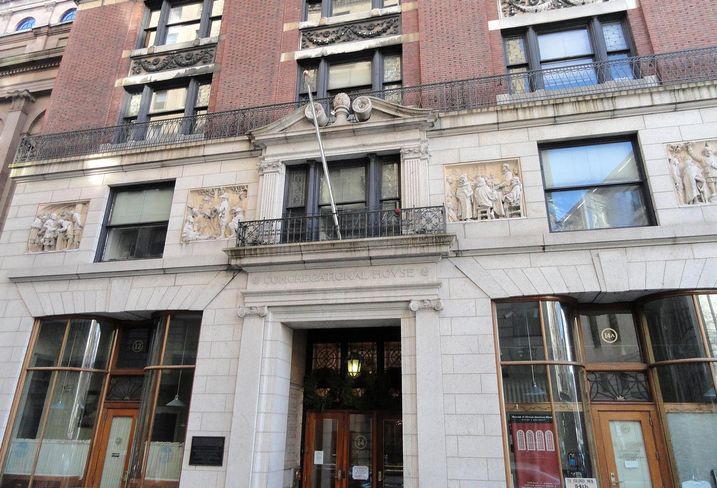 Two Boston landlords have pulled out of negotiations with WeWork, multiple sources familiar with the talks told Bisnow. The separate decisions come as the coworking company is in a murky financial state following its heavily criticized and since-withdrawn IPO.

Faros Properties at 14 Beacon St. and Northwood Investors at 230 Congress St. both cut off advanced talks with the coworking provider on leases at the respective office buildings.

JLL, which manages leasing for both buildings and also represents WeWork, declined to comment. Northwood Investors and Faros’ property manager at 14 Beacon St. didn't respond to multiple requests for comment.

“As a matter of policy, we do not comment on potential or ongoing lease negotiations," a WeWork spokesperson said in a prepared statement to Bisnow. "WeWork remains committed to the Boston community and our valued members who rely on us for a great work experience.”

The coworking giant was looking at 14 Beacon St. this summer for its HQ by WeWork model, according to sources. HQ by WeWork targets companies that want a WeWork-designed office but don’t want to share with other firms.

WeWork wanted as much space as possible at 14 Beacon St., sources say. The building’s fourth, seventh and eighth floors, each spanning more than 10K SF, are available, according to brokerage documents obtained by Bisnow. The American Congregational Association, which sold the building in 2017 to Faros Properties, still has an office there.

Negotiations at 230 Congress St. weren’t as widely known until recently, but a total of 31K SF is available across the entire seventh floor and parts of the sixth and 10th floors.

WeWork controls just under 1.6M SF of Boston office space and is the city’s second-largest tenant. Given the rate at which it was acquiring new offices, the company was expected to eventually overtake Fidelity’s 1.7M SF footprint as the city’s largest tenant.

But the company’s uncertain financial state after it withdrew its IPO last Monday and forced CEO Adam Neumann to resign is enough to make some Boston landlords second guess getting into bed with WeWork.

“Considering what’s happening, landlords are taking a pause if deals aren’t too far down the road,” a source said.