The lions and tigers may have stayed home, but acrobats, and even a juggling performance by the CEO, made EF Education First’s latest groundbreaking more about the carnival and less about shovels in the ground.

The global education company has spent 30 years in Cambridge, and it has been a leading presence in the city’s North Point development, beginning with its first development in the area at 1 Education St. and expanding in 2014 with a new North American headquarters. Monday’s groundbreaking for EF III, EF’s third building at North Point, was significant due to the different entities that played a role in bringing the project together.

“It’s going to activate a part of North Point that, until now, has been used for Department of Conservation and Recreation maintenance,” EF Properties Vice President Shawna Marino said. “We’re doing a lot to insure this becomes the next hottest neighborhood in the area. We’re very proud to play a part in the transformation.” 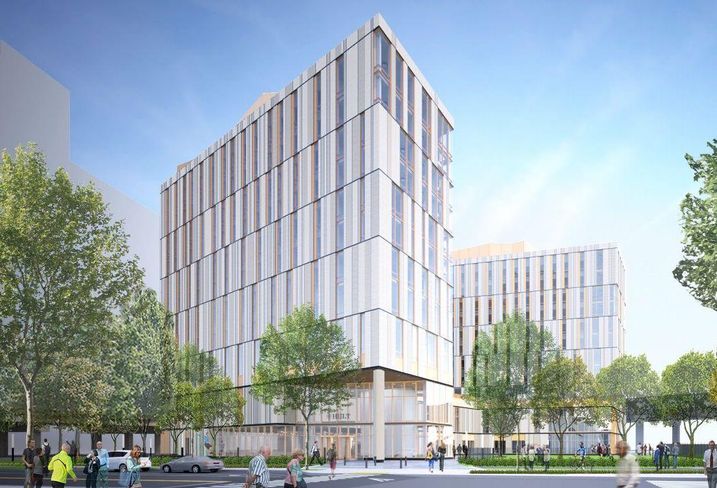 EF selected Skanska USA to construct the 300K SF, 12-story mixed-use building, which will be used for student housing for the company’s nonprofit Hult International Business School. Before it was flagged for EF expansion, the site was used for DCR maintenance and as a staging area for the circus when it came to town, which is why the company decided to host a carnival-themed groundbreaking.

Bringing all those parts together was no small task.

“One of the things that happens when you work in a public entity is you have a list of things people want you to do,” Massachusetts Gov. Charlie Baker said at the groundbreaking. “There were so many entities, but we found the resolve to see it through even though people called it ‘wicked complicated.’” 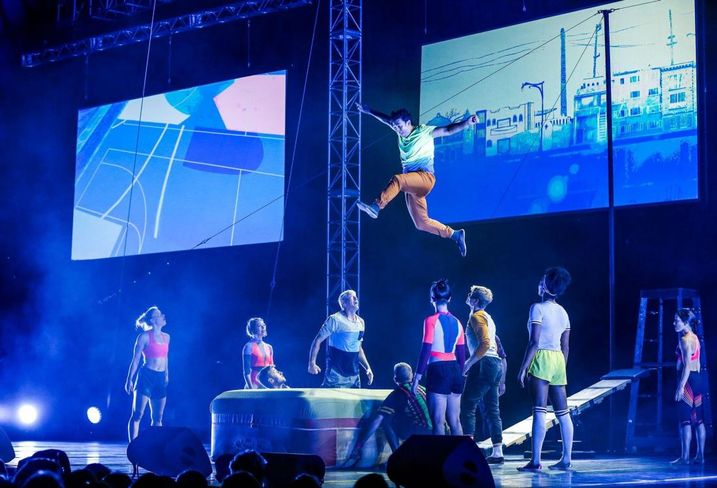 Courtesy of Greg Cooper
The show used props, stunts and acrobats as a nod to the building site’s former use as a staging area when the circus was in town.

EF employs 1,200 at its North Point campus, and EF III will add another 300. The 500-bed building will feature a mix of dormitory and apartment-style housing for students. An 11K SF fitness center with a 30-foot rock climbing wall is also part of the project.

“There is unity in what you folks do,” Baker said to the 2,500-person crowd dominated by EF employees and Hult students. “You bring cultures together. You do exactly what in this day and age we need to do.”