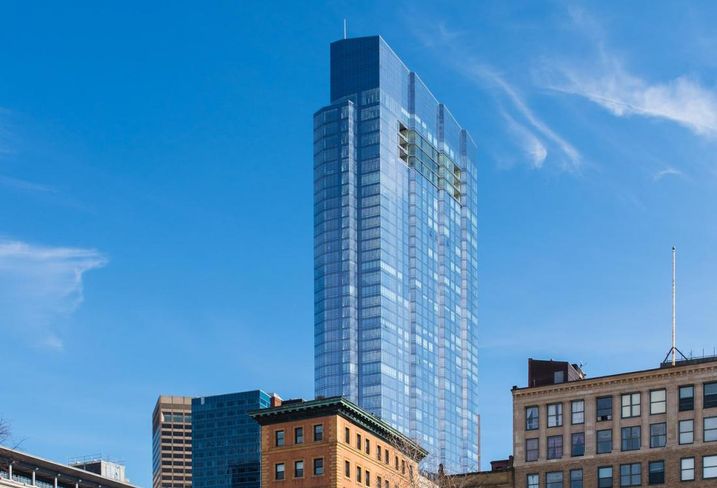 Douglas Elliman, one of the largest luxury real estate firms in the U.S., will acquire Boston-based Otis & Ahearn. No financial details were released, but the deal is expected to close in October, the Boston Globe reports.

Otis & Ahearn’s four Boston offices will stay put, and its president and co-founder, Kevin Ahearn, will be chief executive of Douglas Elliman’s newly created Boston division. Ahearn spent two years looking for a company to partner with in response to a surge in international demand for luxury housing in the city.

“Boston’s in a different place in the world now,” Ahearn told the Globe. “In the past, we didn’t have this global market, global economy. We need scale and a platform, and [Douglas Elliman] has thrived in that space.”

From Fenway to downtown, cranes are almost as prevalent on Boston’s skyline today as actual buildings, and that is largely due to luxury multifamily development. Millennium Partners’ Millennium Tower in Downtown Crossing was the $35M record holder for the city’s most expensive condo sale until it was dethroned by a $40M penthouse sale at the Four Seasons tower under construction in Back Bay.

Developers think there is demand for more.

Millennium Partners plans more luxury condos at its 115 Winthrop Square tower. HYM Investment Group announced in July plans to convert 118 apartments into 55 condos at its Bulfinch Crossing residential tower under construction in Government Center. HYM founding partner and Managing Director Thomas O’Brien told Bisnow at the time that he still viewed the city’s rental market as robust, but there was an opportunity considering the city’s condo supply was fairly low.

Ahearn said Douglas Elliman, with its Knight Frank global partnership and 113 offices across the U.S., was his first pick for a partner to seize upon the growing appetite for high-end housing in Boston. Douglas Elliman Chairman Howard Lorber said the surge in luxury condo development made Boston a no-brainer for his company’s next expansion move.

“We thought it was a natural, and we wanted to wait for the right opportunity,” Lorber said to the Globe. “We try to enter markets where we think we can make a real dent in new development.”