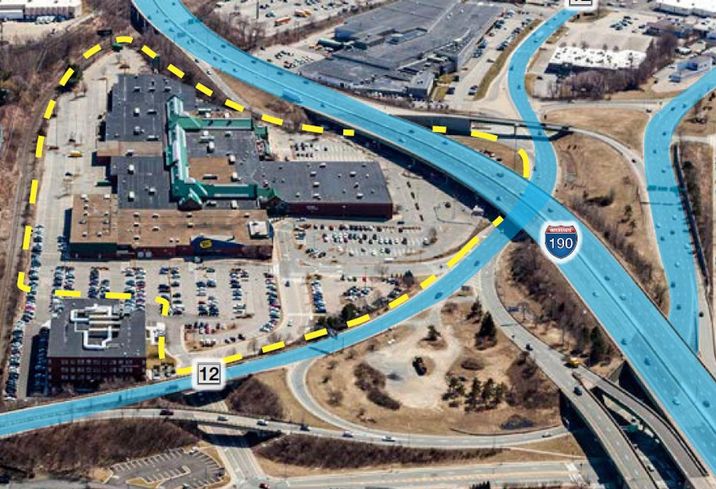 Finard Properties bought the Greendale Mall in Worcester for $7.1M in a deal that closed Monday, according to the Worcester County Registry of Deeds. The previous owner, a subsidiary of Irving, Texas-based C-III Capital Partners, bought the mall at a 2016 auction for $11.6M. Finard plans to redevelop the more-than-300K SF, nearly defunct shopping complex into a mixed-use project.

“We’re excited about the opportunity to create an authentic sense of place, meeting the needs of both the immediate neighborhood and Greater Worcester,” Finard Properties CEO Todd Finard said in a statement. “We are committed to the city and know that by enhancing the heart of Massachusetts and providing a unique and exciting destination, we can create a place that celebrates the community.”

The nearly 22-acre Greendale Mall site, where Interstate 290 meets I-190, was developed in 1987. While originally a popular shopping destination, the enclosed mall has fallen on tough times in recent years. Simon Property Group bought the mall in 1999 and eventually positioned it as a place for local and value retailers after newer retail centers like the Shoppes at Blackstone Valley opened nearby.

While its mall days may be numbered, the Greendale property’s value is in its proximity to downtown Worcester. The Central Massachusetts city is underway with a downtown revitalization centered around the 2021 arrival of the Pawtucket Red Sox Triple-A Minor League Baseball team.

The club, recently dubbed the Woo Sox, will play out of the $90M Polar Park stadium currently under construction. The stadium is part of a Canal District mixed-use development expected to include 250 apartments, two hotels and 65K SF of retail.

CitySquare, a $565M multiphased mixed-use development, is also underway on the site of what was previously the Worcester Common Outlets.

“Worcester is experiencing tremendous momentum, and we are excited to welcome Finard, a proven developer, as a new partner to the city,” Worcester Regional Chamber of Commerce President and CEO Tim Murray said in a statement. “Their vision for the Greendale Mall property will provide a solid anchor to Worcester.”