Amazon is knocking, but not everyone in Braintree wants to answer the door. 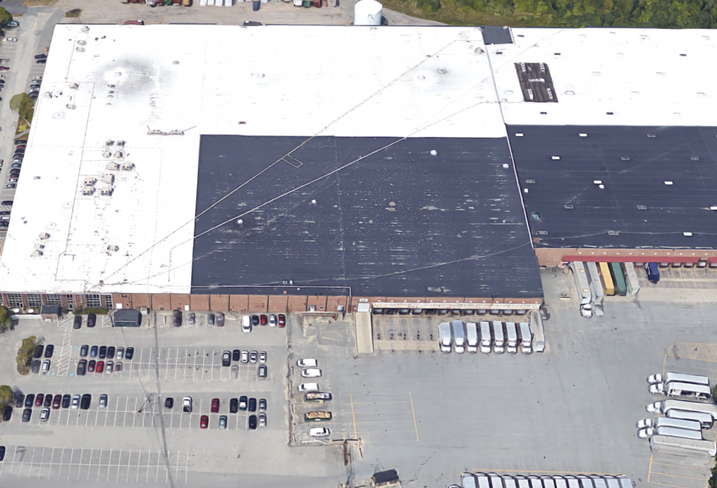 While Amazon weighs the opportunity to locate its 50,000-job second headquarters up Interstate 93 in Boston, the tech company is ready to open a last-mile delivery facility in Braintree. It is leasing 250K SF of the former United Liquors facility in the Campanelli Industrial Park and needs a special permit to run it as a transportation terminal for 24-hour operations.

Braintree Mayor Joseph Sullivan supports the conversion, but while the location would aid Amazon’s continued pursuit of improved last-mile delivery to customers, a nearby business owner says Braintree should be careful in its pursuit.

“This isn’t going to be their second headquarters or a tech center like you see in the Seaport,” said Jedwards International President Chris Iorio, who operates a 47K SF warehouse next to where Amazon hopes to open its own. “This is a part that no neighborhood really wants. It will introduce an enormous burden. What does the city get from it? Not much. Traffic nightmares and headaches.”

Sullivan emphasized how the Amazon warehouse at 175 Campanelli Drive would be a jobs creator at an April town council meeting, but Iorio and other business owners on the street say the company isn’t bringing the kind of jobs most people need. The Campanelli facility is expected to employ only 10 to 15 full-time Amazon employees while there would be 100 to 150 part-time employees, up to 300 third-party delivery drivers and as many as 500 Amazon Flex drivers who deliver packages from their personal vehicles.

Sullivan and representatives in his office did not return requests for comment in time for publication. Bisnow obtained files Robinson Cole partner Michael Giaimo sent to the Braintree Planning Board on behalf of Amazon. He maintains the company’s last-mile use at the Campanelli Drive warehouse would be no different than the distribution seen when United Liquors operated there. The traffic flows created by Amazon’s early morning loading process and deliveries throughout the day would not negatively impact Braintree streets, according to a traffic assessment on Braintree roads provided by engineering and environmental consulting firm Langan.

But Justin Perrotta, an attorney representing five Campanelli Drive business owners, thinks more traffic studies are needed to give the city a better idea of the kind of impact Amazon will have. He’s requesting a peer-review study as well as a traffic study provided by his clients before the city grants Amazon’s special request to have the facility designated as a transportation terminal.

“We don’t believe this is the right place for this type of facility. At the very least, the town needs to figure out what the impact will be to the surrounding area,” Perrotta said. “Other municipalities have had issues with this type of development.”

Dedham residents had their own issues with Amazon in 2016 when they took the company to task for how delivery vans were driving recklessly around a warehouse the e-commerce giant operated near the Dedham/Readville town line. A tractor-trailer hit a utility pole when it was making a delivery to the warehouse, and a nearby property owner alleged Amazon refused to reimburse him for $1,500 in damage he claims the driver caused on his property. Residents also made claims of delivery drivers breaking the speed limit, making offensive hand gestures and hogging local gas station pumps during morning delivery hours. The warehouse owner and Amazon promised to fix the problems, but Iorio is concerned because the 60K SF Dedham facility is significantly smaller than the one the company wants to operate in Braintree.

“It’s essentially Uber for packages. These are not professional drivers,” Iorio said. “People get excited but what they don’t realize is this is the worst possible animal Amazon could open. This is their sausage factory to get last-mile delivery, and it’s not pretty.”

The Braintree warehouse conflict comes at a time when industrial spaces are increasingly hot and rare commodities in Greater Boston. The overall industrial vacancy rate was 7.1% at the end of Q1, according to Perry Brokerage data. With more companies pursuing last-mile delivery, the demand for warehouses inside the Route 128 belt has intensified thanks to competition and a diminished inventory, as former industrial spaces are converted to different uses closer to downtown Boston.

“The whole supply-demand relationship has been out of whack,” Calare Properties Managing Director Charles Nolfi said. “As a developer, you’re looking for the most money. In an expensive market like Boston, it makes it difficult to develop industrial.”

Industrial product is disappearing for greater revenue-generating uses like the mixed-use University Station in Westwood replacing the 17-building University Avenue industrial park. Amazon isn’t the only competitor looking for last-mile options closer to the city center, but it is a great corporate citizen compared to other industrial alternatives, Calare Properties CEO Bill Manley said.

With Amazon briefly stopping construction on a Seattle building in protest of the city’s proposal to tax its largest corporate players to fund a program to help the homeless population, Iorio isn’t convinced it is the kind of business he wants his town to pursue.

“Maybe you should ask Seattle if they’re a good corporate citizen,” Iorio said.