The Alexandra Hotel Once Again Has A Redevelopment Proposal 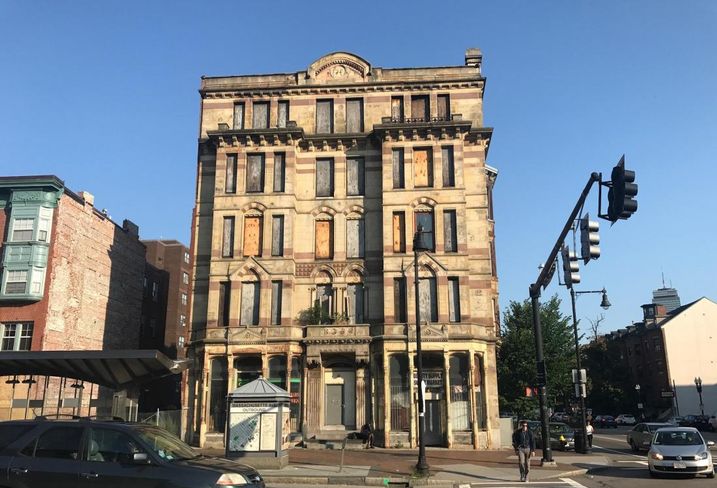 A notoriously dilapidated hotel in the South End has once again found a buyer, and this time it might just stick.

A Boston development partnership between JB Ventures and TCR Development is planning a significant renovation of the Alexandra Hotel into a 150-room boutique hotel that could include a 10-story, 60K SF addition, according to a letter of intent submitted to the Boston Planning & Development Agency by the partners’ lawyer. Early plans call for a restoration of the existing building’s exterior and the addition that would take up an adjacent empty lot.

While there would be conference rooms, a restaurant, rooftop amenity space and a fitness center, the hotel would not have on-site parking given the nearby transit options. There is a Silver Line stop in front of the hotel.

The BPDA filing is the most significant step forward for the building after years of false starts. The building’s owner, the Church of Scientology, had tried to make it a local headquarters after buying the property in 2008. After failing to secure the $17M it said was necessary for renovation, the church put the hotel back on the market in 2014.

Eric Hoagland, the son of CVS Pharmacy founder Ralph Hoagland, reportedly bought the building in August 2017 but stressed securing financing to redevelop the property would take time. The church put it back on the market in March, while Hoagland still sought financing, The Boston Sun reports.

The Church of Scientology did not return Bisnow’s request for comment in time for publication.