Boston Threw Millions At Roxbury, But Development Has Been Slow To Respond

If you build it in Roxbury, residents will not necessarily come. 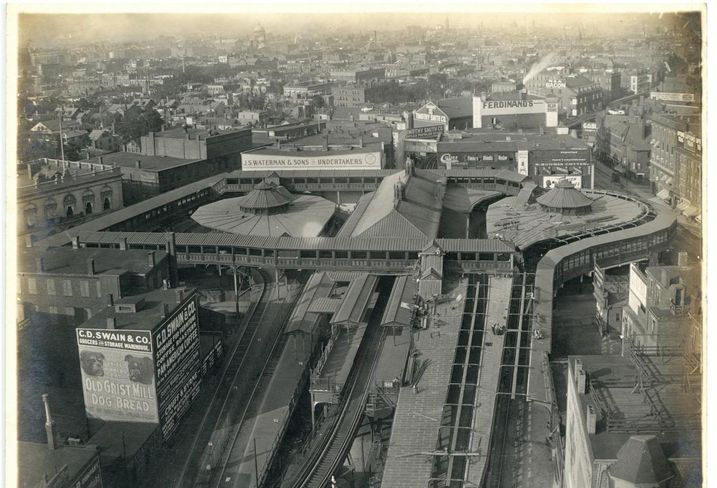 Boston is pouring millions into Roxbury to jump-start what was once one of the city’s top shopping destinations, but key players stress it will take more than outside capital to spread Boston’s building boom into its historically African-American neighborhood.

The city of Boston spent $124M to renovate the former Ferdinand Building into a headquarters for Boston Public Schools in Roxbury’s Dudley Square. Stanley’s organization focuses on recruiting business to the neighborhood while helping current tenants and preserving the neighborhood’s identity.

While the city has prioritized economic growth in Roxbury, progress has not always been linear. Some argue a penchant for the past is partially to blame.

“Everybody’s talking about back in the day in Dudley, but we can’t put in stores from back in the day. It needs to be stores of the future,” Stanley said. “If we’re developing this district for the future, why would we put in what I want? I’m 69. Develop for the young people who aren’t coming to these meetings. We need to be involving them to find out what’s new and what’s next, so we’re not putting in a store I went to in the 1960s.” 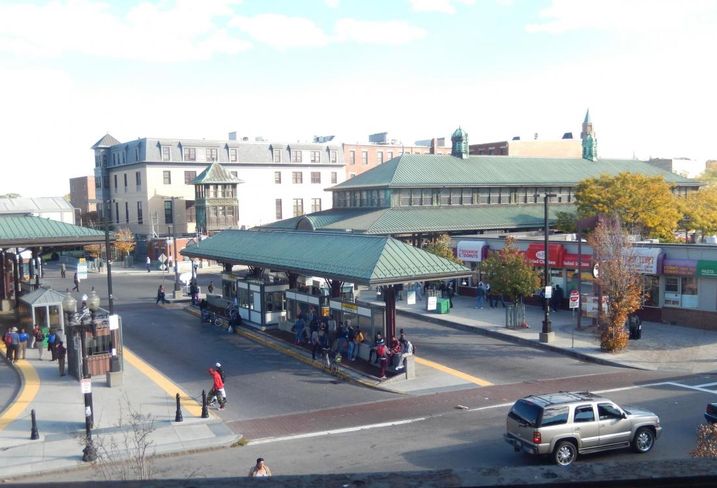 Two attempts at improved retail and dining in the neighborhood have been busts. Tasty Burger and pizza restaurant Dudley Dough have both opened and closed in the heart of Dudley Square, which Stanley attributes to poor market research.

While a fan of Haley House, the nonprofit overseer of the closed pizza shop, Stanley said it was competing with seven other pizza places in the neighborhood. Tasty Burger, an upscale burger chain, failed to resonate due to price points that did not click with neighbors.

“The feedback I got about Tasty Burger was there was nothing particularly attractive about it, but it cost more money than the other places,” Stanley said. “Nothing proved them different from other places that sell burgers.”

Tasty Burger declined to comment for this story, as did four developers from the neighborhood, citing sensitivity to pending deals.

The Ferdinand Building (now the Bruce C. Bolling Municipal Building) was named after Frank Ferdinand, an entrepreneur who opened a furniture store there in the late 1800s that made the surrounding neighborhood a hot retail destination. The neighborhood was only eclipsed by Downtown Crossing in prominence as a shopping district, according to Nixon Peabody partner and former Boston City Council President Larry DiCara.

The neighborhood eventually saw its retail reputation lose its luster. Boston in the 1960s was not the same economic powerhouse that it is today. Decades of decline pushed residents and shops out of Roxbury, and they were replaced with crime, poverty and violence that have not been as quick to evaporate in recent years as in other neighborhoods. Some think finding tenants to make Roxbury a retail destination is key to its success. 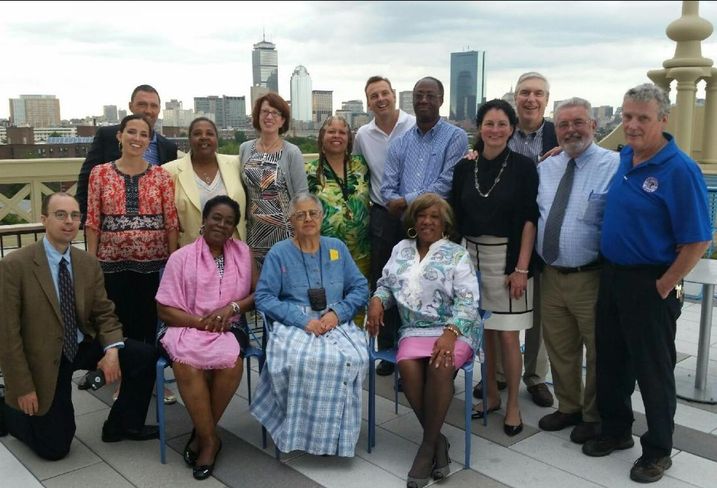 “I will hold a hearing on how we can better support small businesses in our business districts, particularly those owned by women, people of color and immigrants,” Boston City Councilor Kim Janey, who represents Roxbury, said in an email. “It is important that Dudley Square become a destination location and not just a pass-through transportation hub.”

Janey, as well as state Rep. Chynah Tyler, were not made available for an interview for this story, and some argue the parts of the neighborhood that are the pass-through transportation hubs are actually the ripest for development.

“The reality is, most everywhere where we have a subway line, the city is growing and dollars are being spent,” DiCara said. “There’s no reason Dudley Square can’t be like Center Street in Jamaica Plain. All shopping centers which were once down on their luck require local people spending local dollars.”

The elevated Orange Line was relocated out of the neighborhood to the Southwest Corridor in the 1980s. Its original path was eventually replaced with the Silver Line bus service often chided as the “Silver Lie” by neighbors.

Transit advocates argue what is billed as bus rapid transit is anything but rapid, thanks to noncommercial vehicles frequently blocking the dedicated bus lanes. But Stanley argues places like Dudley Square should look to successful neighborhoods beyond transit-oriented developments in the urban core to guide development.

“I look at areas like Porter Square and Coolidge Corner, and Porter has a lot of developments with their own parking,” she said. “Coolidge is the same. There are lots of parking areas on both sides of Harvard and Beacon streets. None of that is being explored for Dudley, and they just say everyone is going to take the bus. No, not everyone is going to take the bus. It’s not convenient.” 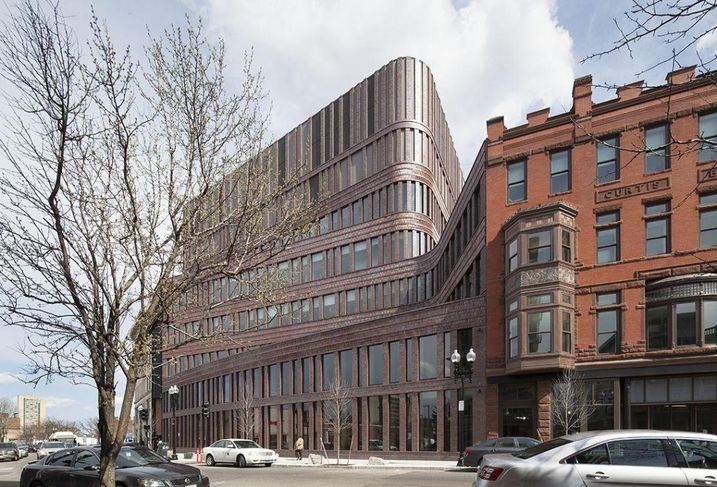 But not all areas of Roxbury rely on the Silver Line. Feldco Development Corp. is partnering with Elma Lewis Partners, the development arm of the National Center of Afro-American Artists, on the 1.7M SF Roxbury Crossing near the Ruggles Orange Line station. The $600M project will include 727 apartments, at least 100K SF of offices, a 10-screen movie theater, a BJ’s Wholesale Club and a museum for the NCAAA.

“We looked at our projects and said we need big anchor tenants drawing not just from Roxbury, but all of Boston,” Feldco Development Vice President Gregory Feldman said. “That’s a tried-and-true model that people certainly understand in suburbia. It can be stores, a museum, a waterfront … anything. There has to be a reason to go to a place.”

Too Much Debate, Too Little Progress

The access to the Orange Line gives Tremont Crossing an advantage over a place like Dudley Square, as its transit connectivity means it can easily draw visitors from other neighborhoods, Feldman said. But the road to groundbreaking, which he said will be in the next few months, has not been an easy one.

The neighborhood’s Roxbury Strategic Master Plan Oversight Committee is an added component to the neighborhood’s community process. While it is intended to oversee projects in accordance with a 10- to 20-year economic master plan outlined in 2004 by then-Boston Mayor Thomas Menino’s administration, some find it a cumbersome added layer to an already stringent design review process. 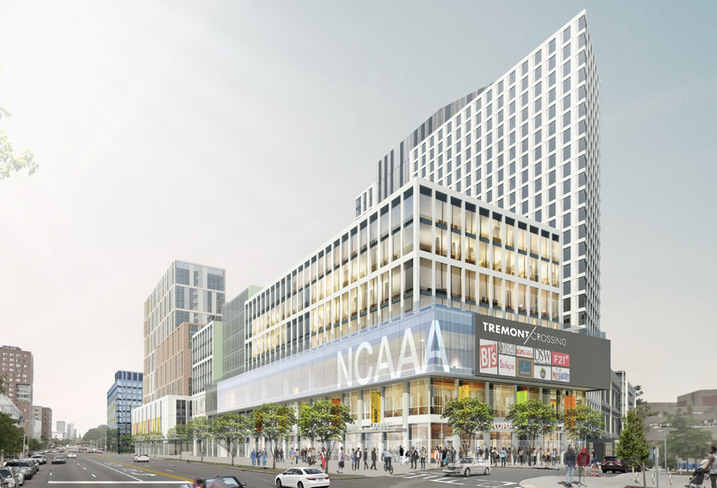 “There’s sort of a double community process in Roxbury that allows the community to participate in a larger way,” Feldman said. “There are a lot of benefits to it, and it can make a project better. But it can also lead to more division and greater debate over what people want. Sometimes when there is a lot of debate, nothing happens.”

The master plan advocates for maintaining and expanding affordable housing in the neighborhood, but it also notes Roxbury’s high number of subsidized housing units and how neighbors want more of an income mix. Stanley said allowing more market-rate units is key to giving tenants like Tasty Burger a shot at success in the future.

“There are a lot of issues, and it’s not one thing or one sound bite,” she said. “The person that shouts the loudest is who gets it, and that’s mostly affordable housing. Don’t get me wrong, we need more housing, but it doesn’t need to all be affordable.”