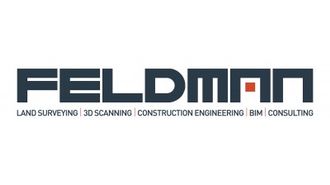 What’s old is new again…and in this case, it’s better.

Feldman Land Surveyors acquired this historic factory building, built in the 1850s in the Lower Roxbury neighborhood of Boston, when it was time to vacate its old office building in the South End. “Jon Davis acquired the building that we occupied for 45 years and he has great plans for it, so it was time for us to find a new opportunity,” Feldman president Michael Feldman tells us.

“We were drawn to it because of its architecture, the incredible views of the skyline, the ample parking and the easy access to the highway,” he says.

But there were plenty of obstacles to overcome before the property could be a welcoming new home.

McMahon Architects' David McMahon tells us the building had been empty for decades and was pretty derelict. "Part of the challenge is that Feldman had a beautiful, romantic vision, but before we could execute it, we needed to know if the building was even structurally sound."

“The challenges before us (McMahon and contractor The Lagasse Group) were pretty common for buildings that hadn’t been updated in a very long time,” McMahon project manager Jess Hamilton says.

Once the team established the structure's safety, they sought a balance between restoration and replacement. "It’s a beautiful building with a lot of nice details, but obviously the present owner needs more than that out of their space," David says.

David says his firm set out to insert a modern office program without ruining the aesthetic of what was already there. “We were able to be respectful of most of the existing architecture, but also added glass-fronted offices and minimalism." The most prominent alteration was to the exterior to add the exit stairs and elevator, a "grand stylistic gesture" that contrasts the 1850s structure architecture.

“It was a huge undertaking,” Michael says, including adding an 800 SF gym and large kitchen.

The turnaround was incredibly efficient, with work completed in only eight months. The property also has room for a tenant on the first floor and Michael's in discussions with a local brewery to set up shop beneath the Feldman headquarters. Not only is this repositioned property an ideal new home for the owners, it's been retrofitted so that it can pay for itself in time.

The property's modern design and innovative use of materials are a nod to the rapidly transforming neighborhood and are meant to complement the cutting-edge technologies Feldman employs in its projects. This included the use of large expanses of windows and engineered, factory-finished construction panels.

“Our company used all of the great technology that we use for our clients to get this property renovated,” Michael says. "After laser scanning, revit modeling and then assembling our team early, we received our building permit four months after my first visit to the building. The results speak for themselves.”

Feldman Land Surveyors
For over 70 years, New England’s premier developers, architects, attorneys and engineers have chosen Feldman to get it right—from the ground up. Regardless of whether the client is a non-profit organization, educational institution, general contractor, or law firm, Feldman prides itself on not only delivering the highest quality, responsive services in the Greater Boston metropolitan region, but also being a leader in listening to and improving each of its clients’ experiences throughout the project life cycle. Our mission isn’t to just be a trusted surveying firm that clients enjoy working with. We also practice smart survey on every project for which we’re commissioned. Smart survey is the act of using the appropriate methods and technology by technically competent professionals to provide the best solutions for our clients. With smart survey you get the services your project requires - provided by our team of responsive professionals.
Confirmed! You are subscribed to the Bisnow Boston E-Newsletter.
Most Read Stories
More Top Stories
Bisnow Boston Newsletter
Bisnow Boston Newsletter