Suffolk Downs Will Be A 16M SF Union Job 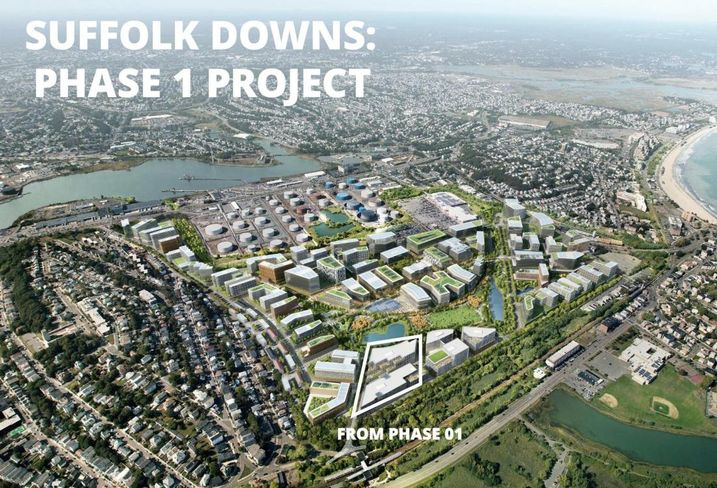 The HYM Investment Group and Greater Boston’s leading construction unions have reached a deal guaranteeing the redevelopment of Suffolk Downs will provide two decades’ worth of union construction.

The building contract between HYM, the Building Trade Unions and general contractor John Moriarty & Associates ensures the 14,000 construction jobs required to build the 16M SF project on the former Suffolk Downs horse-racing track will be filled only by union labor.

The project, slated to include 10,000 residential units, is expected to take two decades to build, the development and labor partnership announced Monday.

Suffolk Downs was previously considered as a site for a Greater Boston casino under a different development team and then, with HYM in control, as Boston’s preferred site for Amazon HQ2. After Boston lost the HQ2 bid, HYM reverted the more-than-$7B project back to its original plan as a mixed-use development with a significant affordable housing component.

“This project will only be successful if the people who build, live and work at Suffolk Downs and in the surrounding community are successful,” HYM Founding Partner and Managing Director Thomas O’Brien said in a statement. “This agreement ensures that the richness of diversity in Boston and Revere is reflected in the people who will be building this project.”

HYM will invest $2M in recruitment and workforce training toward local residents as well as women, minorities and other underrepresented populations in Boston’s construction labor pool. Building Pathways, a pre-apprenticeship program targeting underserved communities, is one of the programs benefiting from HYM’s investment.

“An entire generation of new construction workers in the area will experience family-sustaining career opportunities thanks to this agreement and the access it will create at a scale rarely seen,” Building Pathways Executive Director Mary Vogel said in a statement.