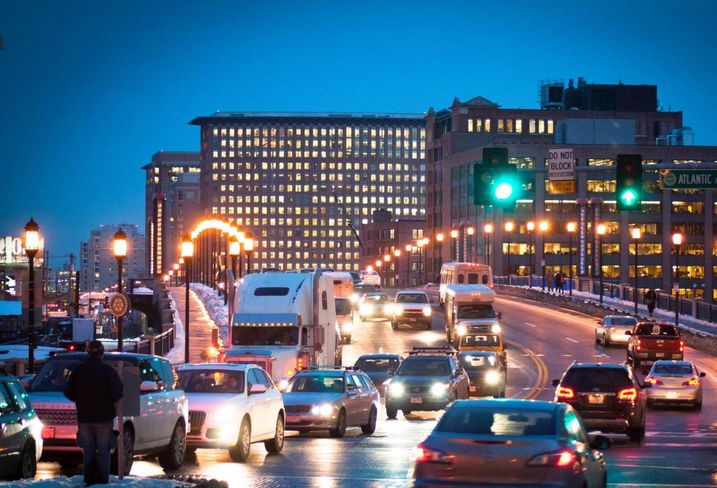 Massachusetts officials released a traffic study Thursday that shows the state’s booming economy is taking a toll on area roadways.

Traffic has significantly worsened in the state since 2013, and particularly in Greater Boston, according to the Massachusetts Department of Transportation.

Commute time unpredictability is also impacting where people work and their potential job opportunities. While the study says commuters are willing to tolerate as much as a 34-minute commute time, traveling from Burlington to Kendall Square on Route 128 can take anywhere from 25 to 75 minutes.

“The roadway network is now so full that relatively small insults — a crash, a work zone that doesn’t get picked up early enough in the morning, bad weather, an event that draws extra people to downtown Boston — all of these can create cascading congestion,” Massachusetts Secretary of Transportation Stephanie Pollack said, according to the Boston Globe.

The report found morning rush hour in Boston begins as early as 6 a.m. and the afternoon rush starts at 3 p.m., when 62% of roads within the Interstate 95 and Route 128 belt are already congested.

Gov. Charlie Baker announced a 10-year, $18B transportation bill earlier this summer that includes a call for public-private partnerships to fix some of the state’s transportation issues.