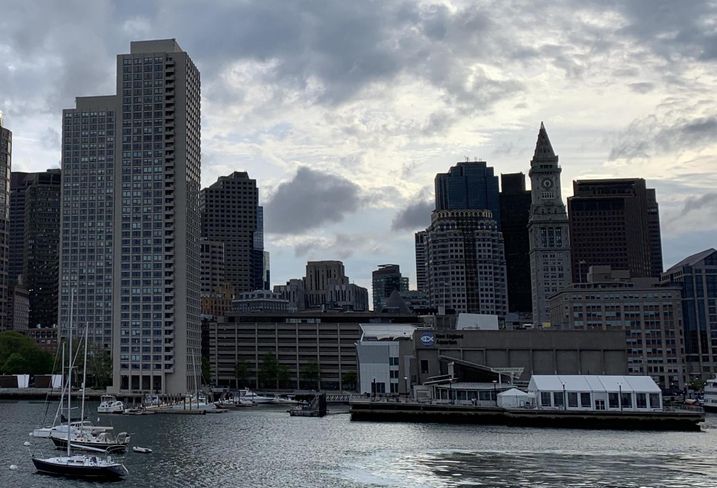 The development waters are still choppy on one stretch of the Boston Harbor waterfront.

Lawsuits filed separately by the Conservation Law Foundation and residents of the Harbor Towers condo development against the Massachusetts Department of Environmental Protection and the Chiofaro Co. — which is pitching a 600-foot tower next to the condo towers — can move forward, according to Suffolk Superior Court Associate Justice Brian Davis.

The lawsuits argue Massachusetts ignored an obligation to keep waterfront developments in check and modest in size when it approved the Municipal Harbor Plan last year. The plan guides development on a 42-acre stretch of downtown Boston waterfront and paved the way for Chiofaro’s tower, along with a 305-foot tower proposed for the James Hook & Co. property blocks away.

“It is unacceptable that this plan allows developers to buy their way out of regulations they don’t like,” CLF Senior Counsel Peter Shelley said in a statement. “The public’s right to access the waterfront has been guaranteed for generations, and officials have singlehandedly undermined that right. The municipal harbor planning process is broken, and we’re looking forward to proving it in court.”

The passed zoning does little to protect the waterfront from dense development and doesn’t do enough to provide community access, the Conservation Law Foundation lawsuit charges.

Harbor Towers residents are also opposed to the zoning, as well as Chiofaro’s tower, the Boston Globe reports. The residents of the twin 40-story condo towers have argued in the past that Chiofaro’s development would create wind tunnels, bring too much traffic to the area and is too large.

Harbor Towers residents were also seeking permanent parking from the Chiofaro Co., but Davis dismissed that portion of their lawsuit, the Boston Business Journal reports.

The lawsuit is another headwind for Don Chiofaro, who has wanted to build a tower on the Boston Harbor Garage site for more than a decade. The developer’s plans were delayed due to public spats with the late Mayor Tom Menino, and he has also locked horns with the neighboring New England Aquarium on top of the CLF and Harbor Towers residents.