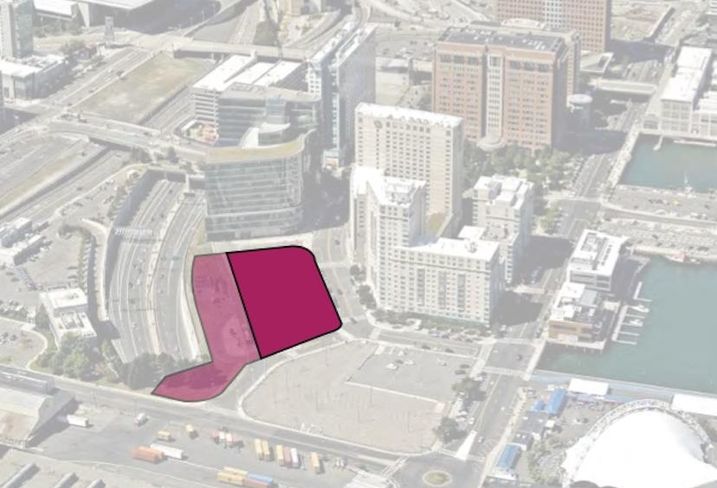 Seven bidders have responded to Massport’s request for proposals for Parcel H, a 1.1-acre site on Congress Street along the MBTA Silver Line: Barnat Development, the Drew Co., the Fallon Co., Greystar, Lincoln Property Co., Skanska and Trinity Financial. The winning bidder will be able to develop up to 400K SF, or 600K SF if it decides to pursue air rights over the Silver Line path.

“We are thrilled with the strong interest in Parcel H, with seven responses,” Massport said in a statement to Bisnow. “This is a unique property because of its direct access to public transportation and prominent location in Boston’s evolving South Boston Waterfront.”

Details of the bids are not publicly known, but Massport has begun to emphasize diversity and public realm improvements in its recent RFPs. Boston Global Investors won the bidding process for a half-acre property down Congress Street, and the developer plans civic space as well as a grand hall for nonprofits and eateries in the 600K SF office building.

Similar to most Massport land deals, Parcel H is being offered as a long-term ground lease as opposed to an outright sale.