The Secret To Finishing The Biggest Buildings

The $500M Brigham Building for the Future will come in on time with big cost savings. Too good to be true? It’s for real, according to experts last week at our Construction & Development Summit at the Sheraton Boston. 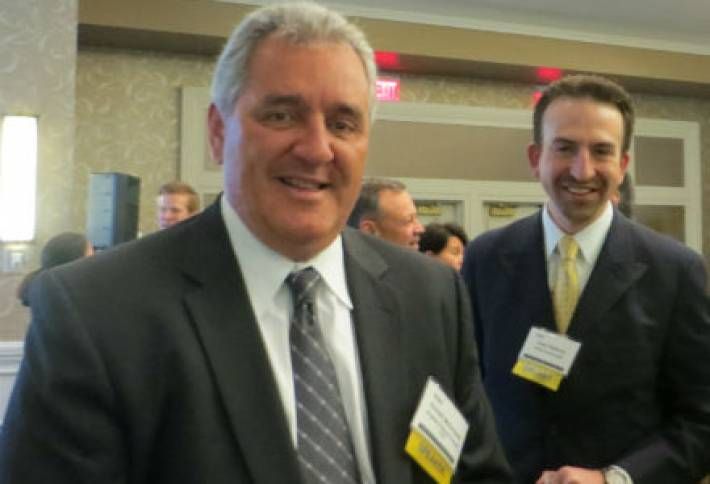 The secret: 100% lean construction. The key to make lean work (you’ve heard it before but it really makes a difference): collaboration, says Brigham VP Vinnie McDermott (here with Suffolk Construction senior project manager Jason Seaburg). At 680k SF, this is the LMA’s largest construction project, and for the first time, Brigham & Women’s can bring together neuroscience researchers, clinicians, technicians and patients with conditions like Parkinson’s, MS and Alzheimer’s. 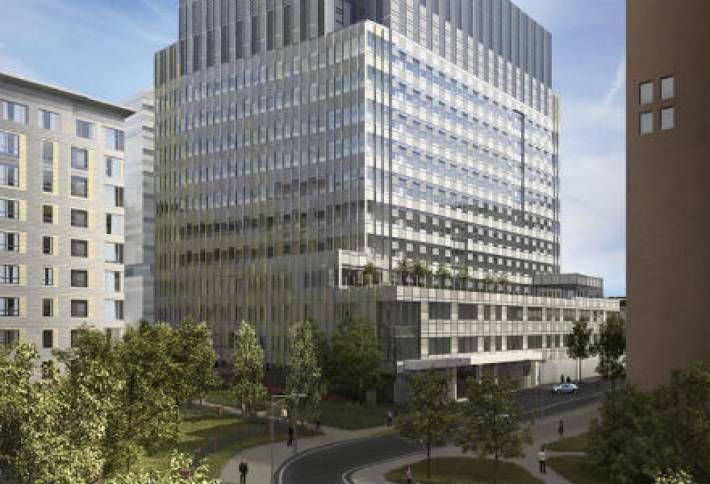 No longer will patients trek across the hospital’s 9-acre campus. Plus, researchers, clinicians and technicians will meet to exchange thoughts that could lead to a new approach to treatment. But accomplishing all this in one building—with its own co-generation plant—means creating a very complex structure; NBBJ’s design is really nine projects in one, Jason says. Given its complicated, pioneering nature, some requirements for the building only became evident during construction, which in one case meant a $20M change order. 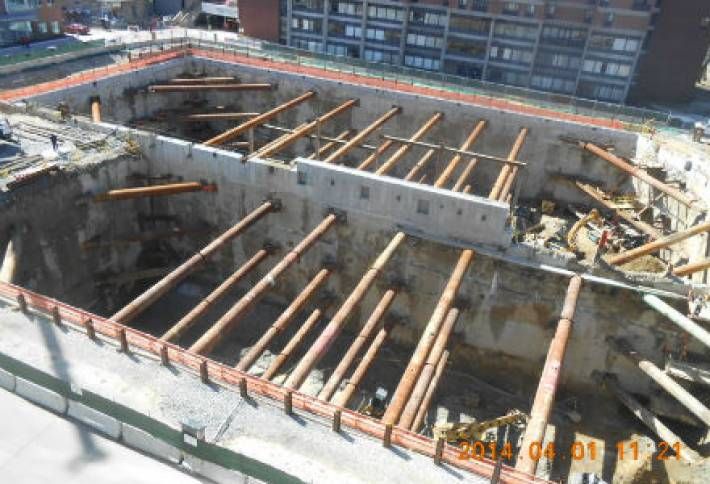 A year ago, the hospital realized that it needed more faculty offices. It wasn't financially feasible to start another new project, Vinnie noted, so why not add a floor to BBF? After the laughter died down, he had three weeks for the construction team to plan for the change. One year into excavation, the crew was very close to starting the foundation with little time to make such a big change; the fabricated structural steel was ready and the large MEP equipment was being fabricated. 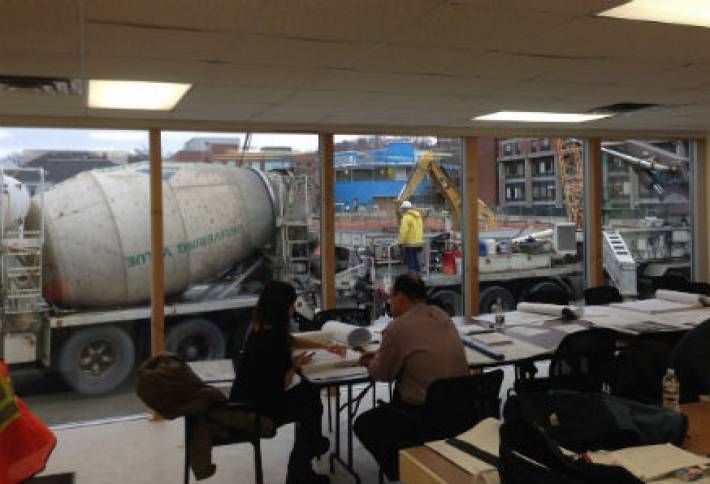 The construction team—owner’s rep, architect, construction manager and subcontractors—had offices in the same on-site trailer, fitted with a glass wall to oversee the work. Adding a floor meant altering the foundation to support a heavier, taller structure. Because the crew was in close contact from day one (co-location), they were able to make the change in weeks rather than months, Jason says. 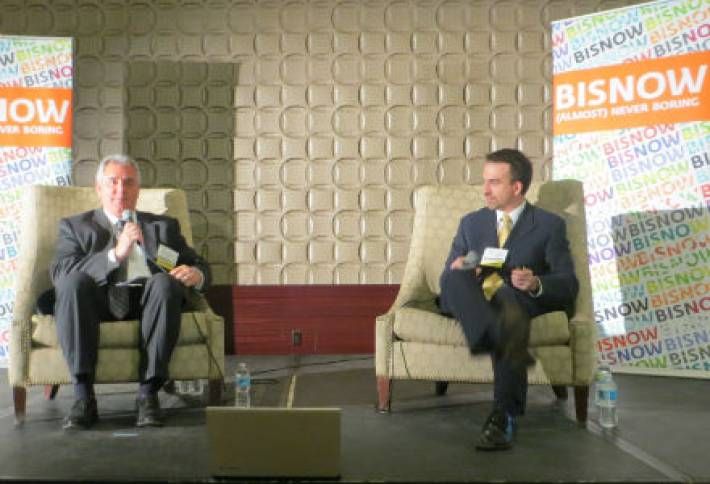 Because Suffolk bought into the change, Vinnie says he took a leap of faith, believing that his finance committee, the City and neighborhood groups would endorse the addition. Besides, the project was $20M under budget. Why waste it, Vinnie said to himself. The hospital expects to save over the long term about $180M on leasing space around the LMA. 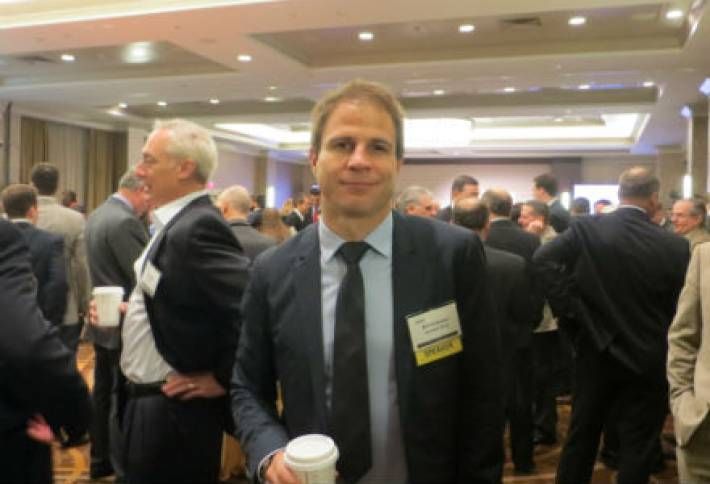 In another big project, the first tenants are moving into The Abbey Group’s 342-apartment Viridian at 1282 Boylston St in the Fenway designed by Bruner/Cott, says Abbey principal William Keravuori, who we found during pre-event networking. The developer and architect also collaborated on Landmark Center—the first major project to bring new uses into the Fenway in 2000—and 45 Province in Downtown Crossing, which survived the recession to become one of the first residential buildings in the recent revival of Downtown Crossing. 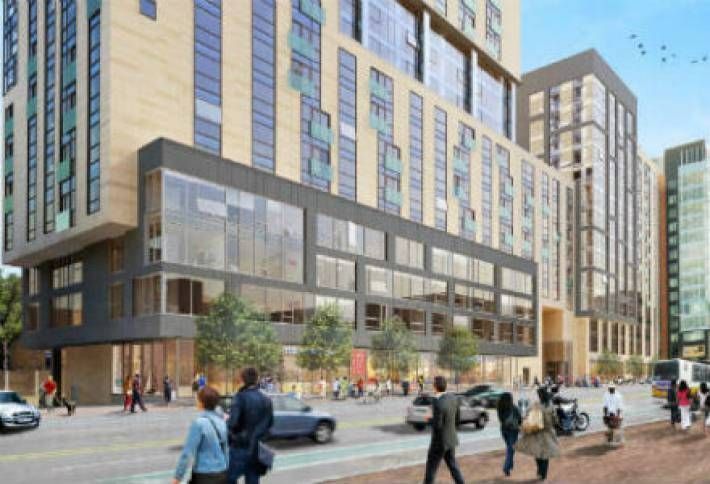 45 Province taught The Abbey Group that good design can overcome a lot, including financial crises, Bill says. It allows a property owner to raise its building above the ambient noise to create a lasting asset. It has helped reinvent Downtown Crossing along with projects by other players, including Millennium Partners, which has three mixed-use projects nearby and the launch of the neighborhood BID. Now, it’s considered a desirable place to live and work. 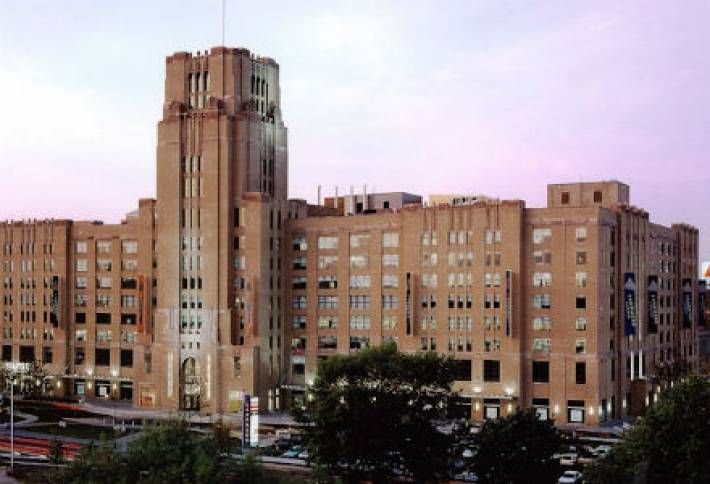 Landmark Center paved the way for billions in subsequent property investments that are transforming the neighborhood and linking Fenway more closely with Back Bay, the LMA, Brookline and downtown, Bill says. As a first mover, the redeveloped Sears Roebuck distribution center showed the Fenway neighborhood that it could benefit from replacing the low-rise buildings and parking lots. In 2004, the new zoning that many Fenway residents supported cleared the way for nearly $3B in new development. 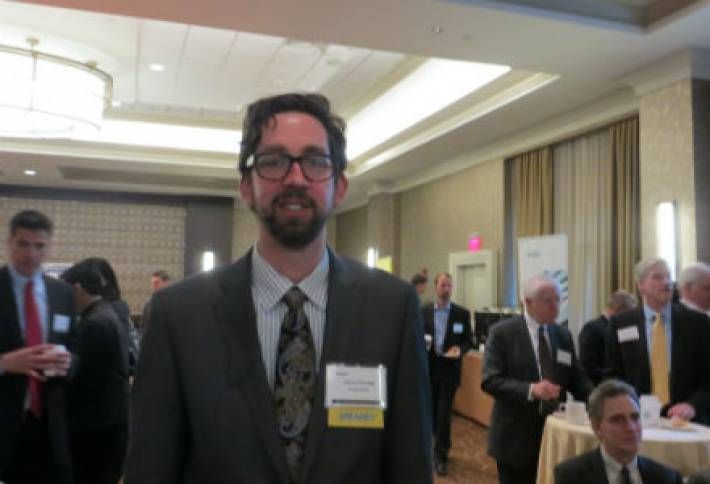 The Viridian was designed with an eye to “stylish value,” says Bruner/Cott principal Jason Forney. The site was a blessing because it encourages a tall, slender building with enough room for ground-floor retail and a community center. At 20 stories, the apartments that feature floor-to-ceiling glass offer great views of Fenway Park, the Emerald Necklace and MFA. Nine-foot ceilings (in a building with 10-foot floor to ceiling heights) add to the feeling of spaciousness in efficiently designed apartments. Bill’s only regret: the site was previously occupied by a McDonald’s where he was a VIP customer. 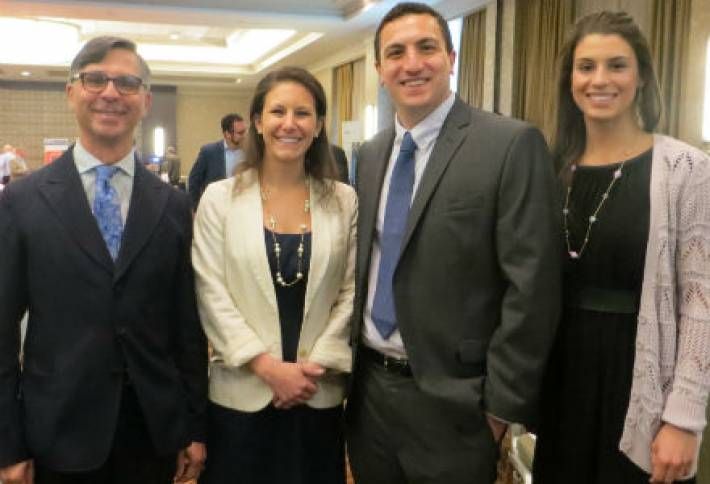 Be sure to stay tuned to tomorrow's Deal Sheet, in which we will cover UMass/Boston's and Wilson Architects' project for the $1.3B redevelopment of the Dorchester campus.