More from ICSC in New York 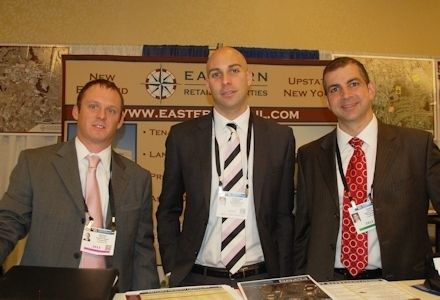 We were on the ground at ICSC's New York national conference this week to bring you the best coverage (and perhaps because we've never seen the Rockettes). There, we snapped Braintree-based Eastern Retail Properties' Michael Alberico, Jonathan Sussman, and Andre Farhat. The firm is repping tenants like Dollar General, Verizon Wireless, Subway, Costco, and Petco as they look to expand here. On the landlord rep side, they're marketing space at the Rhode Island Mall, Shaw's Plaza in Tilton, N.H., and Swansea Mall. 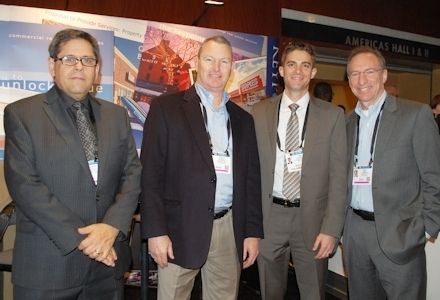 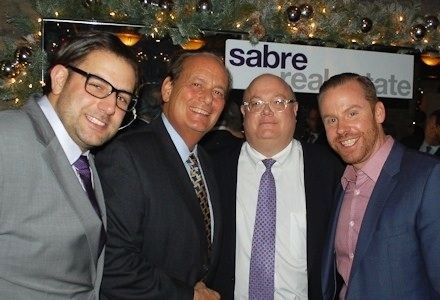 Also sniffing out opportunities in the Boston area is Anthony's Coal Fired Pizza; we snapped its Sandy Weiss (second from left) with Sabre Real Estate Group's Russell Helbling, Kenny Breslin, and Jayson Siano, whose firm is helping the expansion. (Have they considered yeast?) It has 43 restaurants in the Northeast and Florida, with plans to open eight more so far. 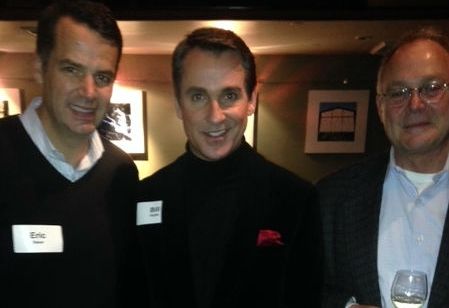 Not Your Average Joe's Kitchen & Bar's Dennis Maher (right), whom we snapped with Starbucks' Eric Baker and JP Morgan's Bill Kapfer, tells us the 19-year-old chain (based in Middleborough) develops four new stores a year. In 2014, he expects to start construction in the Nashua, N.H. area and metro Philadelphia and is planning for new venues in the Boston 'burbs and the DC region.