Chiofaro Co co-founder Don Chiofaro faced stiff headwinds in the ‘80s when he developed International Place—yet it became and still is the top-tier downtown office complex and new home to PayPal. Now despite some criticism, he’s confident that his proposed $1B, 1.3M SF complex at the waterfront will get built. 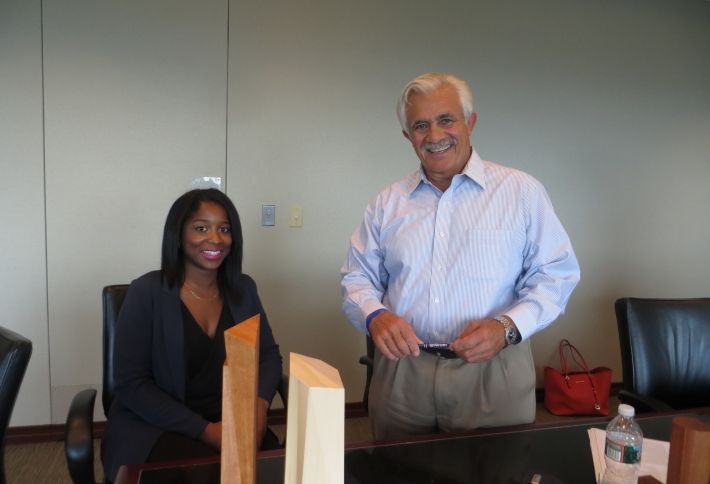 Don (with assistant Niki Alleyne), one of the last independent (smart and frank) Boston office developers, engaged in a war of words with then-Mayor Menino four years ago when he introduced his plan to replace the 1,400-car Boston Harbor Garage with a 1.5M SF complex of offices, condominiums, and a five-star hotel. Since then, he scaled back the program designed by Kohn Pederson Fox to 1.3M SF and introduced more public, ground-floor uses that provide access to the harbor and the Greenway. Currently negotiating with prospective tenants, he says the project is an “incredible opportunity” to sell water views, new technology and a new location. 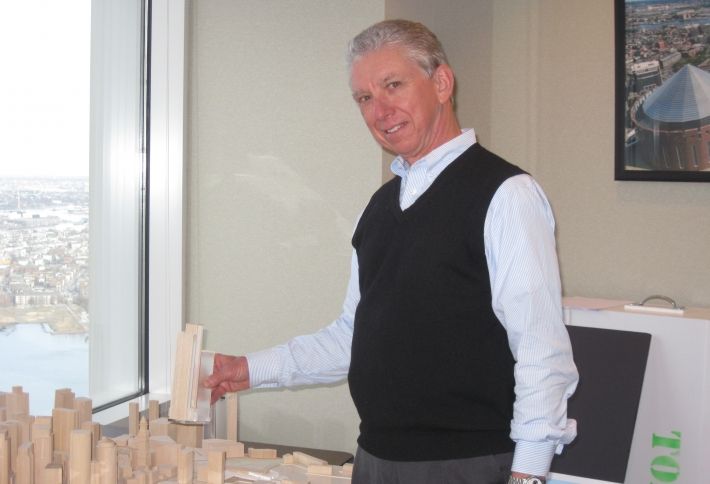 Don and company co-founder Ted Oatis are refining the project (temporarily dubbed Harbor Square) to pass muster with the city, state, and waterfront stakeholders, aiming to start 36 months of construction by late ‘15. Compared to the ‘80s, when Don and Ted developed International Place for $600M (currently valued at $1.3B, 7% vacant), it’s a new world. Back then, several other towers were in development; Bank of Boston led the group taking out the construction loan and TIAA-CREF assumed the entire first $330M mortgage. 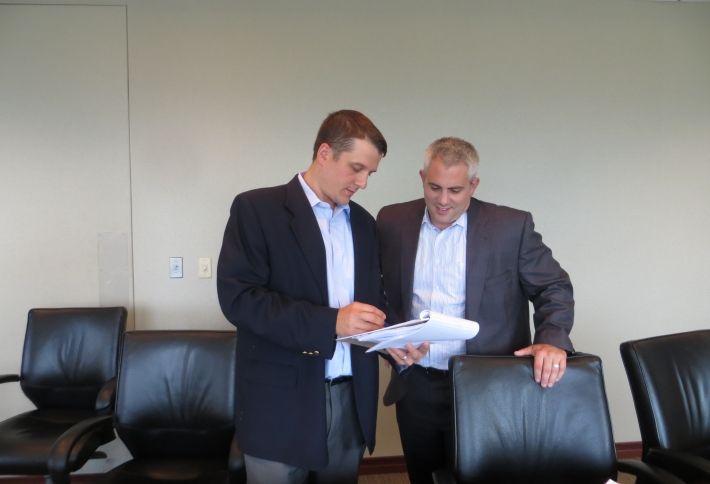 Now, Don and project managers Rob Caridad and Don, Jr (above) expect financing to be syndicated on the CMBS market. International Place was mostly debt and 33% pre-leased. Harbor Square will be up to 50% equity with more pre-leasing. Chiofaro’s equity partner is Prudential. He says there’s already significant interest in the office and hotel from major international players. 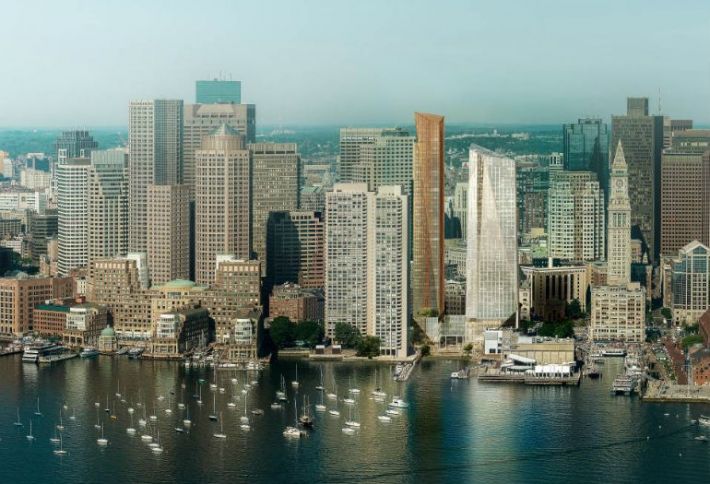 Given real estate’s seven-year cycles, Don expects some change in the economy as he develops Harbor Square, two towers of 600-feet and 537-feet, well above the as-of-right 155-foot height that's now being reviewed as part of the Municipal Harbor Planning process. But unlike the '80s, there are few new downtown offices or condominiums to battle. The 700k SF of Harbor Square offices will have open floor plates, advanced elevators, HVAC, and will be fully wired. Prices for the 120 residential condos will be on par with Boston’s rising high end. “We’ll be the new thing in the center of downtown with views on four sides,” Don says. 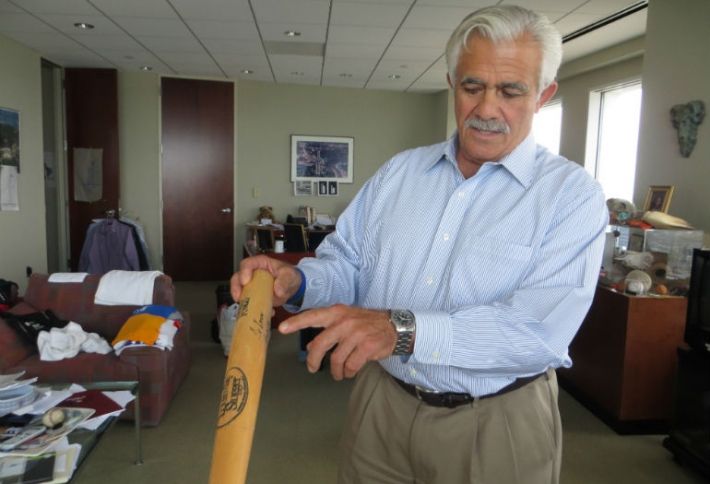 Don, whose dad was a cop, was raised (and still lives) in Belmont. At Harvard, he played baseball, football, and hockey. He showed us a treasure—a bat signed by Ted Williams, Bobby Orr, and Dave Cowens—and his office, which he considers his inner sanctum. While he’s optimistic about Harbor Square’s success, the garage he and Prudential purchased as a development site in ’07 for $153M continuously generates a solid return—6% per year during the recession; 9% per year post-recession. Just as International Place became a “cathedral to the old economy," Don says a few years after it opens, Harbor Square will be the place to mint smart young leaders of the new economy.