After 10 years planning the $470M, mixed-use Fenway Center, developer Meredith Management president John Rosenthal tells us it will be one of Bostons biggest developments anda true smart-growth transit and renewable energy oriented project. (Now people can stop whining, "Are we there yet?") 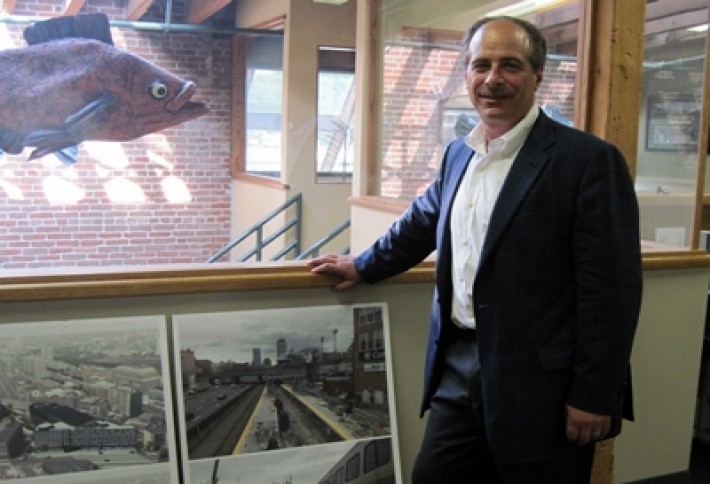 Tomorrow, the state Department of Transportation board is expected to give final approval to the project, the first major one in Boston that will be built on air rights over the Pike since construction started on Copley Place in the '80s, John tells us. (That was back when the construction workers dressed like the Village People.) Last week, the department approved the terms of the $226M, 99-year lease on 4.5 acres of state-owned land and the air rights, recommending approval by DOTs full board when it meets Wednesday. The 1.3M SF project includes: five buildings with 550 apartments; 167k SF of offices; retail; parking for 1,290 cars; parks; and new pedestrian circulation routes. 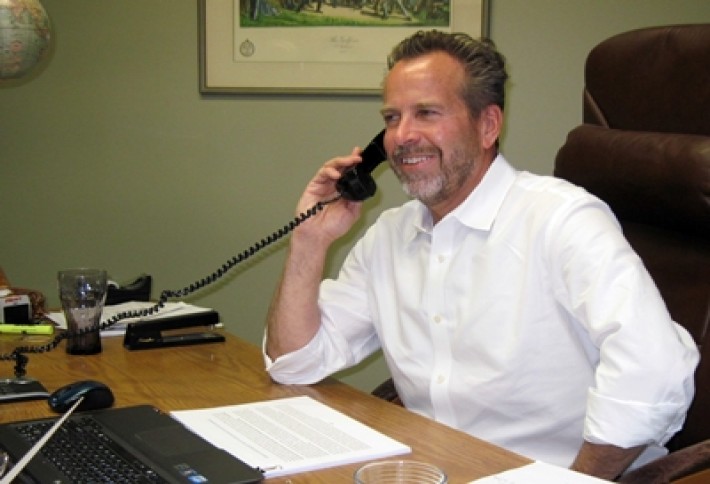 Meredith CFO Jonathan Hickok says their equity partner isToronto-based Bentall Kennedy.John,a longtime advocate for progressive causes, says an extra benefit is thatBenthall Kennedymanages union pension funds and Fenway Center will put union tradespeople back to work by generating 1,800 union construction jobs. It will spin off $2B in revenue to the city, the state, and in other economic activity over the lease term. Solar arrays installed on the parking garage willprovide the power needed to run the new $15M MBTA Yawkey commuter rail station upon its December completion. (It's about time that lazy, old sun did something besides bake us.) The site is between Fenway Park andthe LMA. 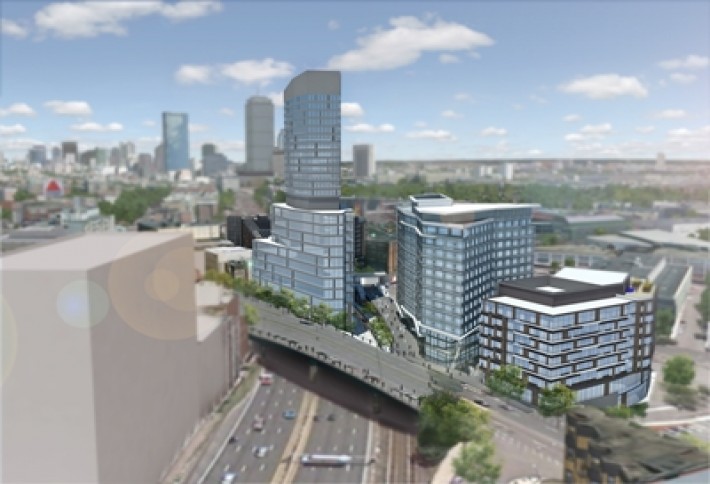 The development team--which includes The Architectural Team, John Moriarty, and J.F. White--is building a new neighborhood between existing neighborhoods long separated by train tracks, highway, and bridges: Audubon Circle, the Fenway, and Kenmore Square. Enabling work will start by the end of the year and construction on the $290M, 1M SFPhase 1 by Q1--420 rental apartments, 50k SF of retail, and 1,000 of the parking spaces. It's slated for completion by early16. The $180M, 300k SF Phase 2 will have a 27-story, mixed-use building with 130 apartments, 17k SF of lower-level retail, and 167k SF of offices.