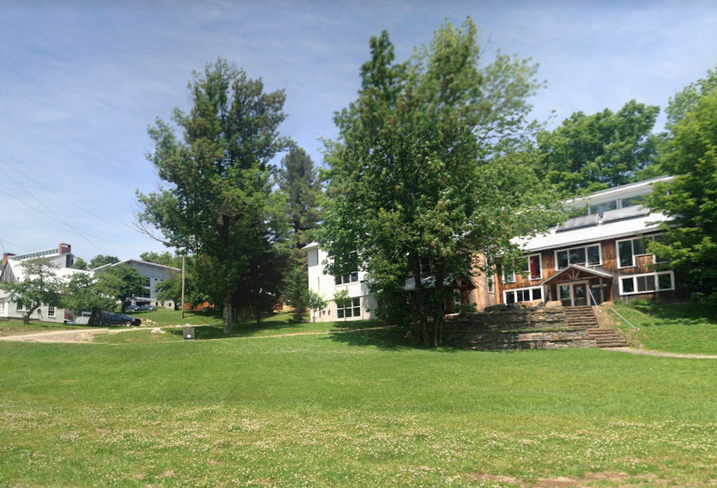 Southeastern Vermont’s Marlboro College, which is slated to merge with Emerson College in the fall, is selling its 530-acre, 58-building campus.

The campus in Marlboro, about 115 miles northwest of Boston, comprises 210K SF of dormitories, classrooms and lecture halls, administrative offices, a student center, dining halls, recreation and athletic facilities, a library and an auditorium, according to Colliers International Group, which has been chosen to broker the sale, along with V/T Commercial.

Emerson will absorb Marlboro’s $30M endowment and its real estate holdings, which in November were valued at $10M. Colliers did not list an asking price for the property in a release announcing it was on the market. The firm is offering virtual tours and accepting bids through Thursday.

“This is an exceptional opportunity to acquire a superb property, surrounded by the unparalleled beauty of New England’s natural environment,” Colliers International Senior Vice President Bruce Lusa said in a release. “Marlboro College faithfully served its town and the neighboring Brattleboro communities for nearly 75 years and moving forward, the campus’ location, value and infrastructure will ensure that its new owners will continue to positively impact the area for years to come.”

In 2018, Marlboro sold the 42K SF former site of its graduate and professional studies program in Brattleboro for $3M.

The annual Marlboro Music Festival, which has showcased classical music since 1951, will continue to be held on campus. The festival board’s chair, Christopher Serkin, told Vermont Public Radio in December that the festival has an ongoing lease for part of the campus.

Prior to the Emerson pact, Marlboro was in talks to merge with the University of Bridgeport in Connecticut. Those plans fell through in September 2019.