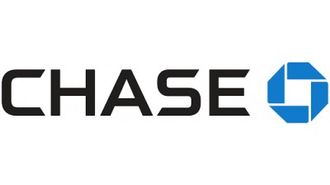 When the city of Boston threw its hat in the ring to win Amazon's new HQ, CRE professionals nationwide explored the impact the e-commerce giant would have on the city’s increasing real estate value. But Boston’s longtime status as a world-class city has already attracted investor attention. JPMorgan Chase’s Boston Commercial Term Lending team has seen activity in the market continue to grow throughout its 15-year presence in the market.

JPMorgan Chase has long seen continued growth in the city’s stabilized multifamily assets as more people flock to the metro area for its quality of life, higher education and strong employment opportunities.

“Boston is a priority market for us,” JPMorgan Chase Commercial Term Lending Regional Manager Robert Keenan said. “There is great growth opportunity, and it is a city that has fantastic support from its business community, its higher education community and long-term support from the city itself. We see it as a great place to continue to grow our business.”

Keenan joined JPMorgan Chase in 2012 and focuses his efforts on working with local real estate investors in the Boston metropolitan region. He does so with the help of client manager Daniel Vasserman, who spearheads multifamily lending in Boston. Vasserman serves as the local expert for JPMorgan Chase, supporting its boots-on-the-ground approach to lending.

Together, Keenan and Vasserman combine the global scope of the firm with its long-term local lending approach, providing Boston borrowers with competitive pricing and certainty of execution.

“We have really grown here by focusing on creating solid, long-term relationships with our clients,” Vasserman said. “In my role as the local originator, I want to be a true partner to my clients and not only build our multifamily presence, but bring the global resources of the firm to them here.”

JPMorgan Chase’s presence in Boston has made Vasserman and his team privy to the city’s continuing multifamily boom. Higher education has played a significant role in increasing the value of stabilized multifamily. Residents 25 years old and over with an undergraduate degree made up 44% of Boston's population in 2017, compared to the U.S. average of 29%.

Boston's highly educated workforce continues to grow, fueling job growth in sectors like education and health services. These sectors led employment gains during the last 12 months, growing by over 18,000 workers, according to Marcus & Millichap.

Vasserman and the local JPMorgan Chase team have seen increased stabilized multifamily activity in the areas surrounding Route 128, including neighborhoods like Brookline, Cambridge and Somerville, Vasserman said. Only 10 miles from Downtown Boston, the areas around Route 128 offer an in-demand rental market with access to key employment centers, as well as cultural attractions, retail and other amenities.

Multifamily vacancy rates hovered around 2.7% in Q3. While some experts are predicting an end to the positive cycle, the Boston market remains tight across all submarkets. Successful buyers of stabilized multifamily are the ones who can execute quickly and meet tight deadlines, Keenan said.

Working with JPMorgan Chase, borrowers get that speed. Last month, the team closed on a purchase in Beacon Hill in 19 days. The industry standard is between 60 and 90 days.

“Having a dependable lender who can execute in a timely manner and tight time frame is critical for clients in this market,” Vasserman said.

“We don’t try to predict where we are in the cycle,” JPMorgan Chase Head of Commercial Term Lending for the Northeast Kurt Stuart said. “We support our clients through ups and downs and make sure they are properly leveraged to weather them.”

JPMorgan Chase’s ability to provide streamlined, low-fee lending opportunities for borrowers throughout the commercial real estate cycle is one of the many features that set it apart from its competitors, Stuart said. One feature is the Feel The Free Campaign, which waives four major costs for borrowers: lender legal fees, appraisal fees, processing fees and Uniform Commercial Code filing costs.

Borrowers have the confidence JPMorgan Chase will execute for them and meet their deadlines.

“It’s another example of how we bring innovative solutions to clients in an industry that hasn’t always been an early adopter of innovation," Stuart said. "The greatest compliment is having our clients’ trust in our abilities and execution because they know that we will deliver and, ultimately, make banking simpler for them."