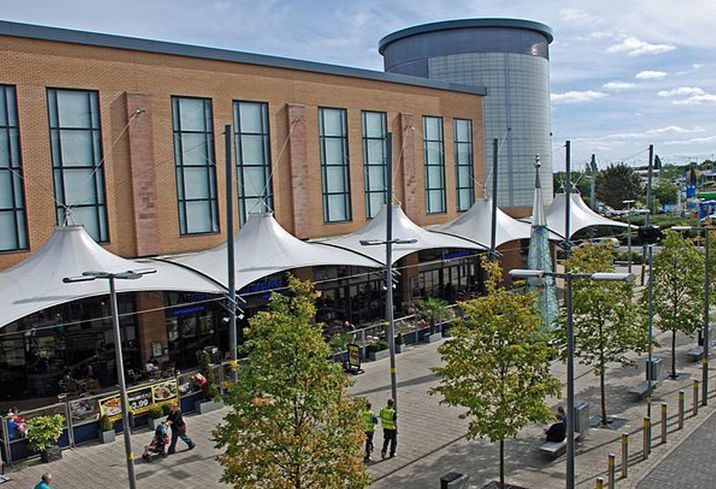 Brian Clift/Geograph
Merry Hill in 2009, when retail property values were so much sunnier.

How long can Intu hold back the retail tide? The stock market is beginning to wonder.

Shares in the specialist shopping centre REIT plunged by 28% to 51p on the news Intu's rental income had dropped by 18% in the six months to the end of June.

The company is now trading at an 80% discount to its net asset value. According to the people that buy and sell its shares the entire company, which has a portfo with a gross value of £8B, has a lower net value than just one centre owned by Westfield, Stratford City.

Look more deeply into the figures published in the July interim report by focusing on individual shopping centres, and the extent of the crisis becomes clear. A big reason for the fall in share price can be summed up in one word: debt.

According to the interim results, the value of Intu's Merry Hill shopping centre near Dudley has lost £263M in just 24 months, the equivalent of a 27% fall since the July 2017 interim report.

As recently as 2017 Intu agreed the refinancing of a £488M loan on the Merry Hill centre, a figure which now amounts to just short of 69% of the 1.6M SF Dudley shopping centre's value. That is close to the loan-to-value covenant of 75%.

Intu wrote down the value of its portfolio by 10% overall. Its overall LTV is 57%.

Intu has responded by announcing a five-year rescue plan. Earlier this month it was reported that Intu was considering head office redundancies.