After a year of record take-up by the flexible office sector, is there room for more? Or will WeWork find the Birmingham market saturated by the time it arrives in the city?

Two of the leaders of the U.K.’s serviced office sector say Birmingham has to watch out for occupier needs, hospitality skills, charlatans and the risk that the flexible sector will be squeezed by an economic downturn. 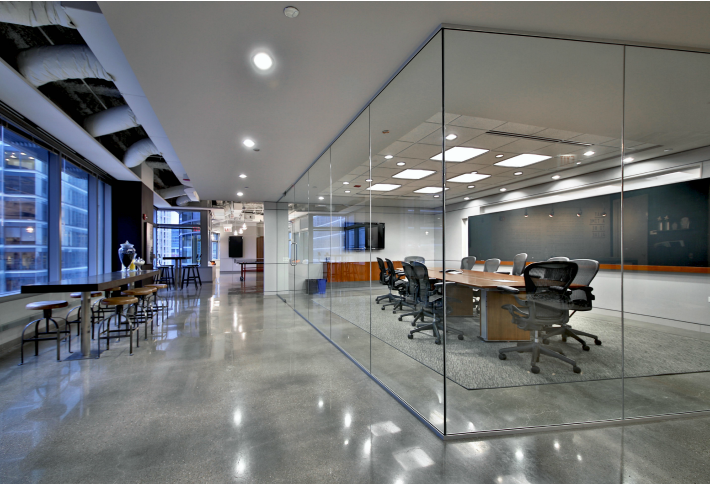 Such hype, so much excitement.

2018 was the year that the flexible office sector arrived in Birmingham, and it did so with a bang. Today the sector claims around a quarter of take-up in the city centre office market.

Can this pace of growth last, and can the market grow fast enough to support new entrants like WeWork, now searching the city for their debut location?

Bisnow brought together two of the flexible sector’s most experienced operators and asked them for their verdict. BESpoke Managing Director Jonathan Weinbrenn and BizSpace Commercial Director Emma Long, along with moderator and Knight Frank partner Jamie Phillips, shared their hopes and fears at the Bisnow Birmingham State of Offices event.

“The main thing to remember is that despite all the hype about flexible offices, we’ve been here more than 20 years, as has BE Group. What has changed is that newcomers have made the sector hot and put it on the map,” Long said.

Asked by Phillips if the expression coworking would still be as hot in three years' time, Weinbrenn said the sector was still evolving.

“The real estate sector is quite bad because we categorise space, but consumers don’t. They don’t care if its flexible, or coworking, or traditional, if they get what they want,” he said.

“The common factor is that the flexible sector is about floorspace as a service. So for now catchphrases come and go quickly because the market is evolving so quickly, and you hear things like coworking, accelerator, incubator. Gradually though we are seeing a merging of the market, and lines breaking down.”

Hospitality skills are what turns a flexible office operator from a retailer into a real service provider, Long and Weinbrenn agreed.

“We employed someone at our Glasgow coworking space to do music and lights, to create an ambience, and that is just like hotels,” Long said.

Weinbrenn speculated that new entrants to the serviced sector could come from the hospitality industry.

“What matters to occupiers are basically things like concierge services,” he said, of occupier needs. “There are serviced floorspace brands that only recruit their front of house staff from the hospitality sector, and I think that says a lot.” 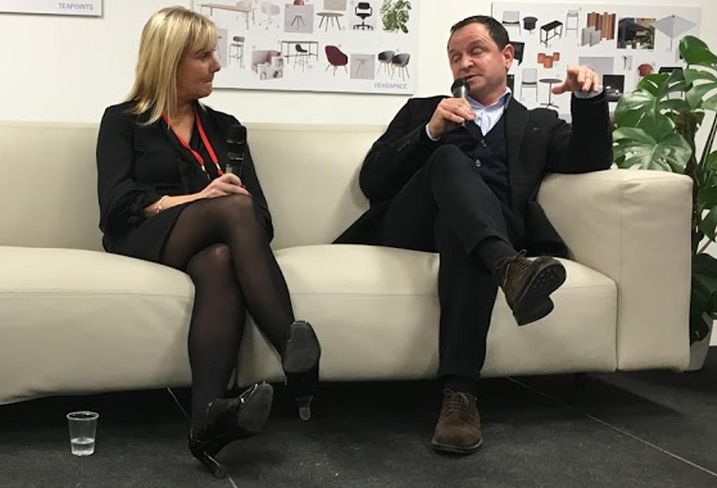 A rapidly expanding market can be exhilarating, but it is not always stable, and both Weinbrenn and Long expected further shakeouts, although they disagreed about the extent of the risks.

“Lots of operators have been jumping on the coworking bandwagon,” Weinbrenn said. “There’s no doubt that WeWork has elevated the conversation, but it is also true that the majority of their floorspace is probably let on short licenses not unlike serviced offices.

“What is fascinating is the way the traditional office market is responding to our work. For the first time we are seeing institutional landlords want to play in this space.”

Long and Weinbrenn agreed the traditional leasehold office market still has a lot of adapting to do.

“The traditional market is still an awfully long way from us," Long said. "They understand where our growth is coming from, and they understand that small businesses are growing a lot faster than the rest of the economy, but it will be a good few years before they really change their attitudes.”

Weinbrenn added: “Fifteen years ago we were the poor relations of the traditional agency world, and they engaged with us as a last resort. Now they realise that they need to involve flexible space from the early stages and that it is part of a sense of amenity in their office building, part of an ecosystem that can grow businesses that can scale up in that building, but also providing vibrancy that traditional tenants can exercise.”

However, panellists stressed that a chasm in expectation and approach still existed between the leasehold market and the flexible market.

“The conventional real estate market is ripe for disruption because it hasn’t moved with the times,” Weinbrenn said. “The motivation for most of the institutional and landlord interest in flexible space is to retain or attract occupiers, or reduce voids or protect asset values, but none of their reasons revolve around enhanced levels of customer service, and those show the chasm between the traditional world and ours. Although that is starting to shift.”

Long said that traditional landlords were starting to listen to occupiers.

“We have to keep listening to the market, and the market hasn’t listened, really listened, until the last couple of years.”

Can Birmingham cope with more serviced office providers? Long was convinced the market would keep on growing.

“There are 1.3 million micro businesses out there that need floorspace, and it is not available,” she said. “There’s not enough of us in the flexible sector, so I think it will be very unusual to see flexible operators fail although some will do better than others, even the charlatans, because we still need more flexible floorspace,” she said.

“A lot of people entered our world because it was cool and sexy and there was a buzz about it, but they don’t know what they are doing and they are not making money, and when the recession comes their occupiers can just walk away. So my concern is that there will be a lot of fallout, and we may see merger and acquisition activity. But then maybe I’m just a very grumpy person.”