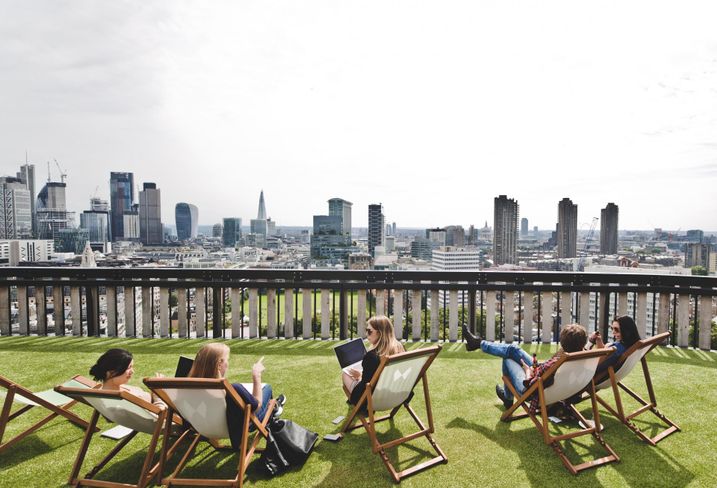 A few days of sunshine, and suddenly everyone wants a roof terrace.

Research by JLL and digital office broker Hubble shows a staggering 238% increase in the number of potential UK tenants listing an office roof terrace among their list of desirable amenities.

Office roof terraces have become a feature of offices in many cities with a good record of sunshine, but also in Manchester and Birmingham, where Hines’ £4M refurbishment of the 52K SF Oozells Building included a glass-parapetted terrace. Google's proposal for a London roof garden is among the most striking deck renderings and staggering examples abound in China.

Hubble analysed the searches on its platform in the UK between 2017 and 2018, finding that companies are placing wellbeing and happiness high on their priority list when searching for new space.

Demand for pet-friendly offices jumped by 14%, with an 11% rise in demand for both fruit and snacks and a gym. Demand for beer and wine remains steady (up 2%), perhaps a more realistic source of pleasure than roof gardens in the variable English climate.

Demand for breakout spaces held steady, but there was a marked drop in interest in event spaces and meeting rooms, down 25% and 18%, respectively.

Demand for 24-hour access to the workplace also fell (down 15%) but there was a sharp rise (up 17%) in demand for phone booths to allow private conversations.

Greatest increases for facilities within offices (2017 to 2018)

Largest decrease in searches for facilities within offices (2017 to 2018)