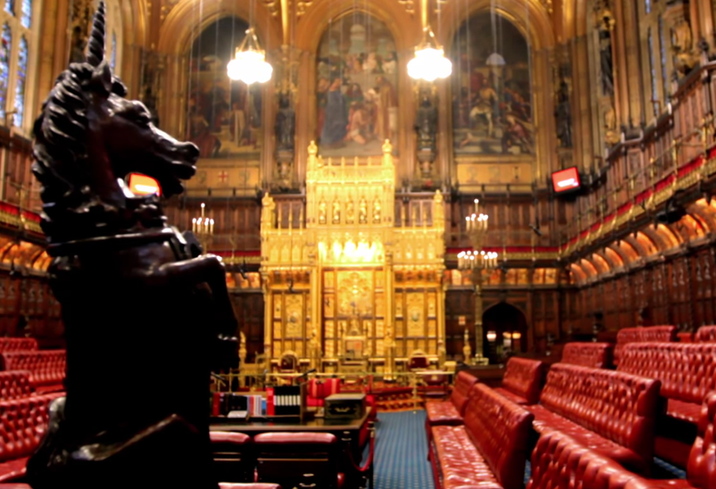 Wikimedia Commons
The House of Lords chamber, Palace of Westminster

Is the House of Lords coming to Birmingham? Is the Conservative campaign HQ also relocating from London to the Midlands?

The new government wants to show it is rebalancing the UK economy in favour of areas like the West Midlands. That the Conservative party won an increased haul of seats in the connurbation undoubtedly influences government thinking.

Unfortunately neither relocation is likely to mean much for the office market, however much it might boost Birmingham's prestige.

York has been tipped as the favourite, with Birmingham second, as the government considers relocating the House of Lords during the forthcoming refurbishment of the Palace of Westminster, due to begin in the middle of the decade.

The difficulty with physically separating the House of Commons from the House of Lords is that in a bicameral parliament they both work together. Government ministers and civil servants would be spending hours on the train to York or Birmingham, and peers spending yet more time on trains heading the other way.

"The location of temporary accommodation a long way from Whitehall would add significantly to the cost and logistical complexity of the restoration and renewal programme, and introduce numerous challenges for the smooth operation of both parliament and government," a joint committee looking into the issue concluded in 2016.

The House of Lords occupies only a small fraction of the 869K SF internal floor area of the Palace of Westminster, once ceremonial spaces are excluded. Peers have offices in a handful of surrounding Westminster buildings, but these are few and small.

As the new year began, the Conservative party suggested that it might move its campaign HQ to Birmingham.

Analysts at the University of Birmingham suggest the economic impact would be limited.

“The largest impact of such a move would be one of messaging,” Policy and Data Analyst Ben Brittain said. “The move of CCHQ would also cement a narrative that could be sold to other potential organisations thinking of a presence in Birmingham.”

However, both the Lords and CCHQ relocations are pale substitutes for the real relocation of power, Brittain said.

“For the greatest impact, there needs to be a greater devolution of powers from Westminster to city regions. If the move of CCHQ to a Midland or northern city is the start of that process, then that should be welcome, and Birmingham should be eager to house the new CCHQ.”