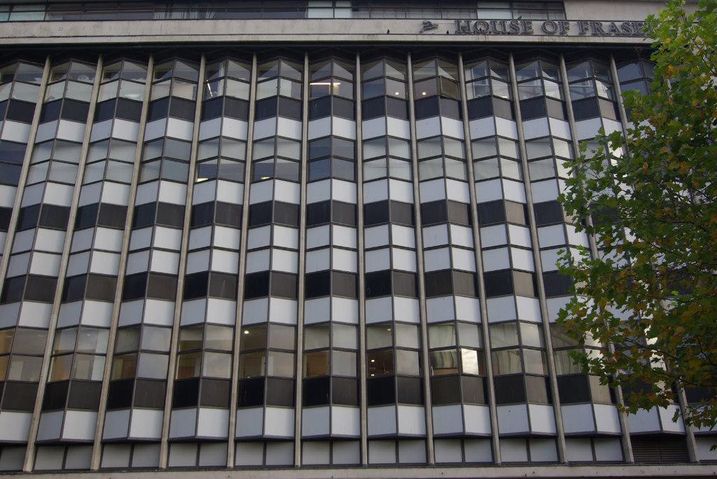 Six months after Birmingham's city planners first considered Legal & General's £110M plan for the city's former House of Fraser department store, it is back before councillors. Heritage bodies are still objecting to the plans for a 200-bed hotel as part of a 1M SF plus redevelopment across two blocks. But the plans are set for approval nonetheless.

Despite lopping 4.7K SF and one storey off its proposals, the Legal & General plan still faces unanimous opposition from official heritage consultees including the council's own design panel, which said the proposals would result in "substantial harm" to Cathedral Square, the city's picturesque heart. Legal & General bought the site in 2015.

Legal & General applied for permissdion for 525K SF of offices, and 524K SF of retail, restaurants, leisure and ancilliary space in the Corporation Street block, and a 200-bed hotel in the Temple Row block.

The House of Fraser department store will have to relocate if it is to continue to trade, the report implied. "The redevelopment of 71 Corporation Street would
commence first in 2019, followed by works commencing on 43 Temple Row in 2020. This is due to the current lease arrangements for the two buildings," the report said.

The main store building design dates from the mid-1950 and the store was finally opened in 1966.