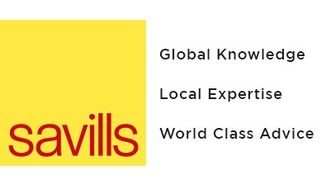 Two Sectors, Both Alike In Dignity, In Fair Birmingham Where They Are Changing The Scene

The office and retail sectors are the Montagues and Capulets of Birmingham city centre. Standing face to face each side of Colmore Row, fated never to mingle and to live out their lives independently from one another. They might just have a happier ending in store than the families of Romeo and Juliet, however.

Today, the evolution ofm Birmingham’s retail core is drawing the office sector out of its historic home. The radical changes to the city’s infrastructure have turned traditional pedestrian and transport routes across the city on their heads, while people are asking for a different offering from real estate.

“Change is being forced on the market,” Savills Birmingham Head of Development John Griffiths said. “But the market is extremely receptive.”

What is emerging from beneath the cranes and dust is a city determined to benefit from the life that mixed-use developments can bring. This energy is attracting the interest of not only the UK, but the global real estate market.

“Birmingham city centre is going through unbelievable change,” Griffiths said. “I say to people, if you haven’t been here in the last 12 months, you haven’t been here. We thought the city changed in the 1990s when Brindleyplace was developed, but now we realise that change was glacial compared to now.”

The number of large-scale schemes completed, underway and planned in Birmingham is impressive. The creation of Grand Central, anchored by John Lewis, has already changed how people shop. The ongoing development of Paradise Birmingham will change how people live and work. The sheer scale of schemes surrounding Centenary Square is mind-boggling.

These schemes are being carried out against the backdrop of HS2’s onward march. Already, new pedestrian routes have emerged across the city but when Curzon Street Station opens in 2026 it will spin the axis of the city again.

For several years the location of the retail core has been moving with the changing flow of the tides, and now the office sector is following suit. Griffiths believes it's about time.

“The evolution had to happen,” he said. “The retail core has had to reinvent itself around significant infrastructure changes, while the growth of the office core was being constrained by age-old boundary lines.

“Today, the two sectors are starting to mix together, bringing a buzz to the area and providing a much more balanced work/life environment. You could argue that this change could have happened years ago, but there was no drive. Now there are real opportunities for the growth of the office core, which are increasingly mixed-use opportunities.”

A sector under pressure

The pressure on Birmingham’s office market to evolve has intensified in the last few years. At 1.9M SF, supply is at its lowest level on record, according to Savills. Grade A supply has shrunk by 33% in the last 12 months alone. Take-up in Q1 2019 totalled 194K SF, 48% above Q1 2018, and although 1M SF is due to complete in the next two years, 59% is pre-let.

This growth is showing no signs of abating. More and more startups are being drawn to the city, led by increasing venture capital funding. The city’s tech and digital sector currently employs about 70,000 people, which Birmingham City University predicts will grow by a further 14,000 roles across the West Midlands by 2025.

Mixed-use schemes where retail, residential and offices work in harmony together are exactly the types of environments that the employees of such startups tend to migrate to. They are also the schemes that are much loved by the growing cohort of coworking operators.

“Both WeWork and The Office Group are moving in on the city,” Griffiths said. “Expectations are that this will become a significant sector.”

All this change and activity has piqued the interest of the global real estate sector. The city is gaining more inward investment than any other UK city, according to EY, while Griffiths reported that the number of investors looking to have a conversation about Birmingham at Mipim this year was unprecedented.

“I really think Birmingham will be a very different place again in five years,” Griffiths said. “If you stand in Centenary Square and look around, the vista will change before your eyes. Buildings are being demolished, the public realm has been developed to make way for the Metro, there’s a sea of cranes on the horizon. The changes happening now are significant.”

The area around Centenary Square and Arena Centre is also an ideal example of how sectors can work together. HSBC has moved in, HMRC’s new hub is being developed, Dandara Living’s residential scheme is nearing completion and the University of Birmingham is creating its first city-centre facility on Broad Street. In this one location, you have offices, residential, retail and education.

As people continue to find new ways to cross the city, the office and retail sectors will become even more star-crossed as mixed-use continues to grow. Birmingham is a city rebuilding its fate, brick by brick.

This feature was produced by Bisnow Branded Content in collaboration with Savills UK. Bisnow news staff was not involved in the production of this content.

Savills
Savills is one of the world’s largest real estate firms. Established in 1855, we now have over 30,000 employees in over 600 offices and associates throughout the Americas, Europe, Asia Pacific, Africa and the Middle East. Through our advice, our property management capabilities and our transactional services, we help our clients to fulfil their real estate needs – whatever and wherever they are. Savills UK operates across 135 offices nationally and services the full spectrum of the real estate sector through our 300 different service lines. We provide a complete range of property solutions throughout the life-cycle of any real estate asset nationwide.
Confirmed! You are subscribed to the Bisnow Birmingham E-Newsletter.
Most Read Stories
More Top Stories
Bisnow Birmingham Newsletter
Bisnow Birmingham Newsletter

Success! You are subscribed to the Bisnow Birmingham Newsletter.