Lendlease's £1.5B Birmingham Smithfield Development About To Take A Great Leap Forward 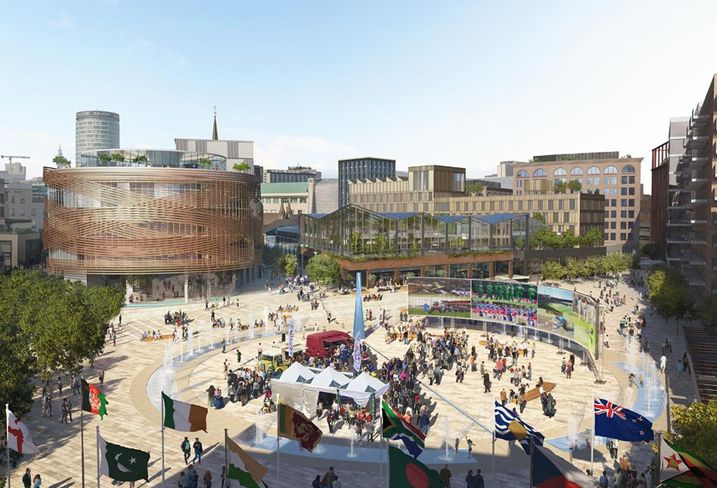 Lendlease has edged closer to securing the development agreement and the compulsory purchase order that together open the door to Birmingham's £1.5B Smithfield development.

The redevelopment of Birmingham’s 41-acre Smithfield site is about to take a post-pandemic leap forward, with decisions due next month.

Lendlease is due to be formally awarded the development contract at a meeting of Birmingham’s ruling cabinet at a meeting on 23 June, the council’s forward plan revealed.

The same June cabinet meeting will agree a “compulsory purchase order (CPO) to be for the acquisition of land, property and other interests at the Birmingham Smithfield site for the purpose of securing vacant possession of the site to facilitate a major city centre regeneration project in accordance with the Smithfield Masterplan,” documents said.

Lendlease will form a contractual joint venture with the city council and led the creation of an urban quarter that includes a new home for the city’s historic Bull Ring retail markets, a family destination including a leisure and cultural offer, a new public square, integrated public transport and more than 2,000 homes with a public park and community facilities. The development will be a short walk from the new HS2 city-centre terminus at Curzon Street, which is set to open in 2026.

David Kohn Architects was chosen in January as the winner of an international competition for the Smithfield site.

The new markets will be the centrepiece of the Smithfield development, capitalising on its position between the Bullring, Digbeth and Birmingham’s existing New Street and future HS2 stations.

Lendlease were selected in January 2019 after a runoff with Delancey and its partners Oxford Properties, Qatari Diar and APG.