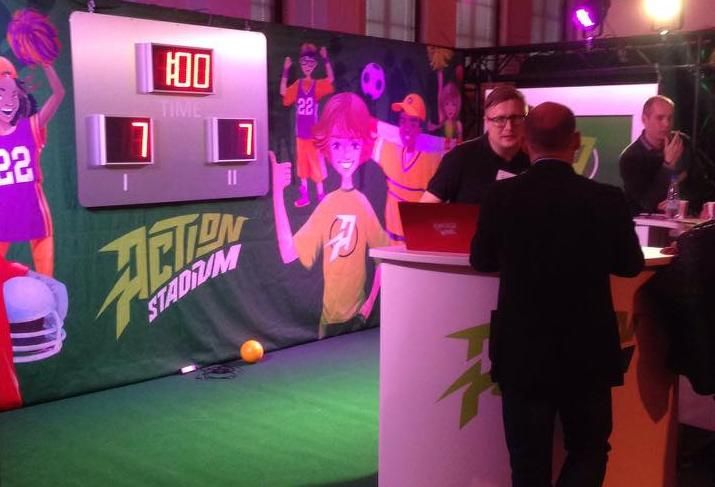 Fatnasiaworks.com
Get ready to game at Action Stadium: an outlet in Finland

A family leisure operator selling "gamification" is to open its first UK outlet in Birmingham.

Action Stadium, which hails from Finland, said it is the first time gamification has been deployed on the high street.

The concept revolves around what the promoters call "healthy addiction" and mimics some of the properties of online games, only this time in real life.

Action Stadium said it is promoting a healthy, active lifestyle which builds on the online gameplaying popular with many children. Points are accumulated as users tour the different games, and at the same time they get fit. Parents worried about kids spending hours on mobile phones can now relax, knowing the darlings are getting lots of exercise.

The firm revealed last year that it planned to bring its brand of point-scoring children's games to the UK, opening as many as 25 sites by 2023.

From a UK base in Chester, Action Stadium is working with Finnish games supplier Fantasia Works.

Action Stadium has taken a 15-year lease on a 39K SF unit at Star City, Birmingham, and will offer a diverse range of family-friendly sports and games, all with an added twist of gamification. Players gain points, compete in leaderboards and level up, all enabled by a wristband equipped with radio frequency identification technology.

The site will be the first global location for Action Stadium, based on its successful model in Finland. The deal was secured by Savills, which acted on behalf of Quadrant Estates.

Action Stadium launched a requirement for 25K to 60K SF units in September 2018.

The new gamification concept could help leisure operators refocus their centres toward family-focused experiences. Star City is among those rethinking its offering, and undertook a rebrand earlier this year.

In addition to recent deals with Costa Coffee and Domino's, Tenpin Bowling recently upsized its site at the centre, agreeing a new lease for 25 years, and Vue Cinemas has also extended its commitment to the scheme for a further 25 years following a lease re-gear. A further 20K SF of leisure space is also on the market, following a resizing of Vue, with opportunities for another family-friendly leisure operator to join Star City’s lineup.

“It’s really exciting for Star City to have secured the first Action Stadium site in the UK. Gaming and esports is becoming an increasingly popular trend within the leisure sector,” Savills Director of Leisure Carlene Hughes said.