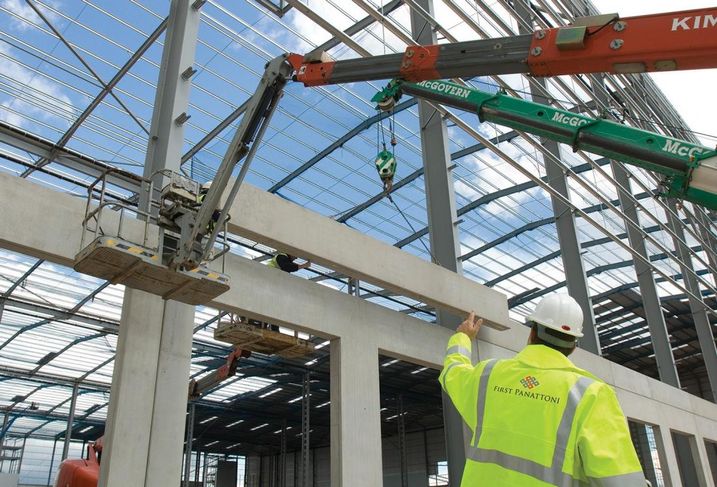 First Panattoni
First Panattoni has broken ground on their latest development: Wolverhampton450, a 450,000 SF industrial logistics building, which will reach completion in October.

There will be more speculative shed developments and less built-to-suit, rents will rise by an average of 2.4% or more in the next five years, and sheds will get bigger.

These are the conclusions of JLL’s Big Box Market report, which revealed Midlands Grade A logistics take-up rising to 12.3M SF in the first half of the year.

The East Midlands took the largest share of new floorspace in the six months to June at 45%, with the West Midlands reporting 15% of total demand.

Logistics companies were the most active source of take-up, at 38% of the total whilst the growth of online retail has continued to generate new demand for warehousing with retailers accounting for 34% of demand.

Nationally, JLL's forecasting model predicts distribution rental growth of 2.4% a year over the five years 2018-2022 based on the MSCI national distribution segment, but certain prime locations should see stronger growth than this.

"In Wolverhampton we are seeing one of the largest spec buildings in the Midlands coming forward from First Panattoni, one of Europe's biggest names in logistic schemes," JLL Director of Industrial and Logistics Carl Durrant said. "Nearly 450K SF of space is being developed for completion in Q4 of 2018.”

“It's the same picture nationally, with a change in the take-up of new space and speculative product eating into the dominant built-to-suit share. Based on our monitoring of the supply pipeline, we expect speculative development to continue to rise, including larger units."