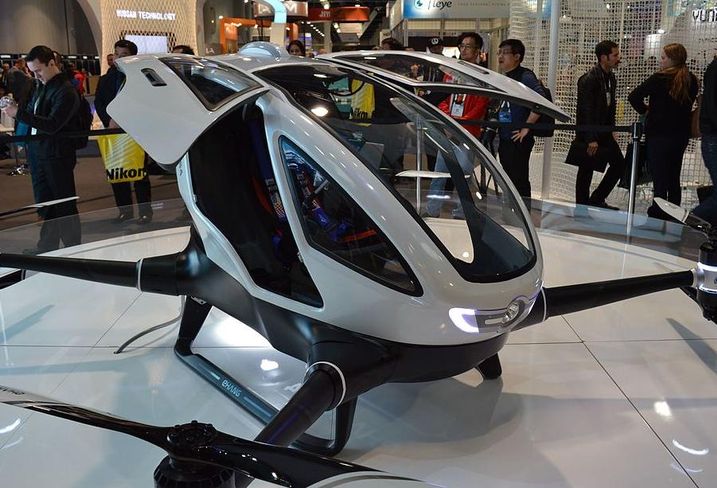 Ben Smith/Wikimedia Commons
Is it a taxi? Is it a drone? It is coming to Manchester one day soon.

At the recent Uber Elevate event, prototype taxis and eye-catching skyport docking centres were unveiled, and the firm made commitments to take the Uber flying taxi service to customers in Dallas, Los Angeles and one other (as yet unnamed) city.

Coventry University has now been chosen as a partner in the Uber Elevate project.

By 2020, it is possible the skies will host electric vertical take-off and landing vehicles (eVTOL), the project's sponsors said.

The project is developing the new type of aircraft to transport people on four-person ride-sharing flights in major cities worldwide, with the aim to reduce road traffic congestion and pollution.

Academics and students from Coventry University’s research Institute for Future Transport and Cities will be involved. Key issues include the potential hazards of the aircraft, such as motor or structural failure, fire risks and battery problems.

“The challenge from congestion means the one space available to lever congestion is all around and above us," Uber Head of Northern Cities Neil McGonigle said. "Think part drone, part fixed wing, the technology for this is here now because battery technology has caught up sufficiently to make this feasible.

“We’re committed to the first test flights in 2020, the first services in 2023; it’s a long-term vision which may look a little bit sci-fi but we think the technology is really there.”