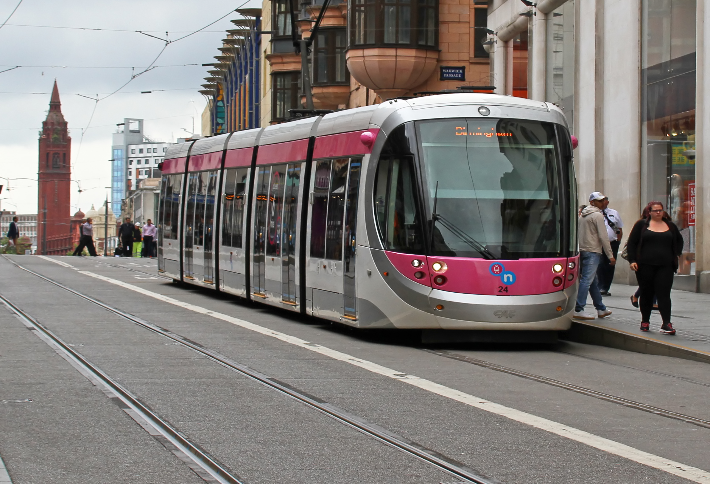 At last, some movement related to the HS2 high speed rail line, even if it isn’t the kind most Brummagems are hoping for.

The government has approved delayed plans for a 1.7km eastern extension of West Midlands Metro’s Line 1.

The extension, required as part of the package of infrastructure to support Birmingham’s hosting of the 2022 Commonwealth Games, had become embroiled in the HS2 controversy because it crossed part of the area reserved for the new HS2 Curzon Street station. Two metro stops will serve the station. The government’s decision ends the delay.

The extension, part of a £1.5B tram expansion plan, will help open up some significant development opportunities in Digbeth and around Curzon Street. It takes the line from Bull Street in the city centre via Queensway and Hammerson’s Martineau Galleries development site to Digbeth and High Street Deritend.

Meanwhile reports suggest nothing much to cheer about HS2 itself. Staff at the government-owned railway company have been warned of redundancies whilst Andrew Sentance, a senior member of the Oakervee review panel looking in to the future of HS2, has accused the government of selective quotation and preparing to misrepresent the panel’s generally positive conclusion about HS2.

Current speculation focuses on shelving the £28B Birmingham to Leeds and Manchester element of the line, perhaps replacing newly laid track with upgraded existing track.

However, this will provide scant comfort for the Midlands because the viability of the Birmingham to London part of the HS2 line depends on the existence of the northern Birmingham to Leeds and Manchester section.

HS2 Chairman Sir Terry Morgan told the Railway Industry Association annual conference in November 2018 that without the northern elements, the HS2 project was in serious peril.

“The truth is, that without the northern section of HS2 there isn’t a business case for the line at all," he said. "You wouldn’t do HS2 on the basis of Phase 1 [London to Birmingham] on its own. HS2 definitely needs Phase 2, otherwise it does not work.”