The Andy Bike Is Dead, But Don't Feel Too Bad About The Collapse Of Birmingham Bike-Sharing 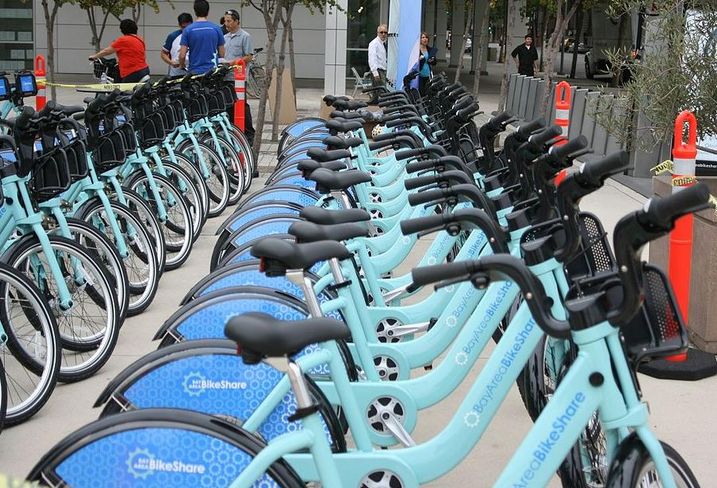 Richard Masoner/Flickr
Bike-share in California, where it works

Birmingham's bike-share scheme has collapsed. With just 25 of a promised 5,000 bikes actually available, and those few going no further than Wolverhampton, Transport for the West Midlands has cancelled their contract with German operator nextbike.

This is a blow to the prestige of West Midlands Metro Mayor Andy Street, who was hoping that something resembling former Mayor of London Boris Johnson's successul Boris Bikes could be transplanted to his patch. But the Andy Bike has been stillborn. The pilot, launched in February by Street, was ended in August, Coventry Live reported.

Along with extension of the tram network and the much discussed clean air zone designed to take diesel vehicles out of Birmingham city centre, the non-freewheeling Andy Bike was part of a strategy to regreen the West Midlands' connurbations' notoriously car-based transport infrastructure.

The clean air zone is in trouble, but extensions to the Midland Metro are in progress. Trams are now being tested on the Westside extension to the Town Hall and beyond. However, the £137M Eastisde extension is uncertain due to its relationship to the High Speed 2 project. The 7-mile Wednesbury-to-Brierley Hill extension is, however, on track.

Yet Birmingham shouldn't feel too bad about the Andy Bike wobble. Bike-sharing has been a troubled business since it first began, with the homeland experiences of Chinese pioneers like Mobike and Ofo scarcely encouraging.

Problems of vandalism, bike disappearances and subsequent reappearances in canals, bins or back gardens, have been the main problem in a low-margin but capital-intensive business.

Manchester's Mobike scheme was summarily ended in 2018 when the abandoned bikes became a regular trip-hazard for pedestrians. Mobike said antisocial behaviour and vandalism meant the scheme was not sustainable.

Nextbike said it would replace Mobike, but progress has been scant. The latest suggestion of a fresh start is from Greater Manchester Bike Tsar Chris Boardman.

Ofo pulled out of London earlier this year and simultaneously abandoned talks with seven other local authorities. Reading's ReadyBike scheme ended the moment a government subsidy was withdrawn in March, ScotRail closed its bike-share scheme in August, talks with a Chinese operator about a Leeds scheme stalled earlier this summer, and Sheffield's scheme went the same way as Manchester's in 2018.

The failure of bike-sharing to work in big cities outside London has led some to complain that UK cities are insufficiently well-mannered to cope, and residents simply do not understand the idea of sharing. It is not clear how this theory explains the success of bike-sharing in London, a city notorious (everywhere outside London) for its selfishness and bad manners.