Sinkholes and Mineshafts: West Midlands Development Has Its Pit Falls 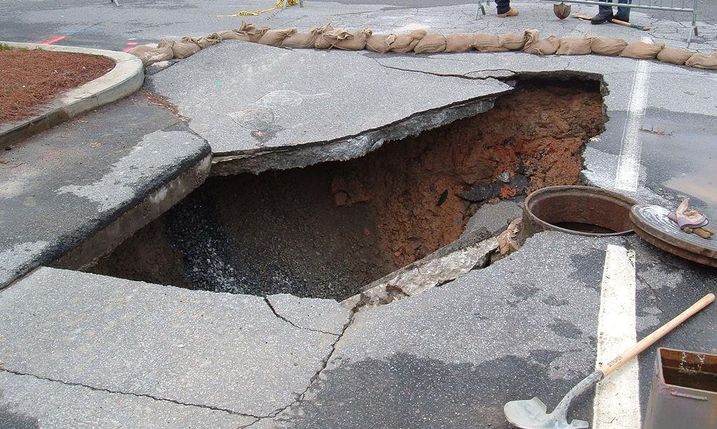 Scott Ehardt/Wikimedia Commons
A city sinkhole, but not a big one

Few sinkholes are as large as the one that opened earlier this week in the Chinese city of Xining. The enormous hole swallowed a bus and, it is now believed, nine people.

But sinkholes (sometimes called dolines by geologists) are not uncommon in the UK, and appear to be rising in numbers due to heavy rainfall in recent years with 10,000 sinkholes reported to the National Karst Database since 2002.

The West Midlands is particularly vulnerable due to its soluble limestone rock formations (Triassic gypsiferous rock is the main culprit).

A small, perfectly round sinkhole opened just three weeks ago in the Birmingham suburb of Bearwood.

Another perfectly round hole appeared in the middle of a busy road in Hall Green in 2018, another much larger one in Wednesbury in 2017 and in Selly Oak in 2016 causing a dramatic torrent of floodwater to race down Harbourne Lane. Sharing similar geology, a large sinkhole appeared in Derbyshire in November 2019 and in Nottingham city centre in September 2019.

The region’s coal-mining history complicates the problem and adds to the sinkhole risk. Whilst most sinkholes are caused by erosion of soluble rock, some are caused by the collapse of mine workings. Fears like these have motivated concerns about a modest housing development in Wolverhampton. Such concerns are not uncommon. 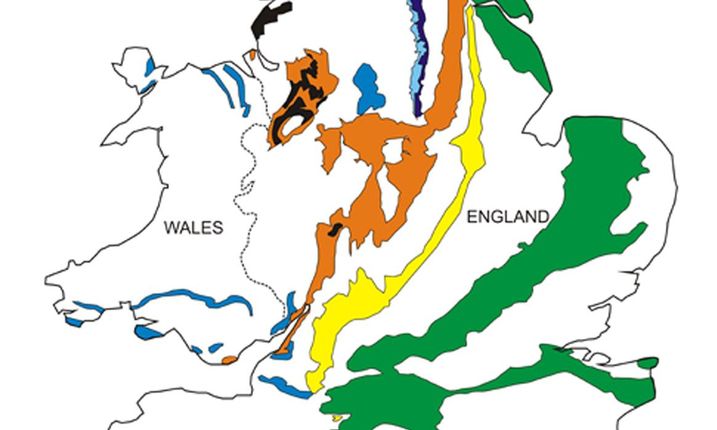 According to the British Geological Survey dissolving limestone, caused by heavy rainwater, rising water tables or something acidic getting into the water, is the predominant cause of UK sinkholes. Problems deeper underground, like cave collapses, are also often associated with unusual flows of water. Leaking pipes can also trigger sinkholes.

The bad news for the property industry is that new development could also be to blame. “Construction and development are also potential triggers. Modifying surface drainage or altering the loads imposed on the ground without adequate support can caused sinkholes to develop,” the British Geological Survey said.

The good news for Birmingham landlords and developers is that the risk of sinkholes is much higher over the salt deposits of Cheshire and the extremely soluble Permian gypsum deposits around the Yorkshire town of Ripon.

You can find data on the locations and frequency of sinkholes by consulting the Karst Database here (karst is the kind of topography created when soluble rocks dissolve).