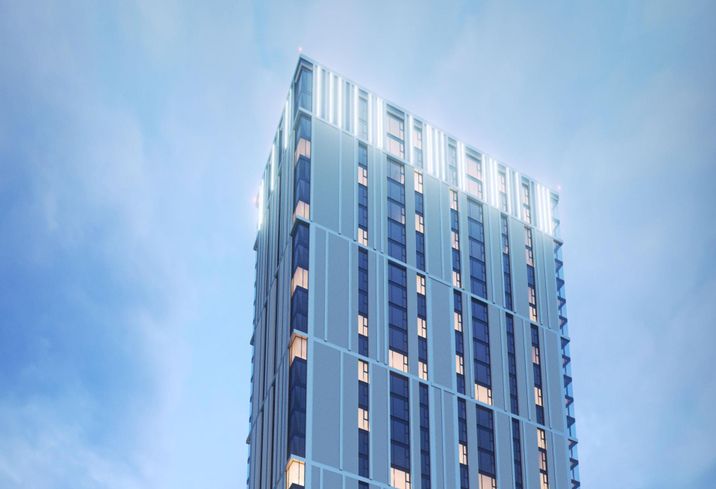 When confidence is high, the buildings get higher. This is certainly true of Birmingham, a city that has been experiencing a renaissance during the last few years. Major schemes are rewriting the city centre, rerouting pedestrians and providing the facilities the city has been asking for.

The scale of Birmingham’s commercial property transformation has increased demand for high-end residential in the city centre. Regal Property Group is one developer leading the charge to meet that need. Its development of The Bank, which comprises two residential towers, is nearing completion and is spurring others on.

“Birmingham is well into its redevelopment, but there is more to come,” Regal Property Group's Mark Holbeche said. “Major schemes are planned around the centre and the west side. As long as rents are competitive and companies want to come here, there will be appetite for high quality housing alongside it.”

Many studies evidence the city’s growing popularity. According to the Office of National Statistics, more people are moving from London to Birmingham than to any other UK regional area. Financial comparison website Know Your Money recently named Birmingham as the best city outside the capital in which to start a business. The West Midlands Growth Company’s State of the Region report 2019 suggests that the growth of the West Midlands is outpacing the rest of the UK.

Much of the city’s resurgence is down to the sheer scale of the city centre renovation that is currently underway, as well as improving transport links. Paradise Circus is midway through its transformation into a vast mixed-use scheme, including 1.74M SF of office space and 120K SF of retail and leisure. Arena Central is on its way to becoming a 1.2M SF mixed-use development with a new public realm. New metro lines are under construction, while the redevelopment of New Street station has already improved many people’s first impressions of the city.

“Against this backdrop, there is a huge appetite for high quality residential in the city,” Holbeche said. “There’s a renewed appetite from investors both locally and nationally, including several large pension funds. Several large companies are setting up headquarters here, such as HSBC and PwC. The number of excellent universities creates a pool of readymade employees on their doorsteps. This has all created a big upswing in high-end residential during the last five or six years.”

Holbeche believes that Regal Property Group’s decision to develop The Bank just off Broad Street has been the catalyst for other developments in the area. He is director of the Westside Business Improvement District, which has done considerable work in recent years to boost security and the profile of the area.

“The Bank is the first new major residential development in this area of Birmingham and now a number of high-rise schemes are being planned or are under construction along Broad Street,” Holbeche said. “These schemes are a true indicator of the strength of the market.” 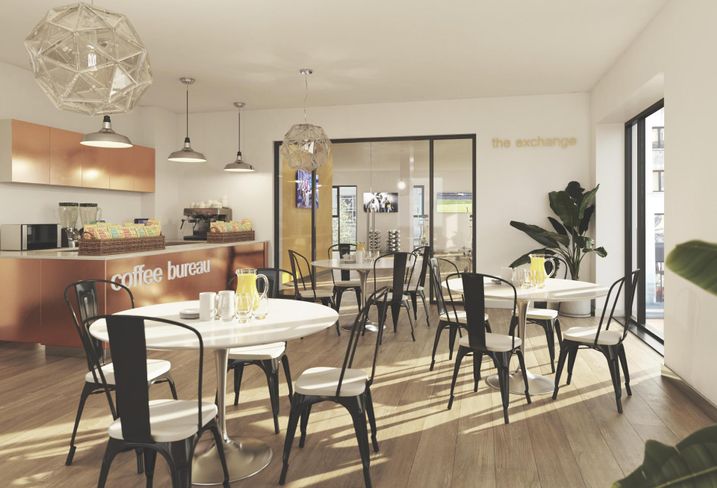 Notably, Regal Property Group isn’t just delivering residential apartments. The Bank includes facilities such as a gym, landscaped gardens, a coffee lounge and private dining spaces with a kitchen. These amenities are what a resident might expect in a block designed for the private rented sector, which is what sets Regal Property Group apart, Holbeche said.

“We were one of the first developers to bring high-end residential to Birmingham, not the only developer,” he said. “The difference is we are selling on the open market, while the other high-end blocks are for rent.”

In a bid to create a community, The Bank will hold events for tenants such as yoga and cooking classes. The intention is to enable people to mix and make friends, to create a community, Holbeche said. Though this type of residential experience is new to Birmingham, the city’s resurgence means that this is where the market is heading.

“All types of people, owner occupiers or renters, expect more facilities than they used to,” Holbeche said. “Developers in the city are interested in creating communities to retain residents for as long as possible. If there are no facilities, people will move on to the next new build as soon as it’s ready.”

The first element of The Bank, Tower 1, completed in June 2018 and is fully sold. Tower 2 will complete in November and many apartments are already sold. Regal Property Group has clearly tapped into what should be a growing market as Birmingham’s profile continues to rise alongside its buildings.

This feature was produced by Bisnow Branded Content in collaboration with Regal Property Group. Bisnow news staff was not involved in the production of this content.