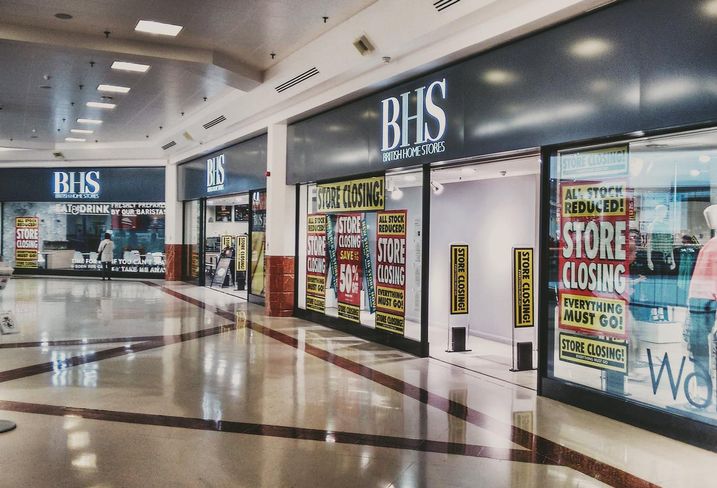 First the retail revolution consumed the department stores: Are the landlords that banked on these stores becoming a delicious second course?

Names like BHS that once filled thousands of square feet in Britain's regional shopping centres are no more, and others like House of Fraser and Debenhams are closing stores. New figures from Intu, owners of Dudley's Merry Hill and Manchester's Trafford Centre, reveal the extent of the damage, with £1.4B wiped off the value of its property portfolio in just 12 months.

The answer for landlords could be to sell off surplus sites for housing development. Intu has 470 acres of undeveloped land at its six major out-of-town shopping centres, and the prospect for more intensive use of city-centre sites. The business is looking at a potential for 5,000 apartments and 600 new hotel rooms, with an initial 1,700 build-to-rent units, Construction Enquirer reports.

In his accompanying statement, Intu Chief Executive David Fischel remarked that a further 10% fall in valuations would wipe another £920M off the valuation and amount to a 22% fall in valuation since January 2018. In those circumstances net asset value per share, already down from 411p to 312p would slide again to 243p.

Intu's valuation tumbled from £10.5B to £9.2B, a fall of 13.3%. A substantial revaluation of department store anchor tenants played a large part in the revaluation, described by Intu as "conservative."

"This was driven by weakening sentiment in the UK retail property investment market, as illustrated by the low level of transactions," a note to the accounts said, adding that Intu's average net initial yield was slightly improved at 4.98%.

The report pledged to "refine the portfolio to concentrate on regional destinations" as part of a strategy to reverse a debt-to-asset ratio rising to 53%, above their 50% target. Net external debt is £4.9B, up just £32M on last year, but now looking exposed thanks to lower valuations.

The silver lining is that footfall fell by 1.6%, rather better than the average for retail destinations of 3.5%.

Last month Green Street Advisors reported that Intu’s leverage level is “alarming and needs to be addressed sooner rather than later".

In a note dated 14 January on the UK’s largest listed property companies, Green Street said Intu and fellow retail REIT Hammerson were “playing with fire" due to higher-than-optimum levels of debt, with Intu’s leverage of particular concern.

A consortium including Brookfield walked away from a deal to buy Intu at 210p a share, and after today's results the company's stock fell to 109p a share.